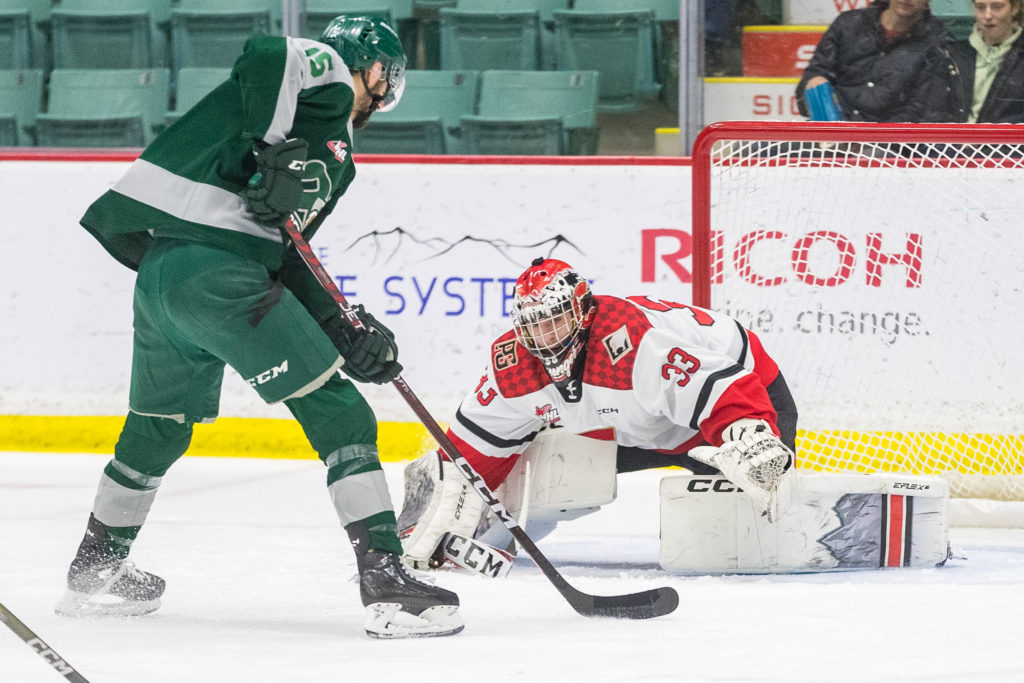 The Cougars struck first as Riley Heidt scored just 38 seconds into play, but the Silvertips regrouped just minutes later as Austin Roest netted his 21st of the season at 5:10 with an assist from Dominik Rymon.

Ryan Hofer scored the first of two at 6:36 on the powerplay, converting a one-timer from between the dots off a feed from Jackson Berezowski. Hofer later generated a breakaway for himself with a neutral zone poke check, sliding a shot though the five-hole of Ty Young for his second of the game and 23d of the season.

Koehn Ziemmer brought the Cougars to within one with a powerplay goal at 19:54 in the second period. Jesse Heslop snapped a 12-game goalless drought with a highlight-reel caliber tuck-in goal at 4:00 in the third period, sealing a 4-2 victory for the Tips.

Tyler Palmer stopped 26 of 28 for his second win as a Silvertip.

The Tips rematch the Cougars tomorrow night, with live coverage beginning at 5:30 p.m. on KRKO Radio. Tickets to the Silvertips’ return home on Jan. 13 and 14 are available by clicking HERE.