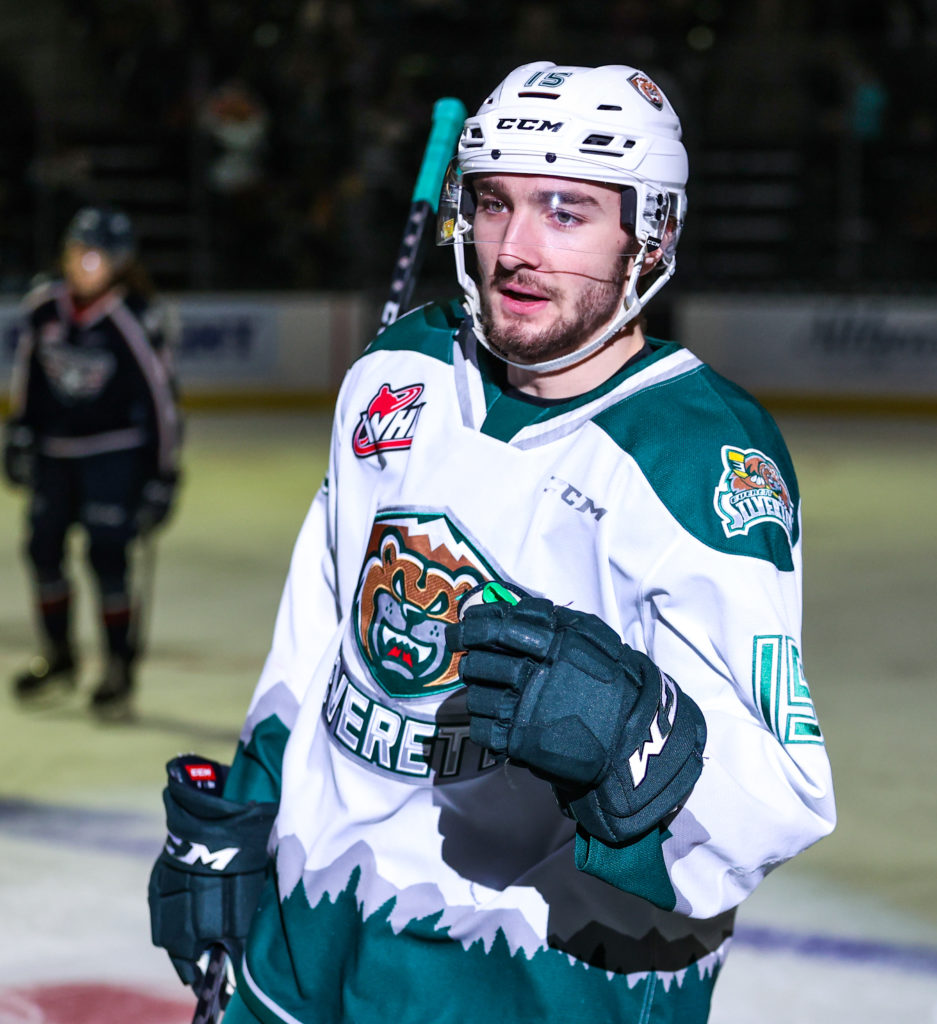 EVERETT, Wash. — Taco Hat Trick Night finally returned to Angel of the Winds Arena after over a month of waiting. Ryan Hofer completed the hat trick in the third period as the Silvertips rolled past the Tri-City Americans 6-3 on home ice Sunday night.

Hofer opened the scoring on a delayed penalty, as strong 6-on-5 possession led to a wraparound chance for Hofer 5:51 into the first period. Hunter Campbell would follow that up with Everett’s second short-handed goal of the season, slipping a shot through Tomas Suchanek’s five-hole for a 2-0 Everett lead.

Tri-City’s Connor Bouchard would pot a rebound goal before period’s end to halve the deficit.

Jacob Wright deflected a Dylan Anderson slap-shot from the blueline past Suchanek for his 13th goal of the season. Later in the period while on the powerplay, Jonny Lambos kick-started a give-and-go rush, leading Jackson Berezowski who in turn fed Ryan Hofer for his second of the game.

After three successful penalty kills early in the final frame, Hofer would complete the hat trick at 15:04 in the third period, wiring a wrist shot through traffic in a net-mouth scramble for his first career WHL hat trick. Ty Gibson would chip in his first goal of the season to cap off a 6-3 win.

The three stars of the game featuring a taco hat ⭐🌮

“It feels nice to get my first career hat trick, but it couldn’t have happened without my teammates,” said Hofer. “That’s just the foundation of our team. After last night’s loss, we needed to bounce back and really show what we’re made of.”

The Silvertips play host to the Kelowna Rockets Friday night on home ice.