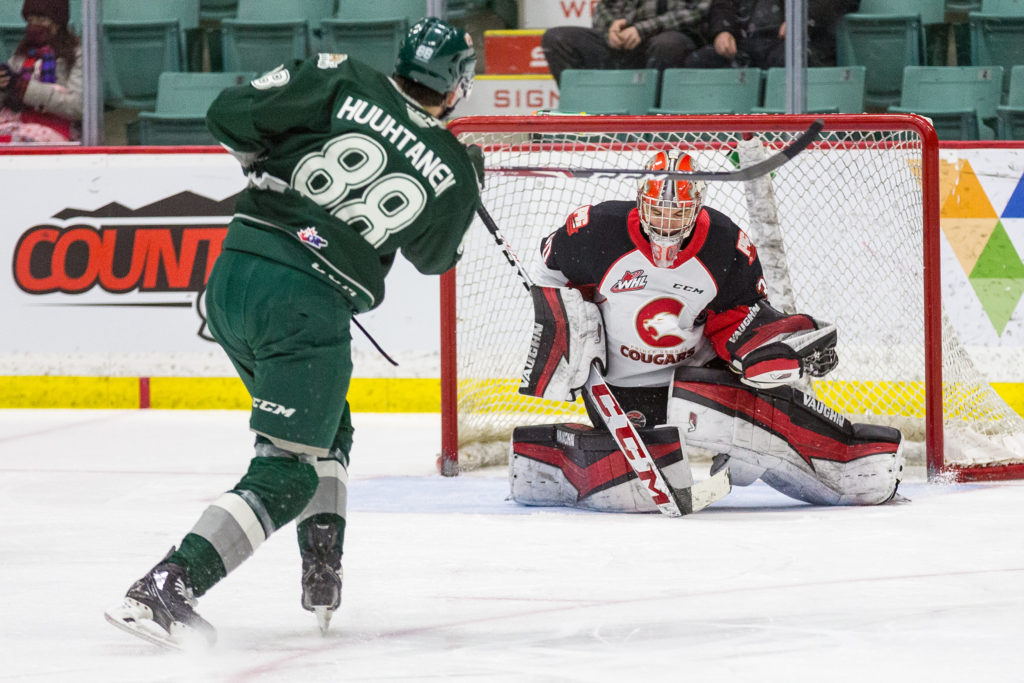 It’s only his second of the week.

Huuhtanen’s goal and three assists plus Ryan Hofer’s two goals helped the Everett Silvertips over the Prince George Cougars 4-2 at the CN Centre Wednesday night, closing out 2021 with a flourish.

Ryan Hofer opened the scoring just 13 seconds into the second period, banging home a loose puck in front of the Prince George net for his first of the game. Huuhtanen blasted home his 16th goal of the season and his 13th of the month of December with a one-timer on the powerplay to give the Silvertips a 2-0 lead.

Hofer contributed a one-time goal of his own later in the second on the man advantage, followed in short order by a third powerplay goal off the stick of Alex Swetlikoff- his 17th marker of the year.

Koen MacInnes finished with 31 saves on 33 shots for his 10th win of the season. Huuhtanen’s four-point night is his fifth straight multi-point outing. His 25 points in the month of December leads the Western Hockey League. Ryan Hofer has registered points in 14 of his last 15 games. He has collected eight goals and 14 assists over that stretch.