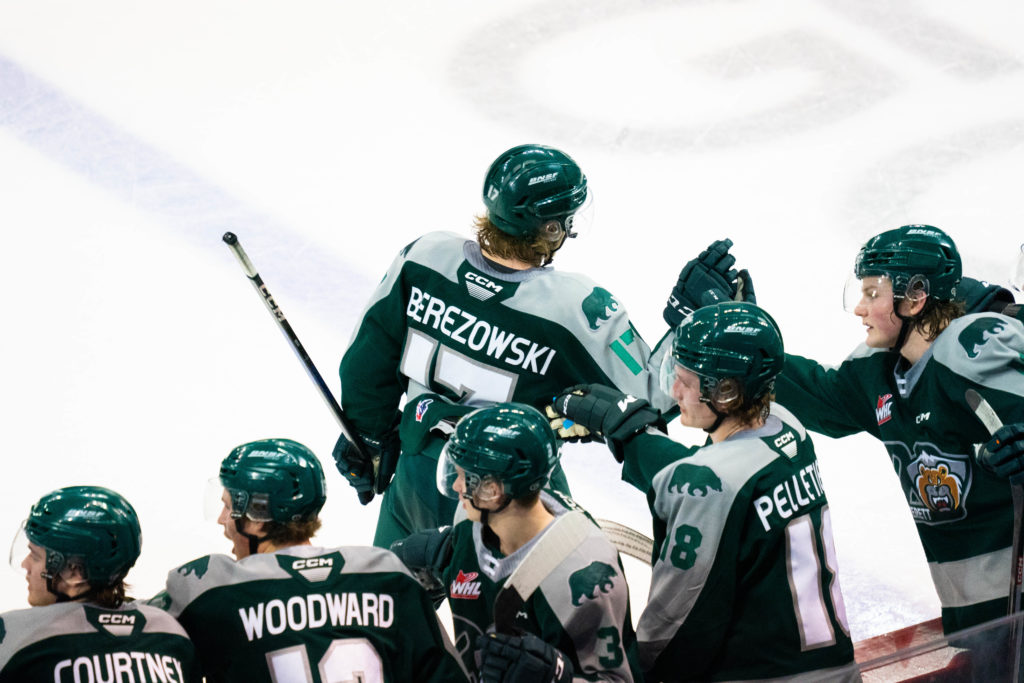 Austin Roest opened the scoring with a backhander down low, netting his 23rd goal of the year at 10:53 in the first period. Kaden Hammell netted his first goal as a Silvertip at 17:48, a wrist shot from the right-wing circle for his sixth of the season. A powerplay goal by Jackson Berezowski with six seconds remaining in the period gave Everett a 3-0 lead after one.

Berkly Catton and Ty Cheveldayoff brought the Chiefs to within one in the second period, but Berezowski restored a multi-goal lead at 15:08 with a powerplay backhander.

Everett erupted for five goals in the final frame, beginning with a Roan Woodward breakaway goal at 5:37 in the third. Berezowski completed the hat trick at 6:34 in the period, shortly followed by Oren Shtrom’s second of the year at 9:10.

Dexter Whittle completed the scoring with a goal at 10:59, his third point of the night.

Jesse Heslop ended up with four helpers on the evening. Kaden Hammell finished with three points in his Silvertips debut. Raphael Pelletier picked up his first point as a Silvertip on Whittle’s goal, the ninth of the evening.

Berezowski now sits at 106 career goals, one behind Tyler Maxwell for third all-time and six away from tying the franchise record set by Patrick Bajkov.

The Silvertips return home for a reunion against Olen Zellweger, Ryan Hofer and the Kamloops Blazers Friday night at 7 p.m. The first 1,000 fans receive a Silvertips rally towel. Saturday night, the Tips host the Tri-City Americans at 6 p.m. with over $5,000 in prizes available to win during the first intermission’s Great Paper Airplane Toss. Tickets are available by clicking HERE.