GAME RECAP // Left in the Dark 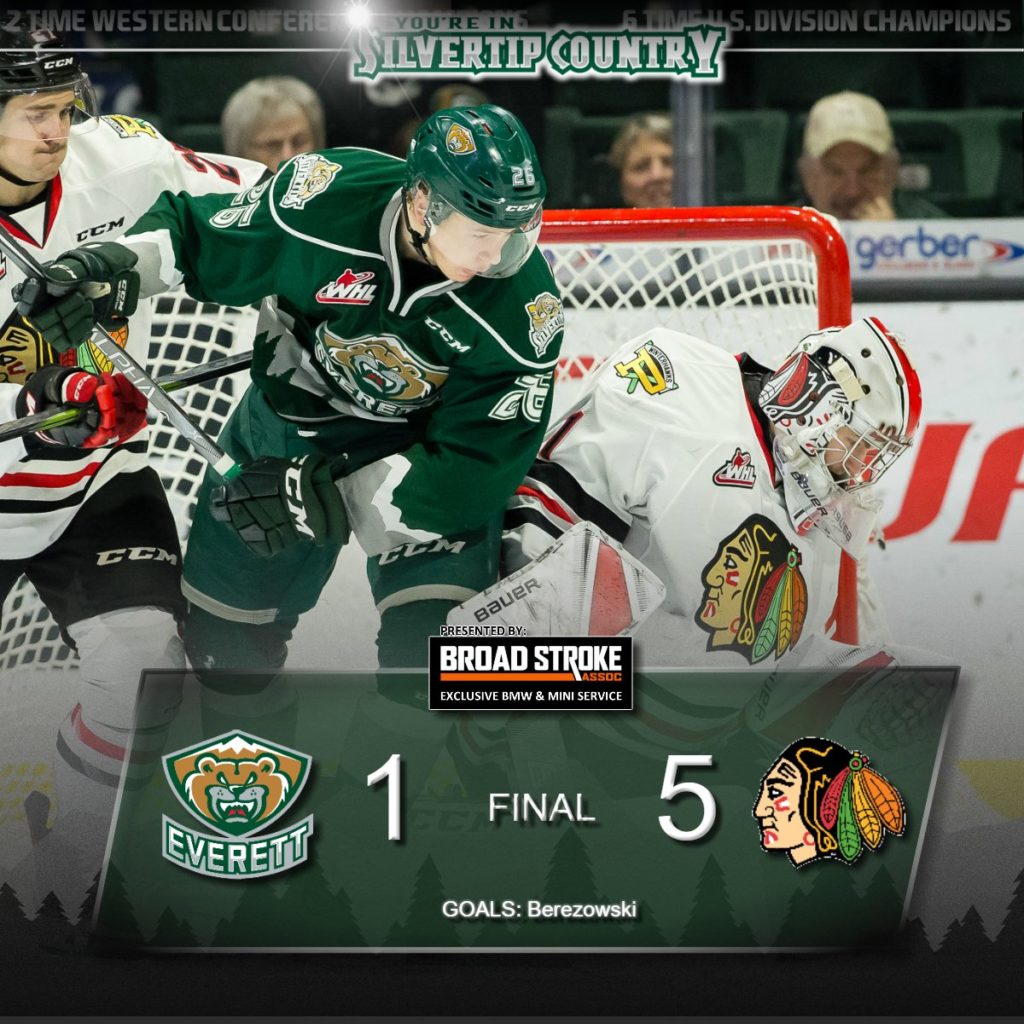 PORTLAND – Joachim Blichfeld and Cody Glass each collected three points to break a scoreless tie in the third period to help the Portland Winterhawks get by the Everett Silvertips, 5-1 on Saturday night before 8,012 fans at Veterans Memorial Coliseum in WHL action.

Dustin Wolf and Joel Hofer exchanged saves through the first 40 minutes until the Winterhawks scored twice in 1:09 to take a 2-0 lead. Jackson Berezowski broke Hofer’s shutout bid with 15 seconds left in regulation.

Both teams elevated the pace in a scoreless first period with Dustin Wolf showcasing two big saves on Joachim Blichfeld early in the game, and a breakaway stop on Seth Jarvis with a minutes left in the period.

The Tips best look in the second period came on a Bryce Kindopp breakaway, who misfired over the net but Connor Dewar returned the rebound to the net quickly on a backhanded wraparound that was stopped by Hofer’s stick.

At 3:56 of the third period, Blichfeld finished a backhander between the circles, set up by Glass for a 1-0 lead after the Tips narrowly missed forcing a turnover at center ice. Jared Freadrich scored from the left circle on a two-man advantage at 5:05 and Glass extended the lead to three after a Silvertip turnover behind the net, set up by Josh Paterson at 15:19.

The Tips earned a late power play after a tripping penalty to Freadrich and pulled Wolf for a 6-on-4 situation, earning a pair of high quality looks including a Kindopp chance at the left post that was stopped by Hofer’s pads. Jake Gricius finished an empty netter with 3:48 left and Brendan deJong put the Winterhawks up 5-0 before Jackson Berezowski stashed a shutout busting rebound with 15 seconds to play.