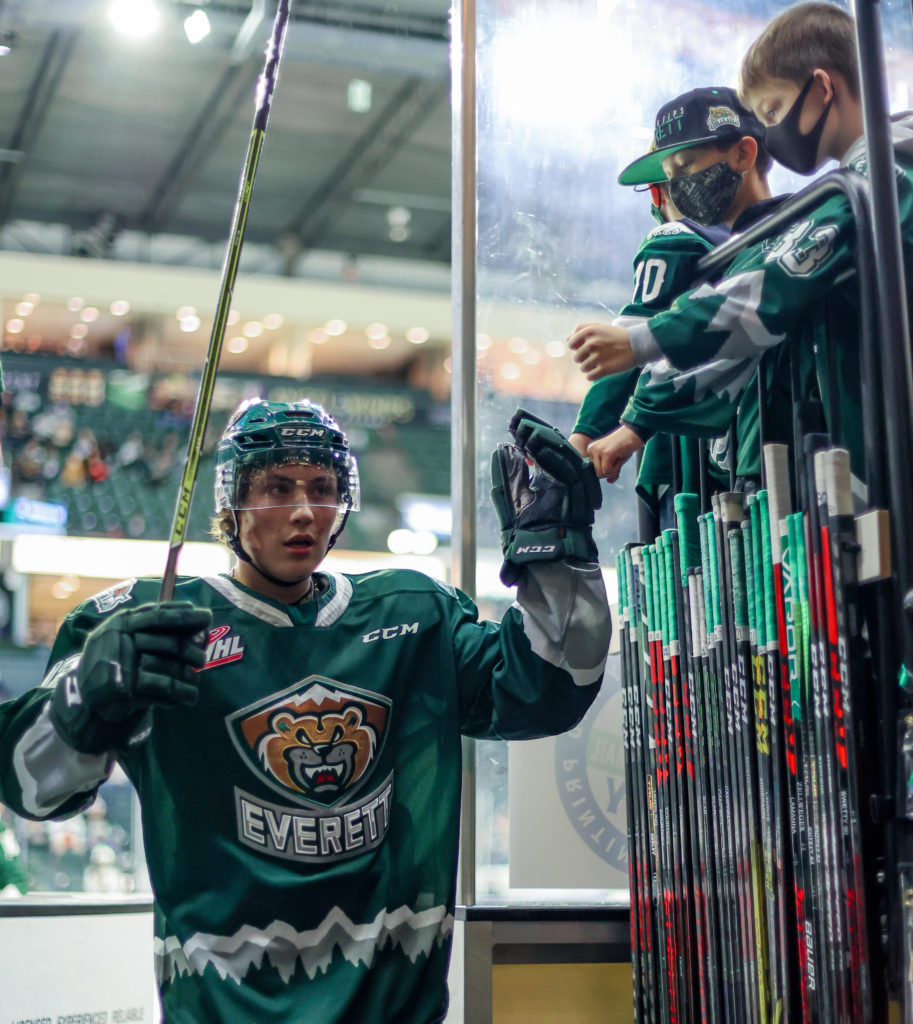 PRINCE GEORGE, B.C. — Swetlikoff, Niko and the Kids earned a wild overtime win at the CN Centre, as the Silvertips bested the Prince George Cougars 6-5.

Niko Huuhtanen opened the scoring at 2:07 in the first period, sneaking a shot from the left-wing boards through the five-hole of Prince George goaltender Ty Young for a 1-0 lead. Huuhtanen was answered at 6:13, as Blake Eastman banged home a rebound in front of the Silvertips’ net. Ethan Samson gave the Cougars their first lead of the game with a shorthanded breakaway goal at 13:23, only to be equaled by an Alex Swetlikoff powerplay goal just 37 seconds later.

Kyan Grouette would give the Silvertips a 3-2 lead at 4:46 in the second period, potting the first goal of his WHL career in his debut game. Grouette would be followed by another first, this time by Roan Woodward, as the 16-year-old danced through the Prince George defense for a 4-2 advantage.

We know all about Ronan.

Jaren Brinson scored a powerplay goal for the Cougars in the waning minutes of the second to cut the deficit to one.

Prince George would even the score early in the third period, as Koehn Ziemmer snapped a wrist shot over the shoulder of Braden Holt for his eighth goal of the season. Ziemmer would later set up a go-ahead strike for the Cougars, as Riley Heidt scored on a 3-on-1 rush to give Prince George a 5-4 lead.

The lead would last just 42 seconds, as Niko Huuhtanen grabbed his second goal of the game by dancing through three Cougars defenders for his 15th of the season.

Entering into Prince George’s first overtime game of the season, the Silvertips backed the Cougars into their own zone as Aidan Sutter dropped the puck back to Huuhtanen. Huuhtanen wired a pass in front of the net for Alex Swetlikoff, who buried the game-winner at 2:15 in overtime.

Holt stopped 32 of 37 in the victory. Huuhtanen finished the night with four points, his second consecutive four-point performance and third straight mulit-point outing. The Finnish winger now has a league-leading 22 points in the month of December alone.