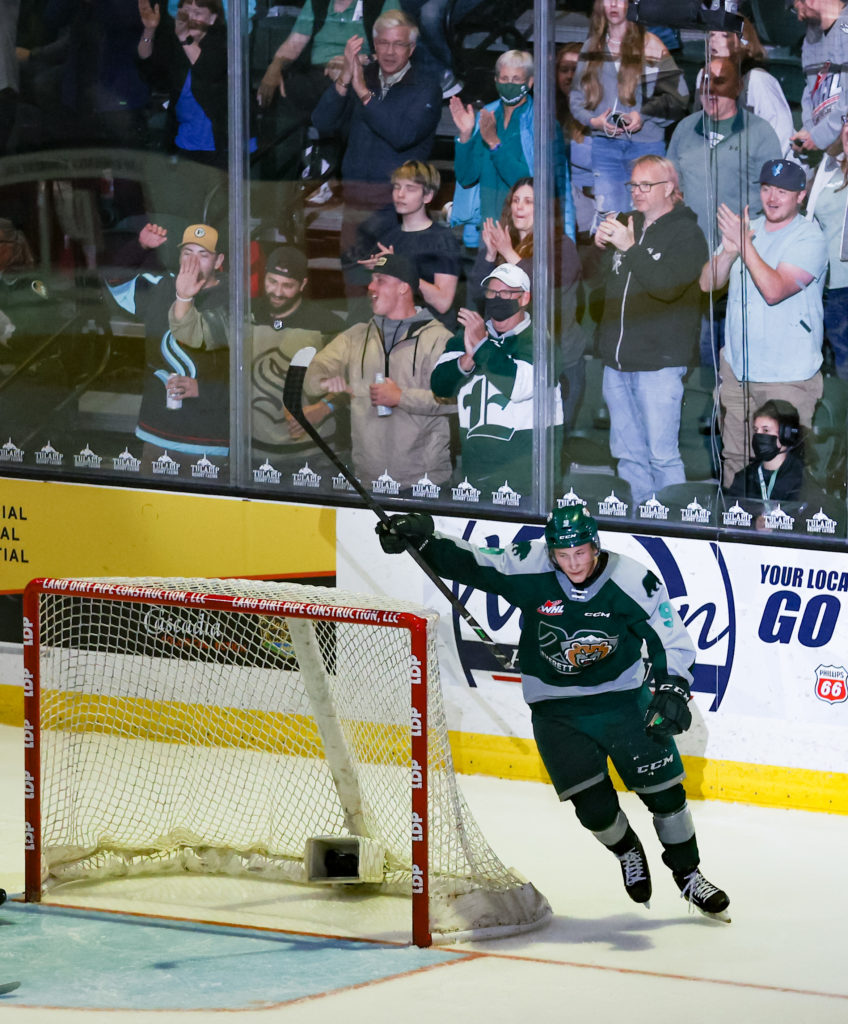 EVERETT, Wash. — Austin Roest led the way with a goal and a primary assist as the Silvertips earned a 4-2 victory over the Tri-City Americans at Angel of the Winds Arena on Friday night.

Jake Sloan opened the scoring for Tri-City, converting on a rebound 1:06 into the first period. The Silvertips would answer on the powerplay at 15:20, as a Ty Gibson wrist shot from the point snuck its way through Tomas Suchanek to even the score heading into the first intermssion.

Everett grabbed the lead 1:53 into the second period, as Jesse Heslop squeaked a low shot through Suchanek’s pads for his first of the season and second career Western Hockey League goal. Though the Americans would once more tie the score courtesy of a Lukas Dragicevic backhand goal, Ben Hemmerling would grab the lead back for Everett, capping off a flashy give-and-go play with Austin Roest for a 3-2 advantage.

Roest would pot his own goal 4:03 in the third period, looping around the Americans’ defense before lifting a wrist shot top shelf for a 4-2 lead.

Braden Holt stopped 23 of 25 for his second win of the season.

The Silvertips host the Victoria Royals Sunday afternoon at 4 p.m. The first 1,000 fans receive a mini-stick, courtesy of BECU. Tickets are available by clicking HERE.