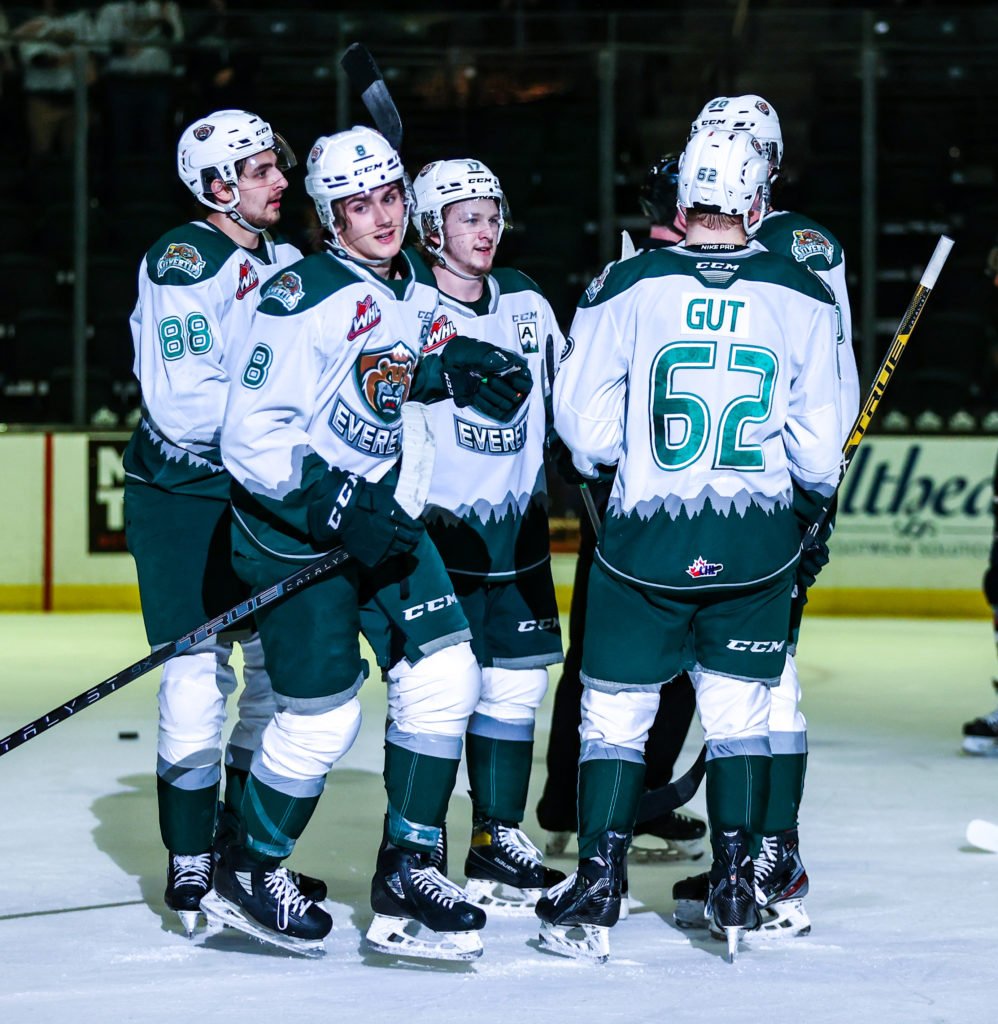 EVERETT, Wash. — Ronan Seeley and Michal Gut each picked up four points in a 6-2 victory over the Tri-City Americans on home ice Wednesday night.

Jacob Wright opened the scoring 4:37 into the first period, lifting a wrist shot over the shoulder of Americans netminder Tomas Suchanek for his 10th goal of the season. The Tips peppered Suchanek all period long, outshooting Tri-City 22-6 in the opening frame.

In the second, Jackson Berezowski fielded a 2-on-1 pass 22 seconds into the frame and wired a wrist shot home for his 22nd goal of the season. Berezowski now sits tied for third in the Western Hockey League in goal scoring, just three behind Winnipeg’s Connor McClennon for the league lead. By scoring in his first game back in the lineup after a five-game absence for an upper-body injury, Berezowski has extended his goal-scoring streak to six active games.

A Niko Huuhtanen powerplay one-timer would put the Silvertips up 3-0 at 6:38 in the second period. Just 26 seconds later, Jacob Wright pounded in a rebound for his second goal of the game. Alex Swetlikoff netted a powerplay goal 1:27 later for a 5-0 Silvertips’ lead.

Ronan Seeley would tack on a powerplay goal in the third period to secure a 6-2 win. Braden Holt stopped 26 of 28 in the victory, his 14th of the year.

Seeley ended the night with a goal and three assists, earning CHL Performer of the Night honors. Gut finished with four assists, giving him 3o on the year (second-most in the WHL).

“It felt pretty good to be back in the lineup,” said Berezowski of his first game since Dec. 17. “It’s never easy watching your boys go to battle without you.”

Berezowski effused praise for linemates Jacob Wright and Michal Gut, saying, “Gutzy knows how to get us the puck. He’s probably one of, if not the best playmaker in the league.”

“If you get open, he’s going to find your tape,” Wright said of Gut. “It’s really fun playing with a player like that.”