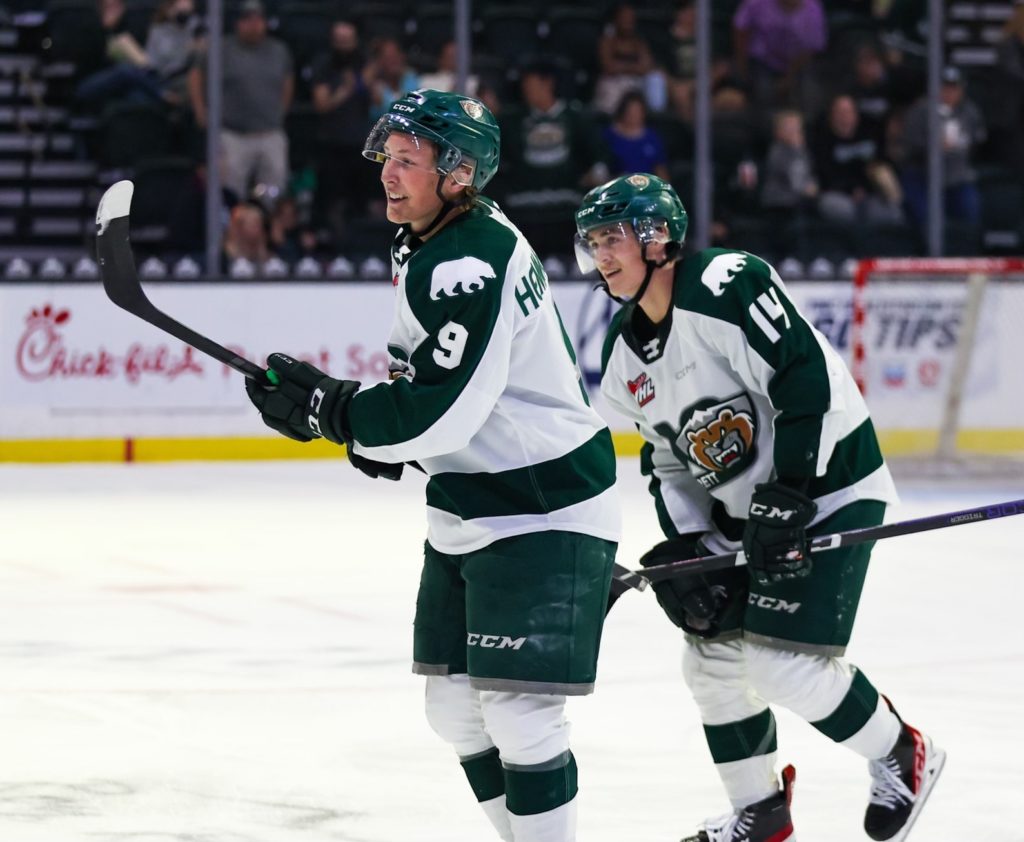 Possession was a predominant factor for the Silvertips, jumping out to an 18-2 shot advantage in the first period. Though Portland’s Josh Zakreski found the back of the net first in the second period, Ben. Hemmerling evened the score 8:03 into the middle frame with an assist from Austin Roest. Jackson Berezowski would give the Tips the lead later in the period with a tuck-in goal from behind the net.

In the waning minutes of the second, Caden Zaplitny capped off a tic-tac-toe passing play from Dominik Rymon and Ty Gibson for a powerplay tally and a 3-1 Everett advantage.

Rymon would strike for his first goal as a Silvertip 4:15 into the third with helpers from Berezowski and Ryan Hofer.

🔊 "It's always good to see the young guys chip in and have success."

Ben Hemmerling saw contributions up and down the lineup in a preseason weekend sweep.#LetsGoTips pic.twitter.com/hIOnpDFDmk

“I think everyone bought in,” said Hemmerling of the team’s weekend performance. “There’s going to be mistakes out there, but it’s about learning from them and building from it and looking to keep the train rolling for next weekend.”

Everett completes their preseason slate of games with a pair of contests in Kennewick on Friday and Saturday. Puck drop Friday night against the Tri-City Americans is scheduled for 7:05 p.m. PDT, while their Saturday matinee against the Seattle Thunderbirds is slated for 2:05 p.m.