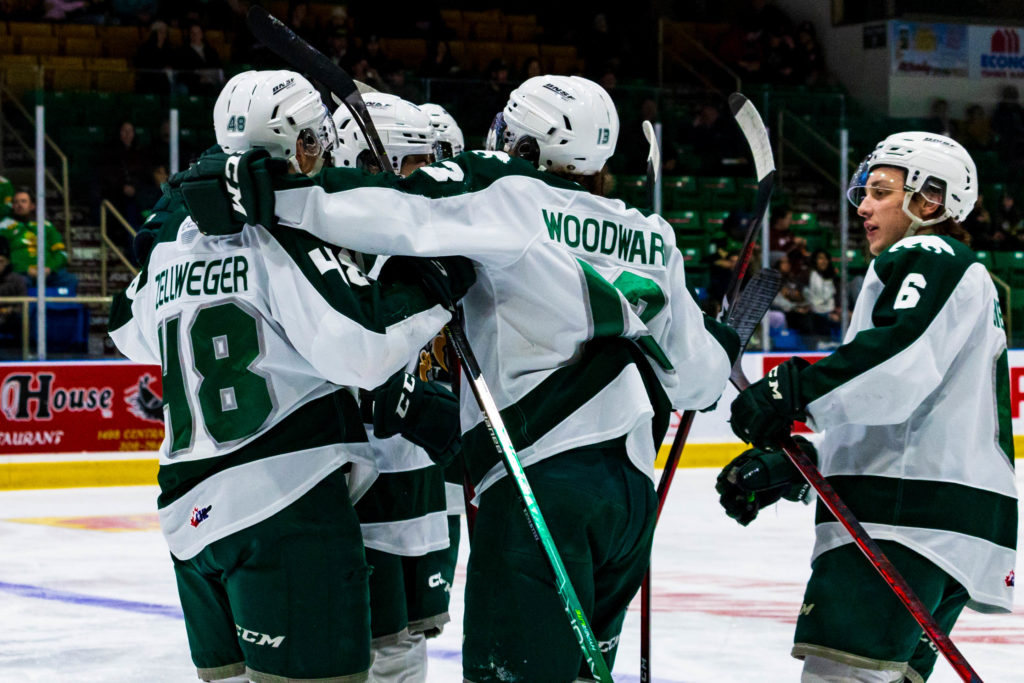 PRINCE ALBERT, SK — The Everett Silvertips finished their East Division Swing with a 4-2 victory over the Prince Albert Raiders at the Art Hauser Centre Saturday night.

Olen Zellweger opened the scoring on the powerplay 1:46 into the action, snapping a wrist shot home for his seventh goal of the season. Less than a minute later, Caden Zaplitny tallied his first of the game, beating Tikhon Chaika with a shot blocker-side.

Zaplitny grabbed his second of the period at 6:52, again slipping a shot past the blocker of Chaika for a 3-0 Silvertips lead.

For the first time in his @TheWHL career…

Everett scored on three of their first eight shots.

Evan Herman and Keaton Sorensen would bring the Raiders to within one, but Zellweger’s second of the game- a powerplay empty-net goal- would seal the deal for the Silvertips.

Tim Metzger stopped 18 of 20 in the win, the second of his career. The Silvertips finished their six-game tour of the East Division with a 4-2-0 record. Everett has never finished with a sub-.500 record in their nine trips to the East.

The Silvertips return home to play the Calgary Hitmen Sunday, Nov. 13 at Angel of the Winds Arena. Tickets are available by clicking HERE.