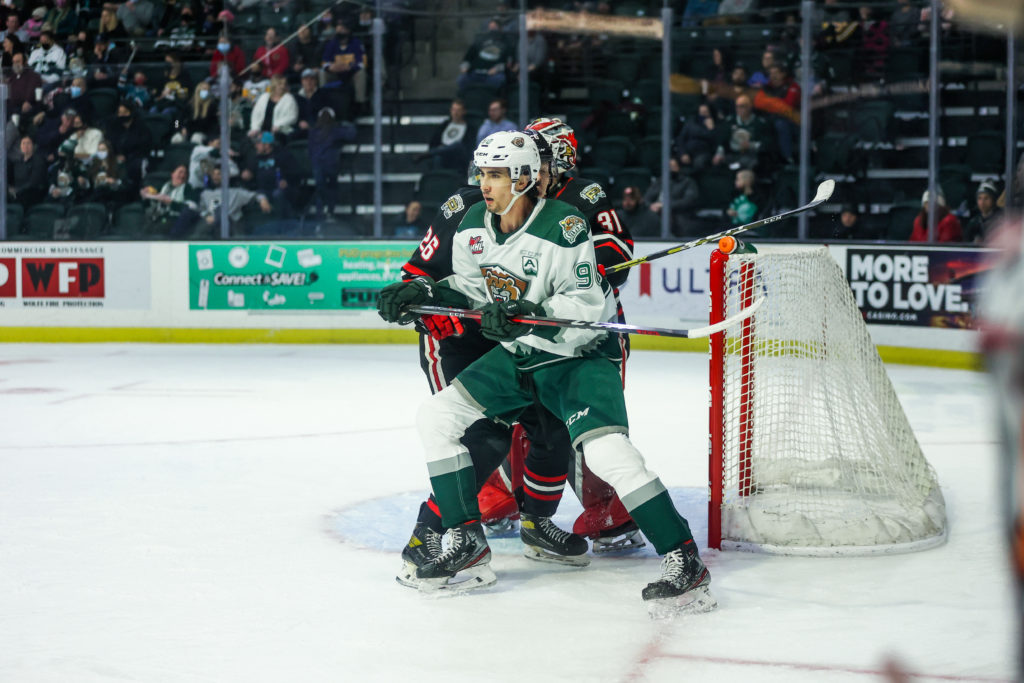 EVERETT, Wash. — A depleted Portland Winterhawks team skated away with a shootout victory over the Everett Silvertips at Angel of the Winds Arena on New Year’s Day, winning by a 7-6 score.

Kyle Chyzowski led the way for the Winterhawks, tallying a goal and three assists for Portland. Gabe Klassen netted the game-winner, slipping a shot under the glove of Koen MacInnes for the lone goal in the shootout.

Niko Huuhtanen tallied for the Everett Silvertips for his 14th goal in as many games and his 17th of the season. Alex Swetlikoff netted a pair of goals to give him 19 on the season and seven in his last four games. Swetlikoff also set a single-game record with 18 shots-on-goal in the game.