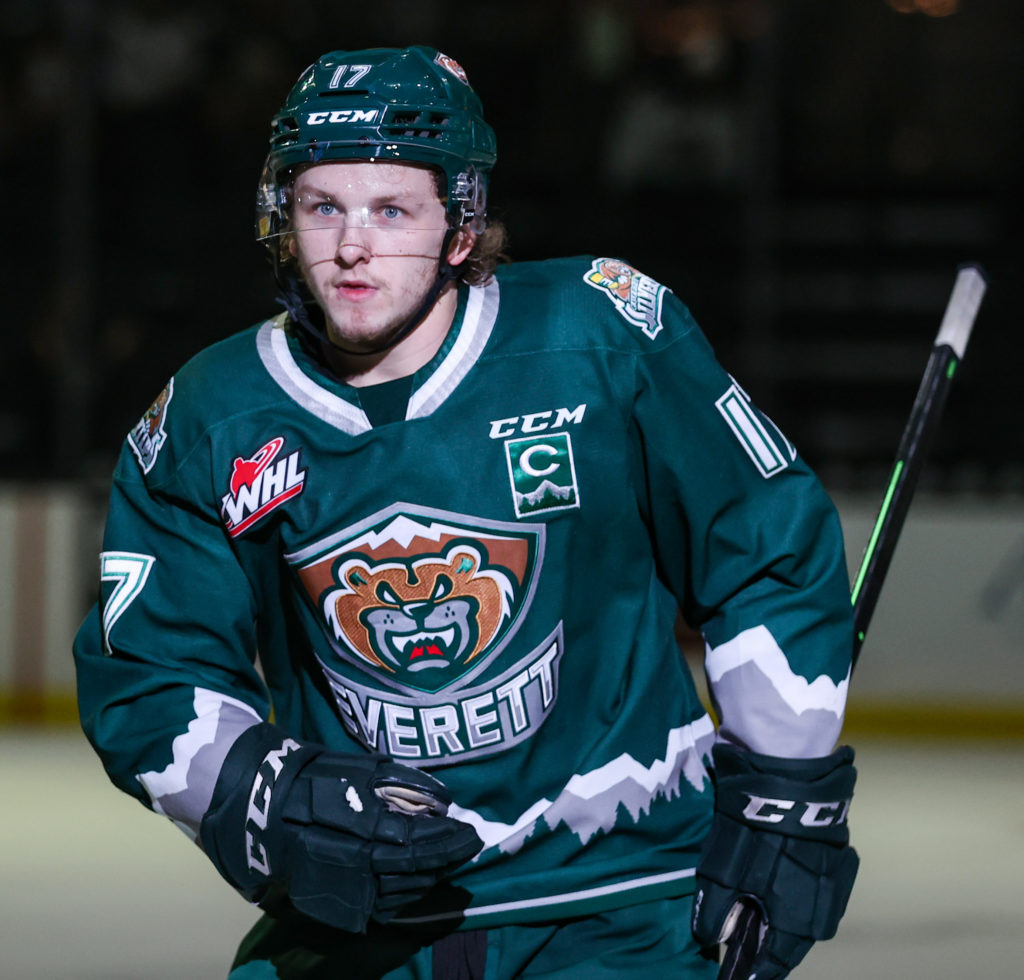 EVERETT, Wash. — “We definitely needed this one,” Jackson Berezowski said with a wry smile after a five-point night in a blowout home win.

The Silvertips responded to their first regulation loss of the season on Saturday by posting the best offensive performance of the year, netting nine goals and firing 63 shots in a 9-2 drubbing of the Spokane Chiefs.

After a weekend in which the Silvertips felt they battled in a pair of games against the Victoria Royals and Kamloops Blazers but earned just one of four possible points, Everett skated like a team on the warpath.

“Today felt good getting back in the win column,” Berezowski noted.

Hunter Campbell opened the scoring for the Silvertips, banging in a loose puck in front just 1:20 into play. Yannick Proske would answer for the Spokane Chiefs, but Berezowski’s first of the night gave Everett back a lead they would not relinquish. A Niko Huuhtanen redirection would give the Silvertips a 3-1 edge heading into the first intermission.

On the powerplay midway through the second period, an Olen Zellweger shot from the slot deflected off a set of sticks in front of the net for a 4-1 advantage, the goal credited to Berezowski. Jack Finley would cap off a two-on-one rush for his seventh of the year to respond for Spokane. Just 1:15 later, Huuhtanen would again find himself in the right place at the right time, deflecting a Ty Gibson wrist shot for his second of the game.

Just 18 seconds into the third period, Jackson Berezowski would pot his third of the night, ringing in a downpour of hats from the Everett faithful.

At 3:03 in the third, Berezowski found a streaking Jacob Wright in the slot for a 7-2 Silvertips lead. Midway through the final frame with the Tips on a 5-on-3 powerplay, Alex Swetlikoff stuffed in a loose rebound for his 11th goal of the season. On the tail end of the subsequent 5-on-4 man advantage, Hunter Campbell would cap things off with his second of the game and his ninth of the year.

Berezowski would finish with three goals and two assists. Linemates Alex Swetlikoff and Jacob Wright ended up with three points a piece.

“When you’re playing with two great players like that, it’s easy to find the back of the net,” Berezowski explained after the game. “We had a couple meetings just the three of us, what was working [of late], what wasn’t working. I think we just decided we got to stick together more, help each other out more, and it obviously showed tonight.”

“We got rewarded for going to the hard areas,” he continued. “It’s a good win for us, especially going into a big weekend.”

"When you're playing with two great players, it's easy to find the back of the net."