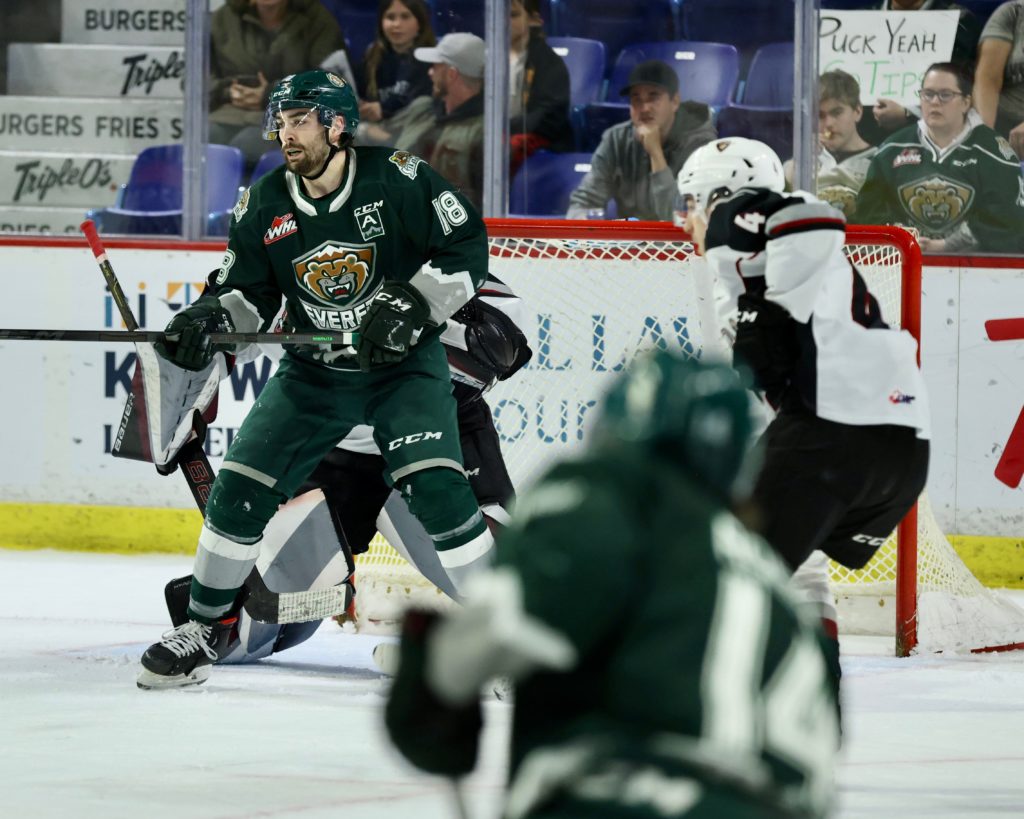 LANGLEY, B.C. — The Everett Silvertips got a trio of multi-goal performances in a 6-2 victory over the Vancouver Giants in Game Three of the Western Conference Quarterfinal Wednesday night.

Ryan Hofer opened the scoring at 9:26 in the first period, powering his way to the net and banging in his own rebound. Niko Huuhtanen potted the first of two in the game at 12:57, snapping a one-timer home from between the hashmarks. Hofer struck again at 19:52, fighting through traffic in front to net his fourth goal of the series.

Everett would extend their lead to 4-0 early in the second period, as Ben Hemmerling found Matthew Ng in front of the Giants’ net for Ng’s first career playoff goal. Though Fabian Lysell would get Vancouver on the board with a powerplay goal at 3:45, Ng tallied for a second time just 15 seconds later, dancing his way through the offensive zone for his first multi-goal performance of his WHL career.

Adam Hall would contribute a second powerplay goal for Vancouver to bring the score to 5-2 after two.

Niko Huuhtanen buried his fifth goal of the series and second of the game at 15:31 while on a major powerplay, finishing off a 6-2 Silvertips win.

Braden Holt stopped 32 of 34 in the victory, including all shots at even-strength. Everett now leads the series 2-1.

The Silvertips and Giants will square off for Game Four Friday night at Langley Events Centre. Puck drop is scheduled for 7:30 p.m. They return home for Game Five Saturday at 6:05 p.m. at Angel of the Winds Arena. Tickets are available by clicking HERE.