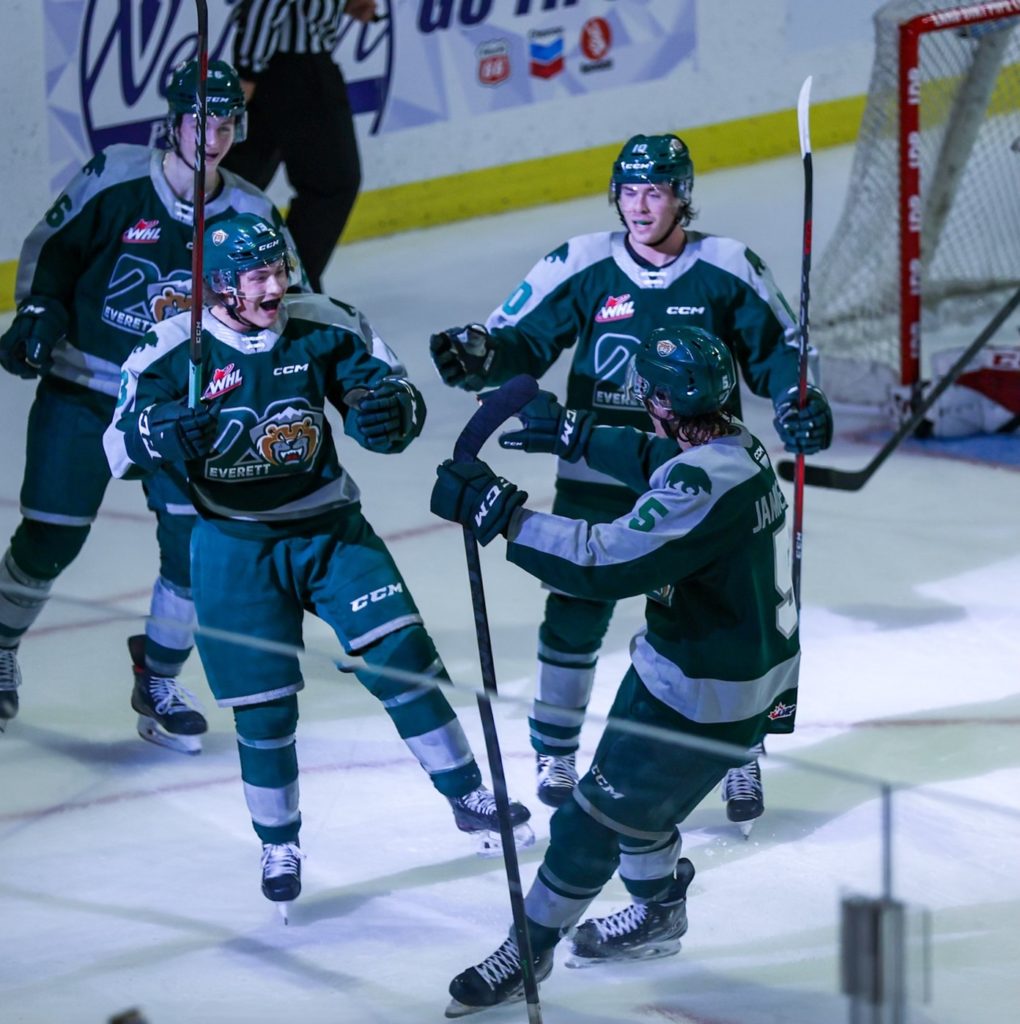 EVERETT, Wash. — The Everett Silvertips opened their 20th Anniversary season with a flourish, topping the Vancouver Giants 4-1 in front of 5,815 fans at Angel of the Winds Arena Saturday night.

Jackson Berezowski opened the scoring with a powerplay goal 1:44 into play, picking up where his torrid scoring pace left off after his 46-goal 2021-22 campaign. Everett followed up with a breakaway goal at 9:40 into the frame as defenseman Eric Jamieson potted his first career Western Hockey League goal.

Though Jaden Lipinski got Vancouver on the board 4:42 into the second period, Beau Courtney answered for the Silvertips in short order, lifting a wrister home for his first goal of the season. A Roan Woodward deflection of a Dylan Anderson shot gave the Tips a 4-1 advantage after two periods- a score that would hold at the end of regulation.

Braden Holt stopped 19 of 20 shots in the win. Beau Courtney finished with a goal and an assist, earning First Star honors.

"We're pretty grateful for that crowd and the energy level. I thought we built off it."

GM/HC Dennis Williams saw a lot of positives (and a lively Everett crowd) in the Silvertips' home opener win.#ForEverett pic.twitter.com/R24MRgh7UP

The Silvertips now turn their attention to the Tri-City Americans, who visit Everett on Friday, Sep. 30. Tickets are available by clicking HERE.