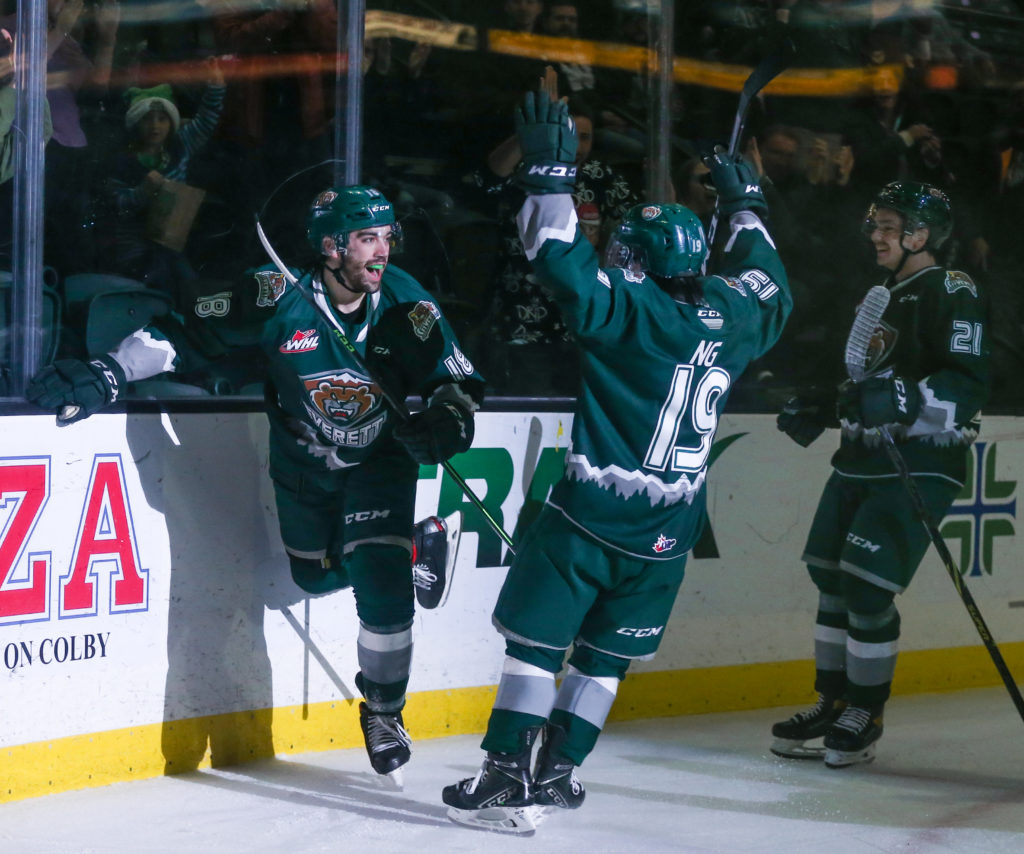 Everett dominated puck possession, outshooting the Americans 22-8 in a scoreless first period then 23-6 in the second (a new single-period high on the season). The Silvertips finished with 58 shots on goal, the most in a single game all year.

Michal Gut opened the scoring with a powerplay goal, wiring a wrist shot past Tri-City netminder Tomas Suchanek from the left circle midway through the second period. Minutes later, Gut found Hunter Campbell unmarked in the slot from the corner for a 2-0 lead.

Jacob Wright picked off an airborne Tri-City pass in the attacking zone in the third period, directing the puck to Alex Swetlikoff who in turn dropped to Ronan Seeley for a slapshot goal. Seeley, the reigning WHL Player of the Week, set a new personal best for a single season with his sixth tally of the year.

Just 27 seconds later, Gut set up Matthew Ng between the hashmarks for the fourth goal of the game. Defenseman Dexter Whittle earned his first career WHL point with a secondary assist on the play.

With Suchanek lifte from the game in favor of Nick Avakyan, the Silvertips maintained pressure. Olen Zellweger negated a Tri-City zone entry by stealing the puck from an oncoming Americans forward and motoring his way through the neutral zone. Finessing a saucer pass to the slot, Niko Huuhtanen buried a backhander past Avakyan for a 5-0 Silvertips lead.

Though Ethan Ernst would break the dam for a Tri-City goal, Hunter Campbell would tack on another powerplay goal for Everett, tapping in a backdoor pass from Huuhtanen to make the score 6-1.

History in the making.

Petr Moravec would tally in the waning minutes of the third for a 6-2 final. Everett netminder Braden Holt stopped 18 of 20 shots for his eighth win of the season.