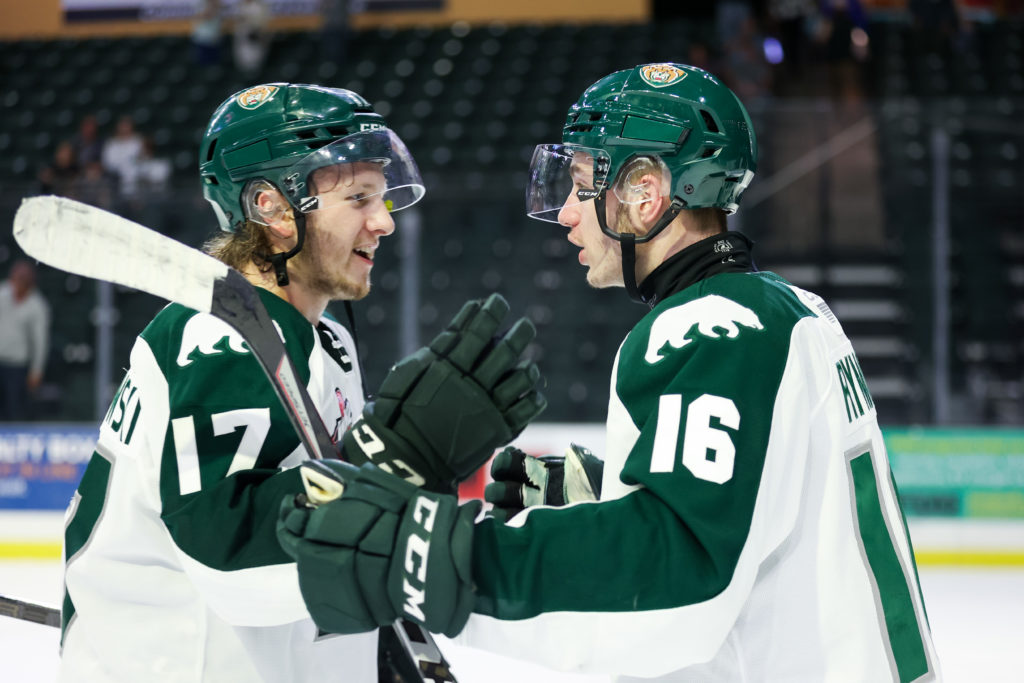 EVERETT, Wash. — The Everett Silvertips debuted their new white 20th Anniversary sweaters in style Friday night, posting a 1-0 shutout victory in their preseason opener against the Spokane Chiefs at Angel of the Winds Arena.

Roester’s got the first tally of preseason!

Austin Roest tallied the lone goal for the Tips, a rebound buried on the powerplay 10:43 into the first period. Jackson Berezowski and Ben Hemmerling earned helpers on the goal.

Braden Holt stopped all 29 shots in net for the win, including 15 in the third period.

🔊 "First game obviously is not going to be perfect, but I thought the boys battled hard and we got a win."

“The first game obviously isn’t going to be perfect,” commented Roest after the game. “But I thought the boys battled hard and we got the win… I think we’re coming together just fine.”

The Everett Preseason Classic continues tomorrow afternoon as the Chiefs play the Seattle Thunderbirds at 2 p.m. The Silvertips will face the Tri-City Americans at 6 p.m. Tickets are available by clicking HERE.