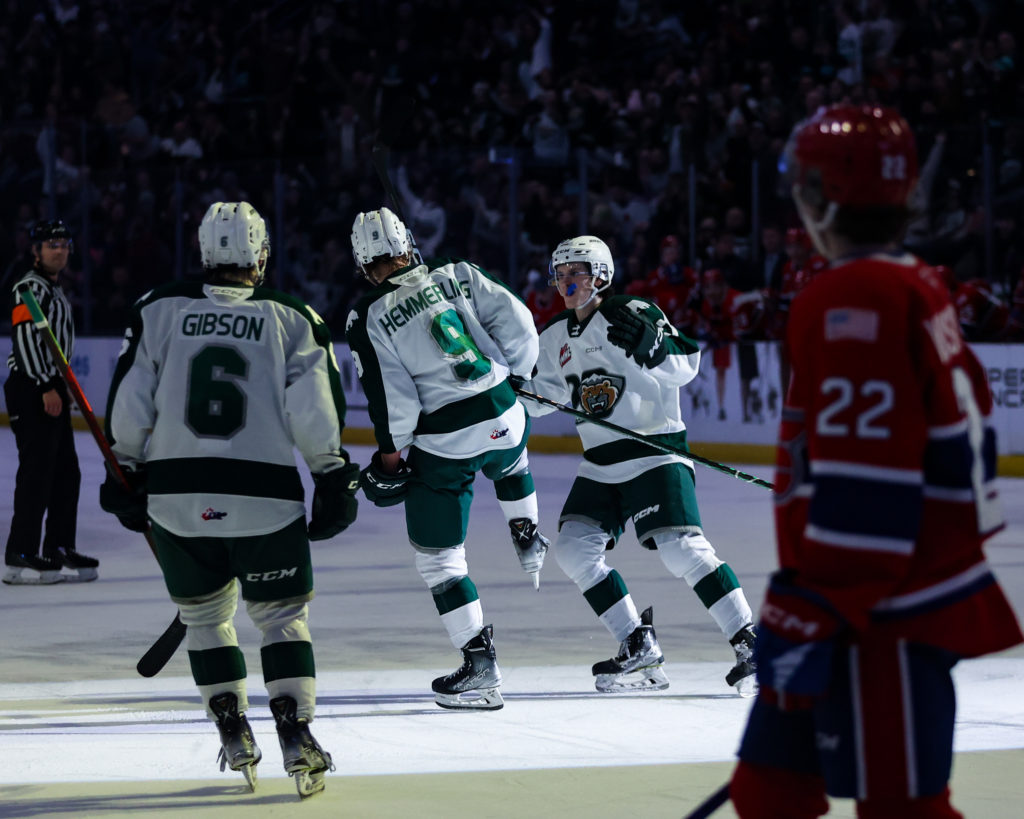 EVERETT, Wash. — The Everett Silvertips overcame an early deficit with four unanswered goals to power past the Spokane Chiefs 5-2 at Angel of the Winds Arena Friday.

Chase Bertholet opened the scoring for the Chiefs just 59 seconds into play, lifting a wrist shot over the shoulder of Tyler Palmer. Beau Courtney evened things up at 7:19, wiring a powerplay shot through the catching glove of Cooper Michaluk for this third goal of the year. Will McIsaac contributed his first career WHL goal at 17:34 on the man advantage to give Spokane a 2-1 lead after one.

Kyan Grouette brought the Tips back to even 6:22 into the second period, streaking into the offensive zone and netting his first goal of the season. Ben Hemmerling gave the Silvertips the lead by scoring as the extra skater on a delayed penalty call, extending his point streak to five games with his 15th of the year. Aidan Sutter grabbed his third goal of the year on the powerplay at 16:03 in the period for a 4-2 Everett lead after two.

Caden Zaplitny tacked on his eighth of the year at 12:54 in the third period to seal the 5-2 win for Everett.

Tyler Palmer stopped 25 of 27 in the victory, his sixth as a Silvertip.

The Everett Silvertips are in Kent tomorrow night to take on the Seattle Thunderbirds at 6 p.m. They return home next Saturday at 6 p.m. hosting the Swift Current Broncos. The first 1,000 fans will receive a Silvertips fleece blanket, and the first installment of the Great Small Dog Races presented by Sam’s Cats and Dogs will be held during the first intermission. Tickets are available by clicking HERE. 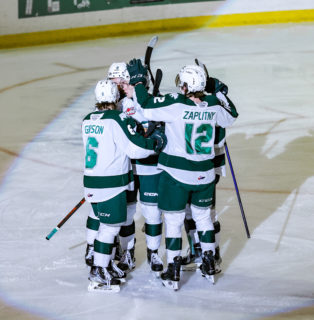