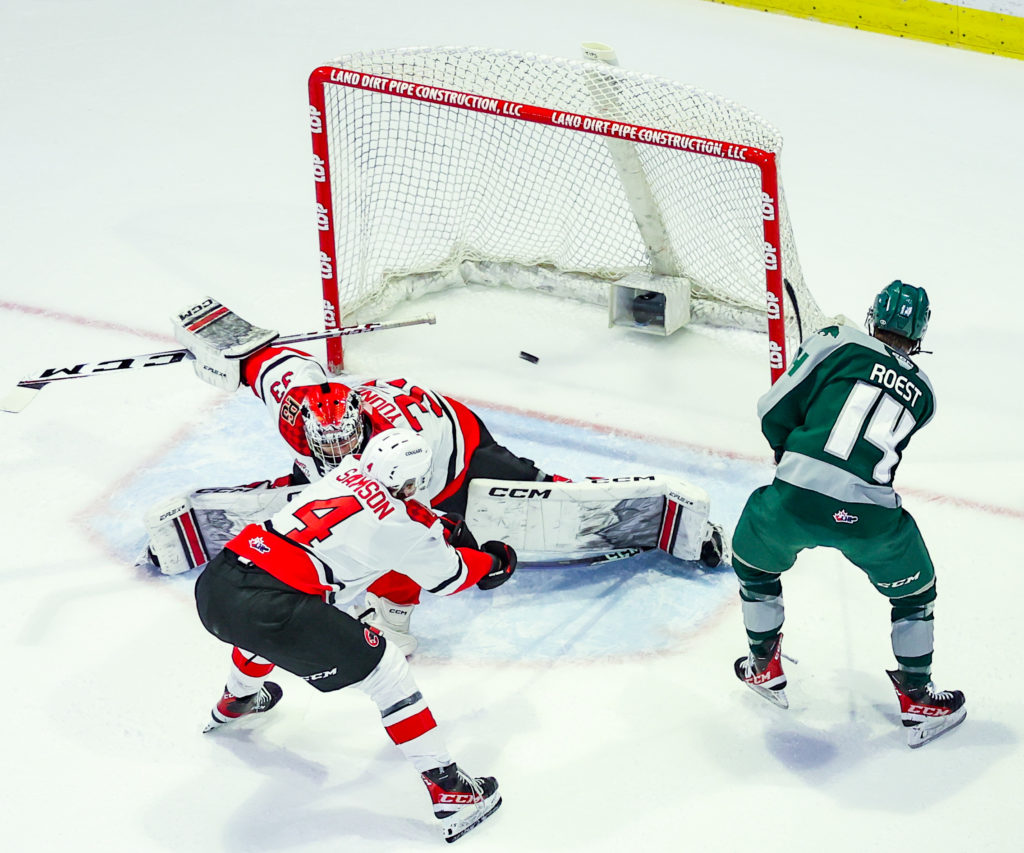 Chase Wheatcroft opened the scoring on the powerplay for Prince George just 1:57 into play, tapping a back-door pass from Riley Heidt home. Austin Roest would answer with his team-leading 18th of the season for Everett, but more penalty trouble led to a second Wheatcroft goal and a 2-1 Prince George advantage through one.

The Silvertips came rallying back in the second period with a powerplay goal of their own, as Jackson Berezowski fed Ryan Hofer in the slot for his 16th tally of the season. Just one minute later, Ben Hemmerling re-directed an Olen Zellweger shot from the blueline for his 10th goal of the year, giving the Tips a 3-2 lead through two.

Everett slammed the door in the third period, out-shooting Prince George 17-3 in the final frame. Caden Zaplitny and Ben Hemmerling each tacked on empty-net goals to seal a 5-2 victory for the Tips.

Hemmerling earned first star honors with two goals and an assist, while Berezowski finished as second star with three assists. Braden Holt was named third star with 29 saves, including all even-strength shots.