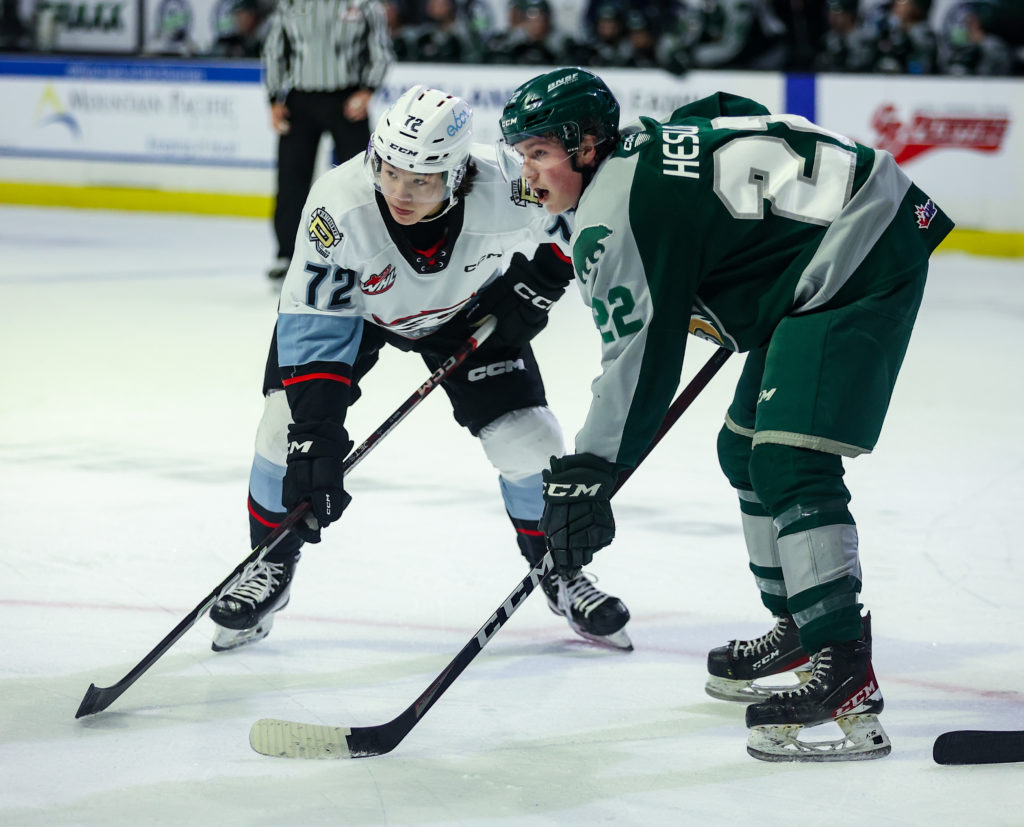 EVERETT, Wash. — The Portland Winterhawks skated away with a 5-2 victory over the Everett Silvertips Wednesday night, improving to 17-1-2 on the season.

Tarin Smith opened the scoring at 9:58 in the first period, dangling past Winterhawks netminder Dante Giannuzzi to tuck in his first career Western Hockey League goal. Portland would even up the score at 16:00, as Josh Zakreski tapped in a loose puck in the crease for a 1-1 score after one.

Josh Mori would give the Winterhawks the lead 14:16 into the second period, with Dawson Pasternak extending the advantage to 3-1 just two minutes later with a powerplay goal. Aidan Litke potted the Hawks’ fourth goal of the game 48 seconds into the third, chasing Braden Holt from the net in lieu of Tim Metzger.

Though the Tips would threaten and a Jesse Heslop tally would bring the Silvertips to within two, Zakreski would convert with an empty net to seal a 5-2 win for Portland.

Everett is back in action hosting the Kelowna Rockets Friday night. Tickets are available by clicking HERE.