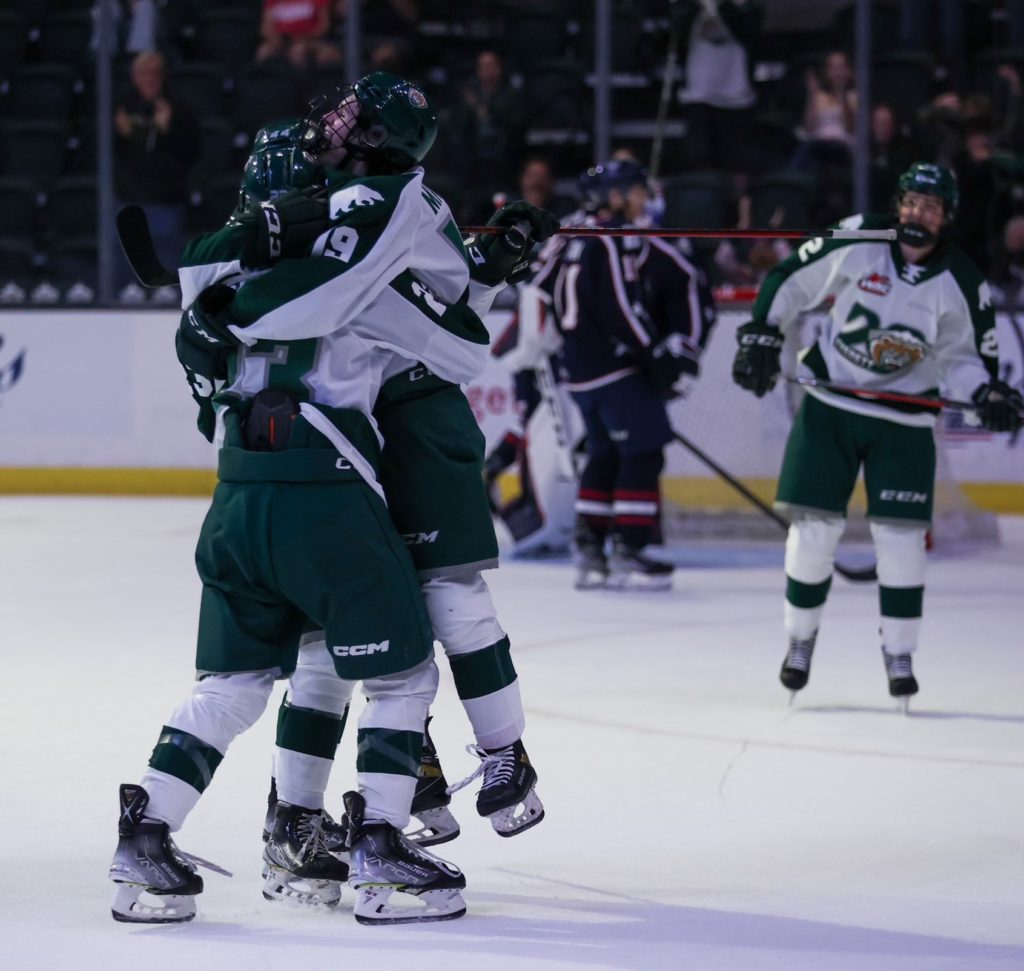 EVERETT, Wash. — The kids led the way in Everett Saturday night as the Silvertips bested the Tri-City Americans 5-1 in their second game of the preseason at Angel of the Winds Arena.

Carter Bear’s first in a Tips uniform, from Jesse Heslop and Julien Maze.

The future is bright.

Carter Bear, an ’06-born forward selected in the sixth round of the 2021 WHL Prospects Draft, netted his first goal as a Silvertip to open the scoring at 12:15 in the first period. Registering assists on the goal were forwards Jesse Heslop (’06-born 2021 third-round pick) and Julien Maze (’07-born 2022 first-round pick). Later in the first, Beau Courtney notched his first goal of the preseason with helpers from Roan Woodward and Dylan Anderson.

Vincent Lamanna, entering his second season with the Silvertips, banked a shot from behind the net at 18:42 in the second period. The goal is the first credited to Lamanna in his Everett career.

Though Jordan Gavin would break the shutout 1:29 into the first period for Tri-City, Austin Roest capped off a slick backhand feed from Caden Zaplitny for his second goal of the preseason at 11:59 to officially put the game out of reach. Julien Maze would tack on an empty-net goal for his first with the Silvertips.

The Silvertips finished with five points from ’05-born players or younger.

🔊 "I think our compete level has been exceptional. That's something that's big in our identity."

Vincent Lamanna already sees The Process paying early dividends both personally and as a team.#LetsGoTips pic.twitter.com/pjIgflrBPO

“I think our compete level has been exceptional,” said Lamanna after the win. “That’s something that’s big in our identity and I think everyone’s been bringing that in both games.”

Lamanna played in 41 games in the 2021-22 regular season, logging five assists. Despite the wait for his first goal as a Silvertip, Lamanna expressed a higher confidence level heading into his second season with the team.

“Coming in, [I] definitely feel more comfortable on the ice and whatnot,” he commented. “I think that definitely translates. You want to use those new opportunities and showcase yourself, and that’s what I’ve been trying to do.”

Everett finishes their three-game preseason classic at Angel of the Winds Arena Sunday, Sep. 11 at 4 p.m. as they battle the Portland Winterhawks. The Seattle Thunderbirds take on the Tri-City Americans at 12 p.m. Tickets are available by clicking HERE.