Garrett Pilon is the 20th Silvertip to Play in the NHL 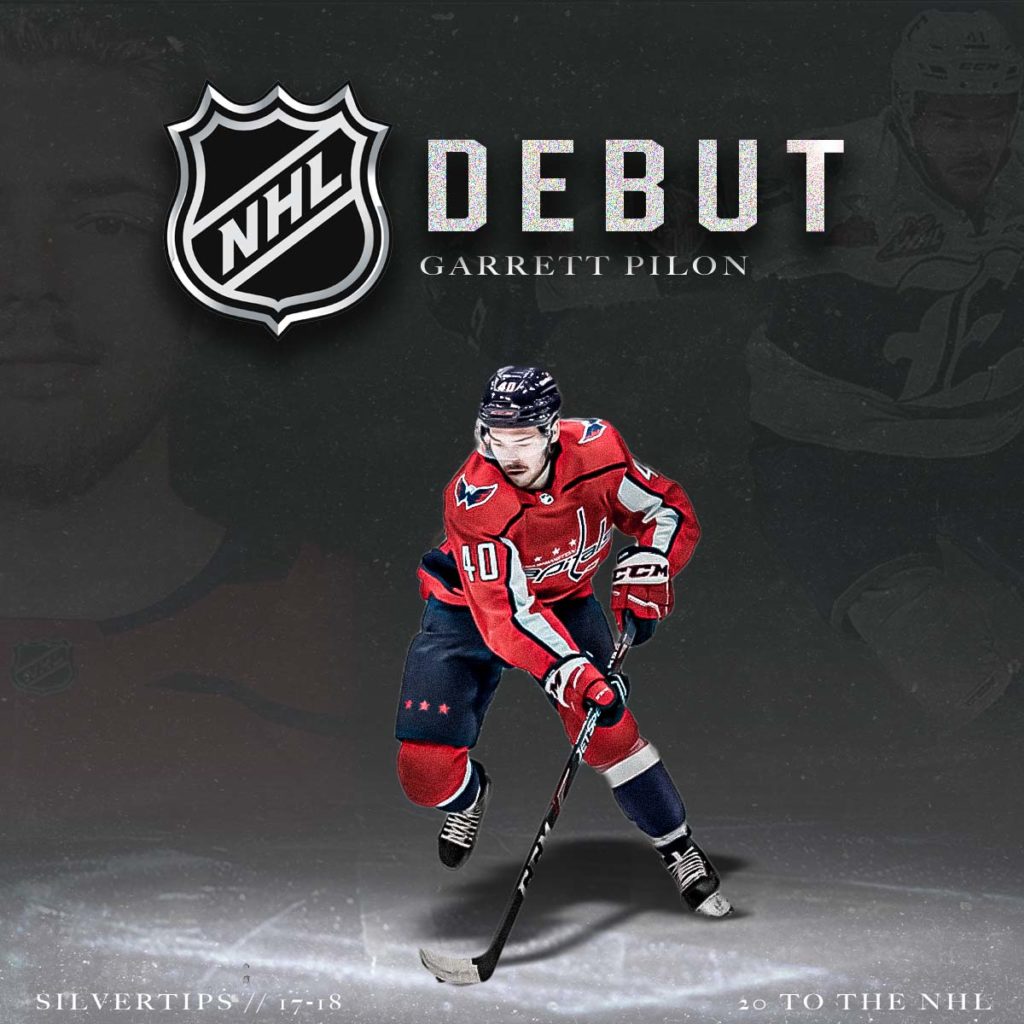 EVERETT, Wash. – Center Garrett Pilon, a member of the Everett Silvertips 2017-18 U.S. Division and Western Conference championship squad, became the 20th player to suit up and play in the National Hockey League after making his NHL debut with the Washington Capitals on Saturday, May 8, a 2-1 overtime victory over the Philadelphia Flyers at Capital One Arena.

Pilon suited up for 10:40 of ice time, including 52 seconds on the power-play and registered one takeaway. This season, he has 16 points (4g-12a) and a +8 rating in 14 games as an alternate captain at the American Hockey League level with the Hershey Bears and was originally selected in the third round (87th overall) by the Capitals in the 2016 NHL Draft.

The 5-foot-11, 187 pound forward helped guide the Tips to their second straight U.S. Division title and the Western Conference championship in 2017-18, and led the Tips in playoff scoring with 28 points (11g-17a) in 22 games. He earned 36 points (16g-20a) in 30 games with the Silvertips in regular season play, originally acquired from the Kamloops Blazers with Ondrej Vala on Jan. 7, 2018 in exchange for forward Orrin Centazzo, defenseman Montana Onyebuchi, a first and fourth round selection in the 2019 WHL Draft, and the rights to prospects Nate Hinds and Kalen Ukrainetz.

Pilon scored a critical goal in the Silvertips playoff run, tying Game 6 of the Western Conference Championship Series at Tri-City in the third period to help the Silvertips rally from a 5-2 deficit and win the series, 6-5 in overtime.

Pilon, whose father Rich suited up for 14 NHL seasons as a defenseman, earned 192 points in 207 WHL games with the Silvertips and Blazers.