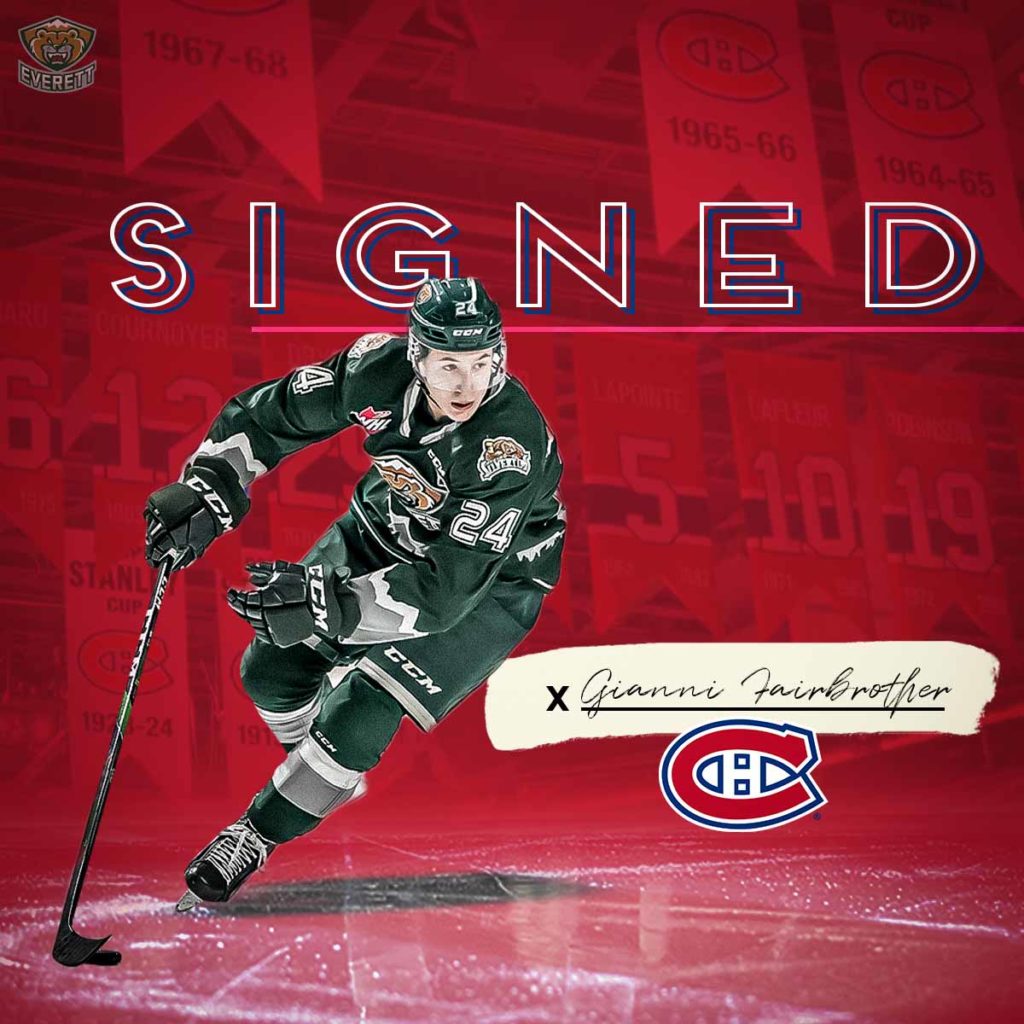 EVERETT, WA – The Everett Silvertips, proud seven-time U.S. Division champion and two time Western Conference champion of the Western Hockey League, announced today that the Montreal Canadiens have returned defenseman Gianni Fairbrother to the club from the Laval Rocket (AHL), and have signed Fairbrother to a three-year, entry level National Hockey League contract. Fairbrother’s agreement is active starting in the 2021-22 season, and returns to downtown Everett as co-captain for the 24-game shortened WHL schedule.

Fairbrother, 20, returns to the Silvertips after earning 25 points (5g-20a) in 37 games last season, recovering after missing the final 23 games of the 2019-20 pandemic shortened regular season due to injury. He earned a quartet of multi point games including a three point (2g-2a) outing against the Saskatoon Blades on Nov. 22 and fired four shots on net or more during nine games last season.

He earned an assist in his professional debut with Laval on Feb. 19 vs. Belleville and suited up in three AHL games with the Rocket, posting a +2 rating and eight shots on net.