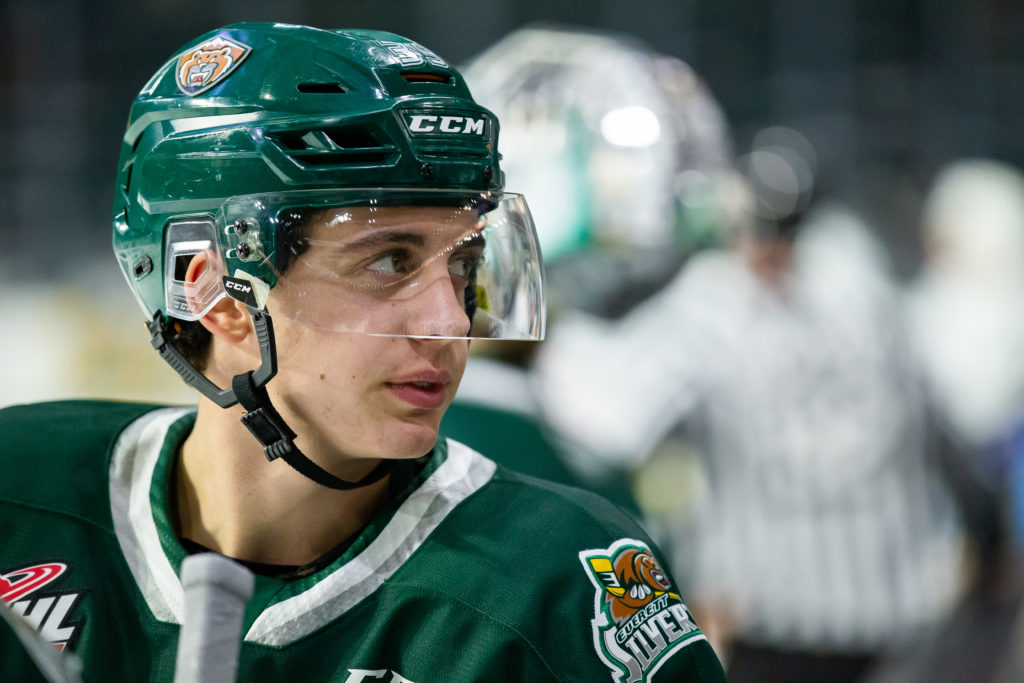 Calgary, Alta. – Gage Goncalves, a second year forward for the Everett Silvertips, is one of 52 WHL players named to NHL Central Scouting’s updated ‘Players to Watch’ list for the 2020 NHL Draft, announced on Thursday in conjunction with the WHL.

In his second season as a Tips forward, Goncalves has already matched last season’s point total (15) in just 14 games, also ranking second on the Tips in goals (8) , and tied for second in power play goals (3) and game winning goals (2). The Mission, British Columbia native, originally listed by the Silvertips and signed to a WHL standard player agreement in the 2017-18 season, has 30 points in 82 career WHL games along with a +18 rating.

Overall, 21 of 22 WHL member Clubs are represented on the list. The Portland Winterhawks and defending WHL Champion Prince Albert Raiders led the way with five players each on the list. The Brandon Wheat Kings and Saskatoon Blades follow closely behind with four players each on the updated list. Five WHL member Clubs feature a trio of players on the list. Seven more feature a pair of players and five are represented by a single player.

Players have been identified using the following criteria:

About the Western Hockey League
Regarded as the world’s finest development league for junior hockey players, the Western Hockey League (WHL) head office is based in Calgary, Alberta. The WHL consists of 22 member Clubs with 17 located in Western Canada and five in the U.S. Pacific Northwest. A member of the Canadian Hockey League, the WHL has been a leading supplier of talent for the National Hockey League for over 50 years. The WHL is also the leading provider of hockey scholarships with over 350 graduates each year receiving WHL Scholarships to pursue a post-secondary education of their choice. Each season, WHL players also form the nucleus of Canada’s National Junior Hockey Team.