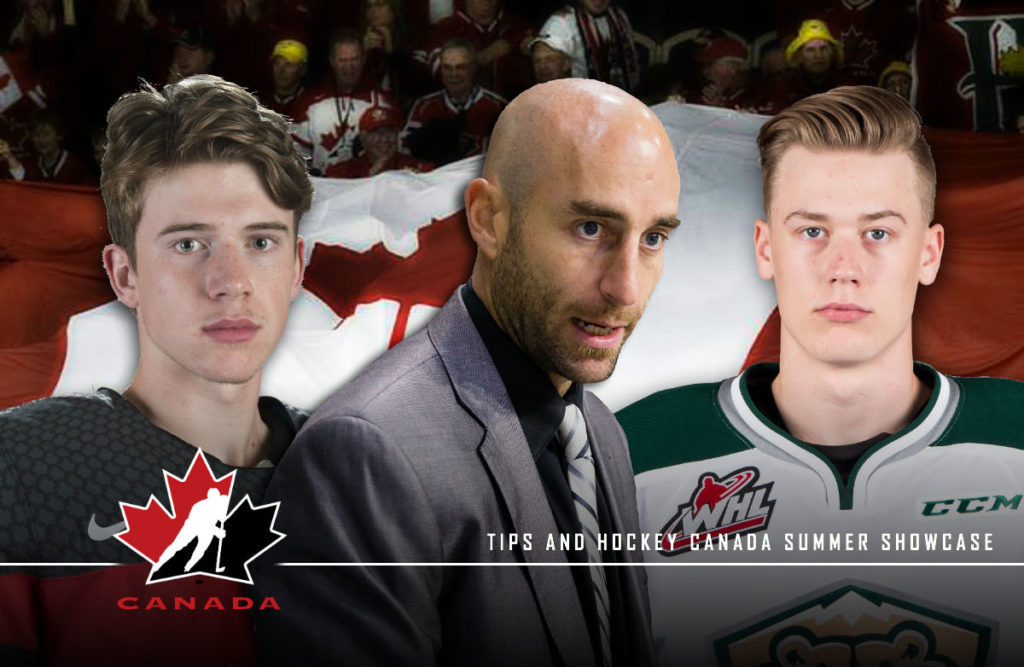 Hart, who is the back-to-back WHL Goaltender of the Year, Silvertips Most Valuable Player, and silver medalist with Canada at last season’s World Junior Championships in Montreal and Toronto, will skate as a part of 42 prospects in Plymouth competing to earn an invitation to December’s National Junior Team selection camp. The 2018 IIHF World Junior Championship will be held in Buffalo, N.Y. in December.

Love, who has coached for Canada in back-to-back World Under-17 Hockey Challenge events and earned a gold medal in his debut two seasons ago, will serve on the coaching staff in Calgary at the U-18 Selection Camp, working with 44 players competing for a roster spot in the 2017 Ivan Hlinka Memorial Cup.

Browne made his WHL and Silvertips debut last season and was the Silvertips first selection in the 2016 WHL Draft, taken in the first round (14th overall). He will be a part of 111 players assembled in Calgary starting on July 22 for the U-17 Development Camp. Complete schedules for all camps will revealed soon by Hockey Canada. The 2017 World Under-17 Hockey Challenge will be held in Dawson Creek and Fort St. John, B.C.

“For about three-and-a-half weeks in July and August, we get to see all of the players in our program concentrated in two locations, which gives our management team, coaches, and staff a chance to develop, first and foremost, what we feel is our top talent in Canada, and evaluate those players as we look to put together winning teams throughout the upcoming season,” said Scott Salmond, Hockey Canada’s vice-president of hockey operations and national teams. “It’s a great opportunity for these players who are working towards earning a chance to wear the Team Canada jersey, and I want to thank Ryan [Jankowski] and his team for the diligence they’ve put into helping us identify this group of players.”

Hart, 18, is the fourth player in WHL history to win the Goaltender of the Year award in back-to-back seasons, joining Chet Pickard (Tri-City), Mike Vernon (Calgary), and Ray Martynuik (Flin Flon). As a WHL First Team All-Star (Western Conference) honoree in 2016-17, he led the league in shutouts (9), goals-against-average (1.99), was tied for the league lead in save percentage (.927) and went 32-11-6-2 in 54 games while helping guide the Silvertips to their second U.S. Division title in three years.

With Team Canada at the World Junior Championships in Toronto and Montreal, he earned a 2.38 goals-against-average in four games of competition. Hart earned Player of the Game honors in Canada’s semifinal victory on Jan. 4 over Sweden at Montreal.

The Sherwood Park, Alberta native is second on the Silvertips all-time shutout list (19), trailing Leland Irving by two and seven away from the league record. He was named Canadian Hockey League Goaltender of the Year in 2015-16. Last summer, Hart was the first goaltender selected in the National Hockey League Entry Draft and selected by the Philadelphia Flyers in the second round (48th overall). In 149 games of his Silvertips and WHL career in net, he has a record of 85-40-9-9, goals against average of 2.13, and a save percentage of .921.

Love, 33, has served behind the Silvertips bench as assistant coach for six seasons and spent the final two years of his WHL playing career in Everett, helping guide the Tips to the Western Conference title in their inaugural 2003-04 season and serving as captain the following year.

Love spent six years as a defenseman in pro hockey, suiting up in 278 career AHL games with Houston, Lake Erie, Peoria, Albany, and Lowell. He signed a three-year, entry level contract with the Colorado Avalanche on Oct. 11, 2005.

Browne, 16, made his Tips debut on Jan. 21 at Tri-City and helped guide Team Alberta to a championship at the Western Canada U16 Challenge Cup last October, earning three points in four tournament games. He buried a goal in the Gold Medal victory.

The 5-foot-10, 180 pound forward posted 77 points (39g-38a) in 36 games in 2015-16 for the Sherwood Park Flyers Bantam AAA (AMBHL) squad, trailing only Peyton Krebs – the WHL’s first overall selection in 2016 – in league scoring. He was tied for second in league scoring, ranked second in goals, and was third in assists while earning Sherwood Park’s Most Valuable Player award.

Browne earned league awards for outstanding forward and most sportsmanlike player, helped guide the Bantam AAA Flyers to a 31-3-2 regular season record and sweeps through the first three rounds of the postseason, where he racked up 23 points (10g-13a) in 10 games to lead the league in playoff scoring.