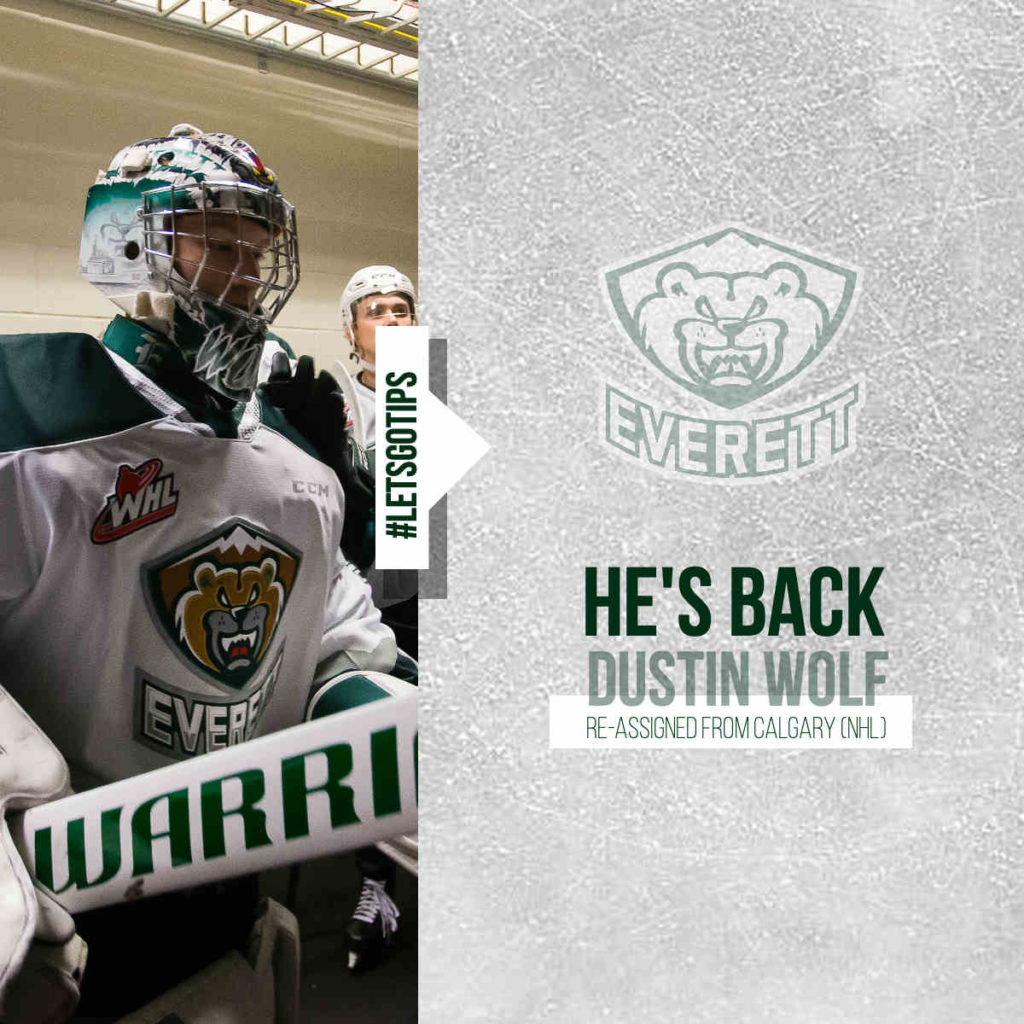 Silvertips Goaltender Earned Victory in net With Flames on Sept. 10

EVERETT, Wash. – The Everett Silvertips (@WHLSilvertips), seven-time U.S. Division champion and two-time Western Conference champion of the Western Hockey League, announced today that goaltender Dustin Wolf has been assigned to the Silvertips from the Calgary Flames of the National Hockey League. Wolf, preparing for his third WHL season, is expected to be available to suit up for the Silvertips on Opening Night, Friday in downtown Everett at 7:35 p.m. when the Silvertips host the Tri-City Americans.

Wolf, 18, was selected by the Calgary Flames in the seventh round (214th overall) of the 2019 National Hockey League Entry Draft and earned a victory in his first prospect game appearance with the Flames, an 18-save performance against the Edmonton Oilers in a 3-1 victory at Scotiabank Saddledome on Sept. 10.

The Tustin, Calif. native was also second in shutouts (7), and fourth in saves (1,493), posting the second highest save percentage in the franchise’s single season history, the second lowest goals-against-average in franchise history – and fourth lowest in WHL history.

The Silvertips will launch the 2019-20 season and raise their seventh U.S. Division banner to the rafters on Opening Night, Sept. 20 at Angel of the Winds Arena against the Tri-City Americans at 7:35 p.m. The two-game homestand concludes the next evening, the first BECU Signature Saturday game against the Victoria Royals at 7:05 p.m. Both games can be heard on radio at KRKO 1380 AM / 95.3 FM (coverage opening 30 minutes before puck drop).