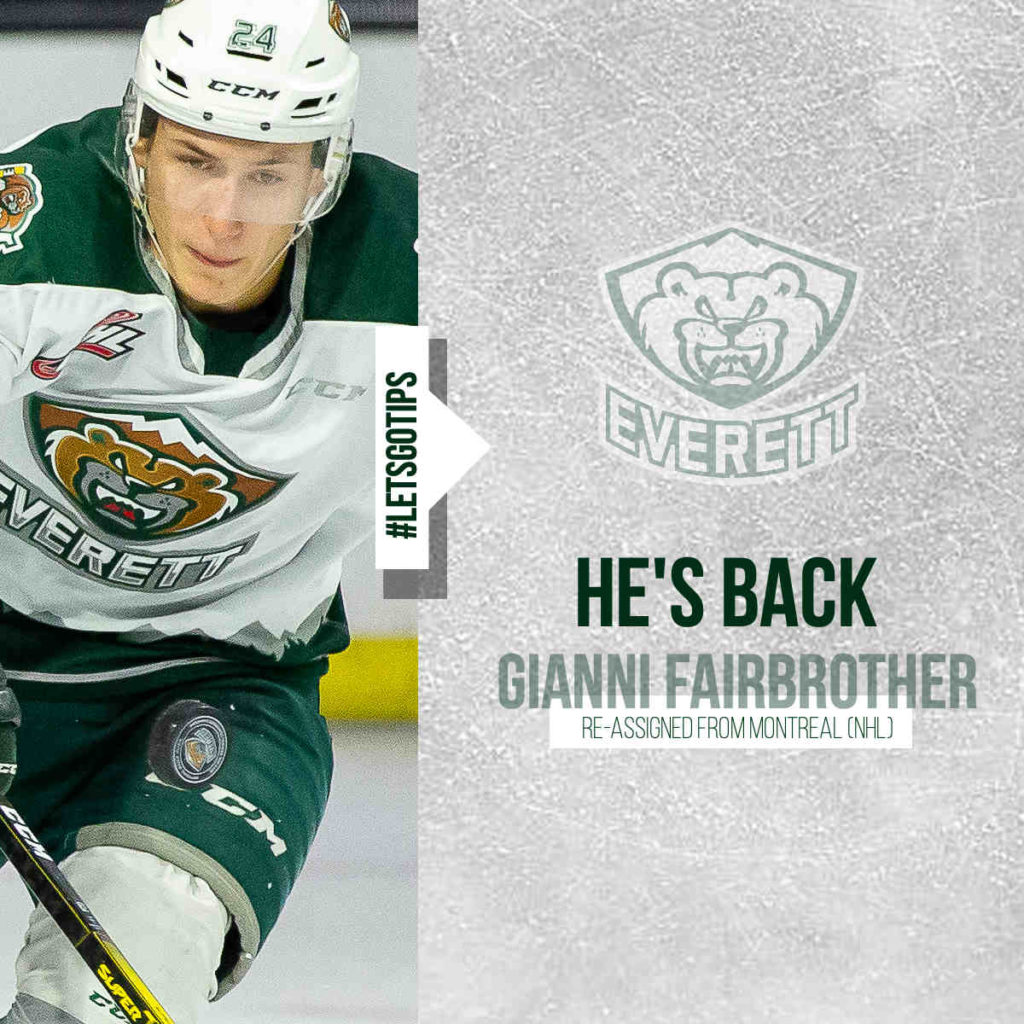 EVERETT, Wash. – The Everett Silvertips (@WHLSilvertips), seven-time U.S. Division champion and two-time Western Conference champion of the Western Hockey League, announced defenseman Gianni Fairbrother has been re-assigned to the Silvertips from the Montreal Canadiens of the National Hockey League.

Fairbrother, who turns 19 on Sept. 30 and is preparing for his third full season on the Silvertips blueline, reached career highs in goals (10), assists (26), and points (36) in 64 games with the Silvertips last season, helping the club secure their third straight U.S. Division title while securing four assists in ten postseason games. He was one of three Silvertips defensemen – in addition to Jake Christiansen and Wyatte Wylie – to reach the double digit plateau in goals last season.

The 6-foot, 194-pound defenseman was named Silvertips Most Improved Player and has 41 points (12g-29a) along with 113 penalty minutes in 100 career WHL games, all with the Silvertips. He has eight points (1g-7a) and a +11 rating in 35 postseason games, suiting up for the Silvertips squad that captured the 2018 Western Conference championship.

Fairbrother was selected by Montreal in the third round (77th overall) of the 2019 NHL Entry Draft.