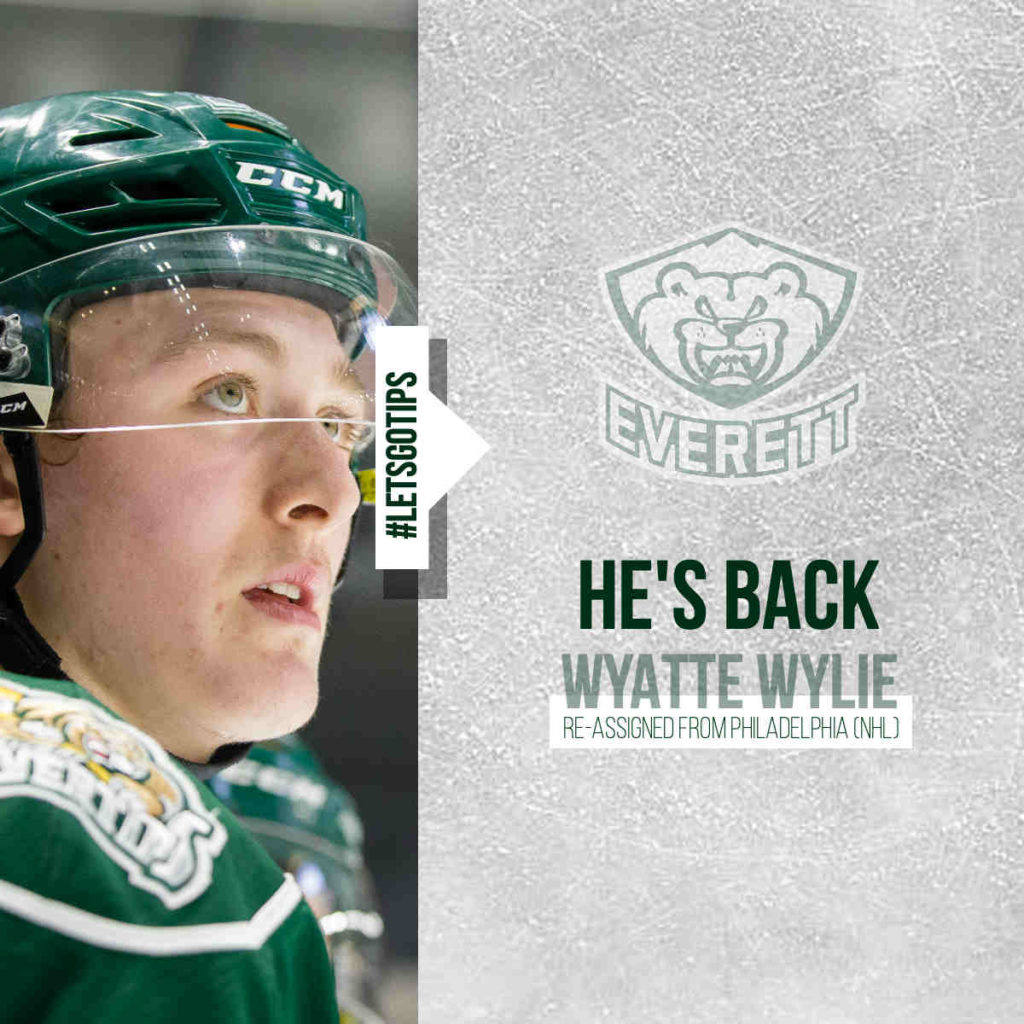 EVERETT, Wash. – The Everett Silvertips (@WHLSilvertips), seven-time U.S. Division champion and two-time Western Conference champion of the Western Hockey League, announced today that defenseman Wyatte Wylie (WIGH-lee) has been assigned to the Silvertips from the Philadelphia Flyers of the National Hockey League.  Wylie, preparing for his fourth WHL season as an overage-category defenseman, is expected to be available to suit up for the Silvertips on Opening Night, Friday in downtown Everett at 7:35 p.m. when the Silvertips host the Tri-City Americans.

Wylie was originally selected by the Flyers in the fifth round (127th overall) of the 2018 NHL Entry Draft.

The Silvertips will launch the 2019-20 season and raise their seventh U.S. Division banner to the rafters on Opening Night, Sept. 20 at Angel of the Winds Arena against the Tri-City Americans at 7:35 p.m. The two-game homestand concludes the next evening, the first BECU Signature Saturday game against the Victoria Royals at 7:05 p.m. Both games can be heard on radio at KRKO 1380 AM / 95.3 FM (coverage opening 30 minutes before puck drop).