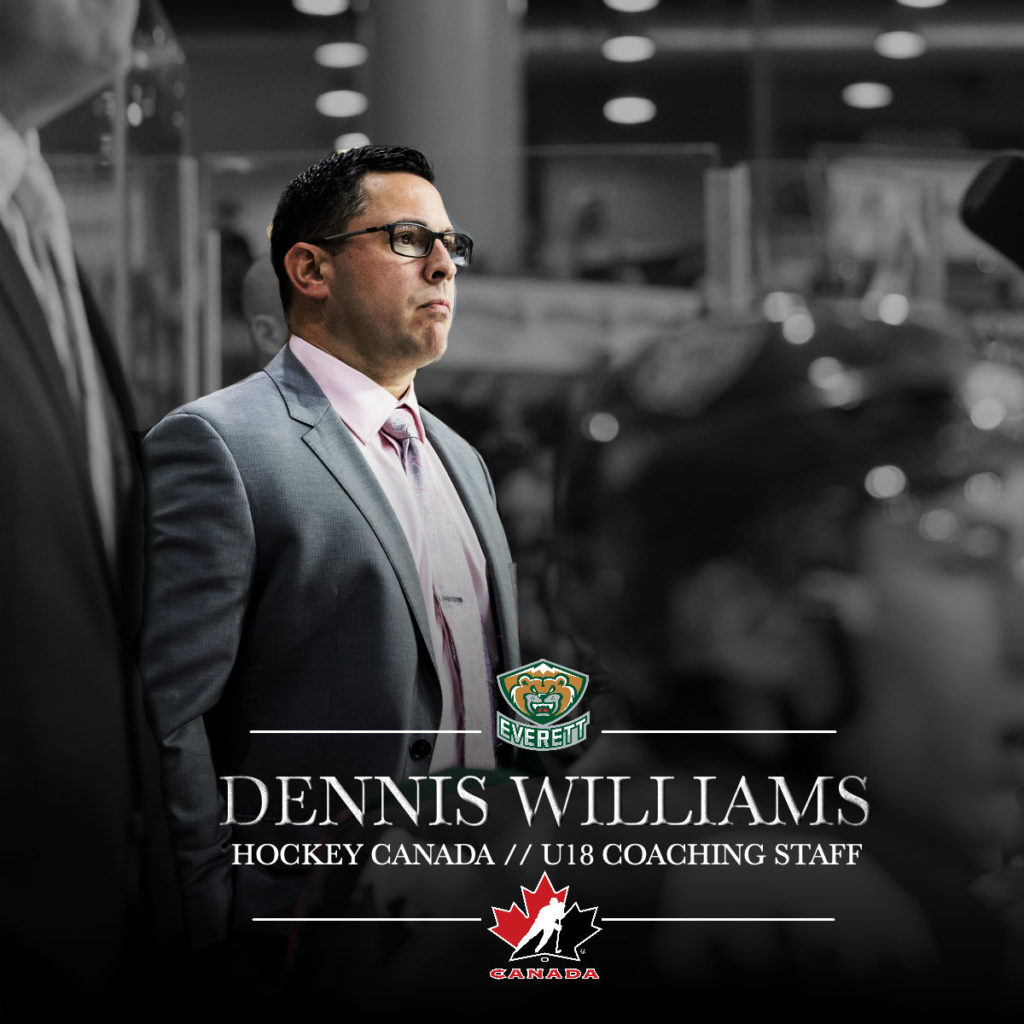 EVERETT, Wash. – The Everett Silvertips (@WHLSilvertips), in conjunction with Hockey Canada, announced Silvertips head coach Dennis Williams has been named to the coaching staff as assistant coach of the National Men’s Summer Under-18 Team, scheduled to compete in the 2019 Hlinka Gretzky Cup. It is the second straight year Williams will serve Hockey Canada in a coaching role, previously as head coach of Team Canada Black at the 2018 World Under-17 Hockey Challenge.

“First and foremost, we extend a tremendous amount of congratulations to Dennis for a well-deserved opportunity to serve on the coaching staff for Hockey Canada at the upcoming Hlinka Gretzky Cup, a prestigious event that’s renowned for development of top young talent in the world,” said Silvertips general manager Garry Davidson. “It’s a testimony to his work ethic, intelligence, and elite level coaching abilities with elevating players and manufacturing winning results, apparent in the last two seasons with our program. We’re extremely proud of him and know he will represent the Silvertips well in upcoming international competition.” 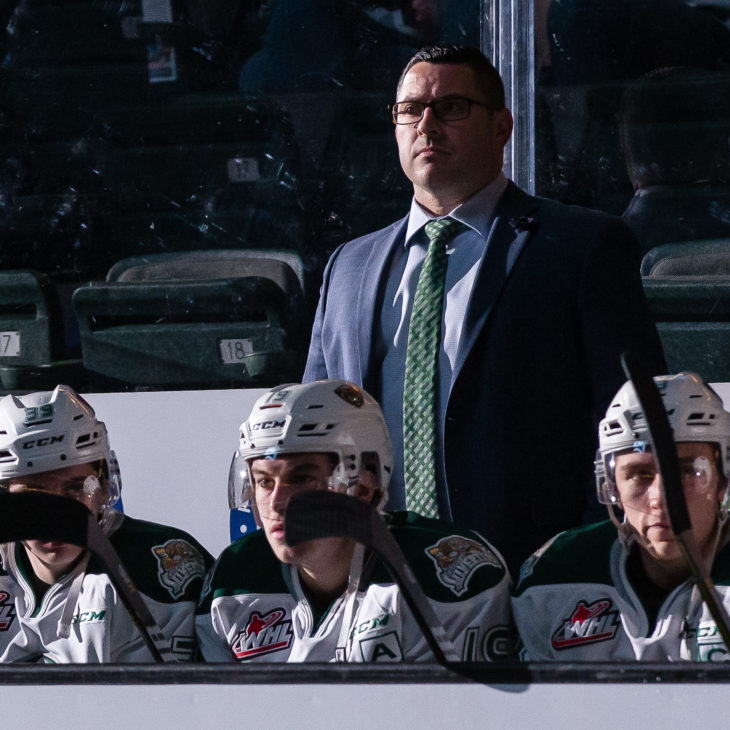 “I want to thank Hockey Canada for granting an opportunity to serve on the coaching staff for the upcoming Hlinka Gretzky Cup,” said Williams. “It’s a great honor to work on a stage of this magnitude under Alan Millar of the Hockey Canada Program of Excellence management group and the entire executive staff, and on the bench with head coach Dan Lambert of the Spokane Chiefs and Mario Duhamel of the Ottawa 67s. I’m looking forward to helping our program elevate so many well deserved, participating players, and represent our country in the pursuit to win a gold medal.”

Williams, 39, has led the Silvertips to back-to-back 47-win seasons and U.S. Division titles, additionally helping the franchise capture the Western Conference championship as the WHL Western Conference Coach of the Year in 2017-18. His 94 wins and 198 points are the most in Silvertips history by a head coach in his first two seasons, and the native of Stratford, Ontario is 94-36-4-6 (.707 pct) in his two seasons as Silvertips head coach.

Under Williams’ guidance this season, which includes his service at the World U17 Hockey Challenge, two Silvertips – Connor Dewar (Minnesota Wild) and Riley Sutter (Washington Capitals) signed three year, entry-level contracts after their draft selections in the previous summer. Two additional Silvertips – goaltender Dustin Wolf and defenseman Gianni Fairbrother – were listed by NHL Central Scouting in their final North American rankings for the 2019 NHL Entry Draft. The Silvertips led the CHL with 1.9 goals against per game, led the WHL with 37.7 shots per game, and were second in the WHL with a +93 goal differential.

Williams was named the fifth head coach in Silvertips history on May 15, 2017 and with the Amarillo Bulls (NAHL), he led the franchise to a Robertson Cup title in 2012-13 and three national tournament appearances while going 168-44-2-24 and a points percentage of .756 across four years in the NAHL. With the Bloomington Thunder (USHL), he guided the franchise to a trip to the Conference Finals in 2015-16. During his time in Amarillo and Bloomington, he helped 74 players advance to play in the NCAA ranks, and with the Bulls coached seven division All-Conference selections, two All-NAHL First Team members, and one division All-Rookie honoree.