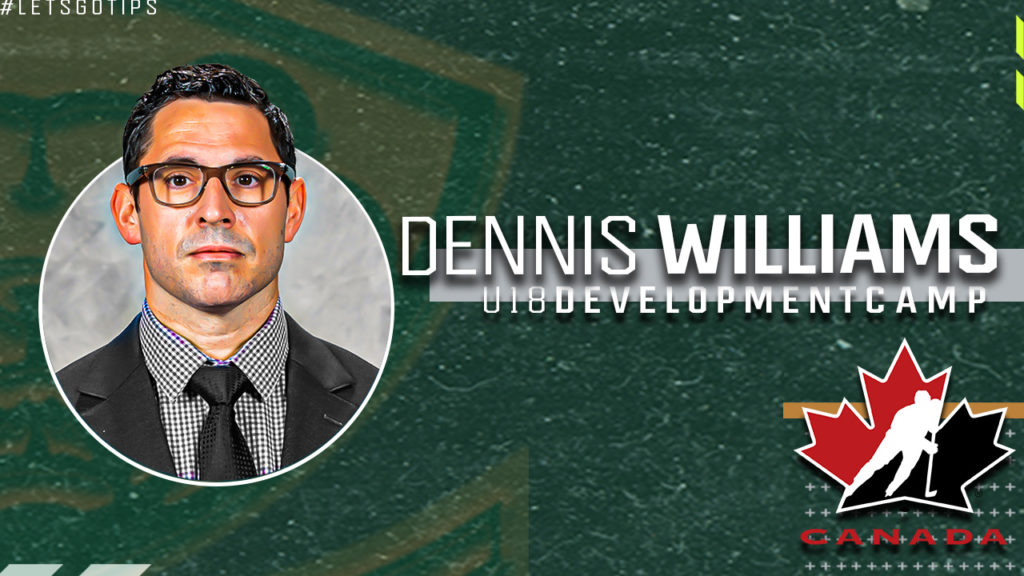 Williams, completing his fourth season behind the Silvertips bench, helped guide the program to their fourth U.S. Division title in five seasons and returns to Hockey Canada’s coaching staff for the third straight year in a role associated with the Hlinka Gretzky Cup. Team Canada, who has declined to participate in this year’s tournament due to COVID-19 restrictions, will feature 45 invited players for an 11-day camp which includes combined practices and intrasquad games with Canada’s National Junior Team.

“I’m very excited to be invited back and be involved once again with Hockey Canada and the Program of Excellence,” said Williams. “To work once again with the POE program means development opportunities with an elite level group, of players, coaches and staff. I’m looking forward to working with all of them throughout the upcoming weeks and during our time in the Calgary area.”

“This stage of our Summer Showcase is about bringing together the top under-18 players in Canada to work and learn from an elite-level coaching staff, giving them the necessary skills for their hockey development to grow and succeed,” said Alan Millar, director of player personnel for Hockey Canada. “We have an opportunity to connect with the players through on- and off-ice sessions to give them the tools that will only enhance their skill set as they advance through our program and prepare for the upcoming season.”

Williams will serve alongside coaches Steve Hartley, Stéphane Julien, Brent Kisio, Alan Letang, and Brad Lauer. The players include four goaltenders, 15 defensemen and 26 forwards. Of the 45 invitees, two won a gold medal with Canada’s National Men’s Under-18 Team at the 2021 IIHF U18 World Championship in Frisco and Plano, Texas. During the camp session, the players will be split into two teams, Red and White, and participate in practices and intrasquad games which includes participation with Canada’s National Junior Team on Aug. 2-3.

As a two-time recipient of the WHL Western Conference Coach of the Year award, the native of Stratford, Ontario has led the Silvertips to three U.S. Division titles and the 2018 Western Conference championship in his four seasons in Everett, carrying a record of 154-52-7-7 (.733 percentage) in his WHL career since being named Silvertips head coach on May 15, 2017. After preparing for the pandemic shortened 2021 regular season, he guided the Silvertips to their eighth U.S. Division title, a 19-4 (38 points) record, and the second highest points percentage (.826) in the league.