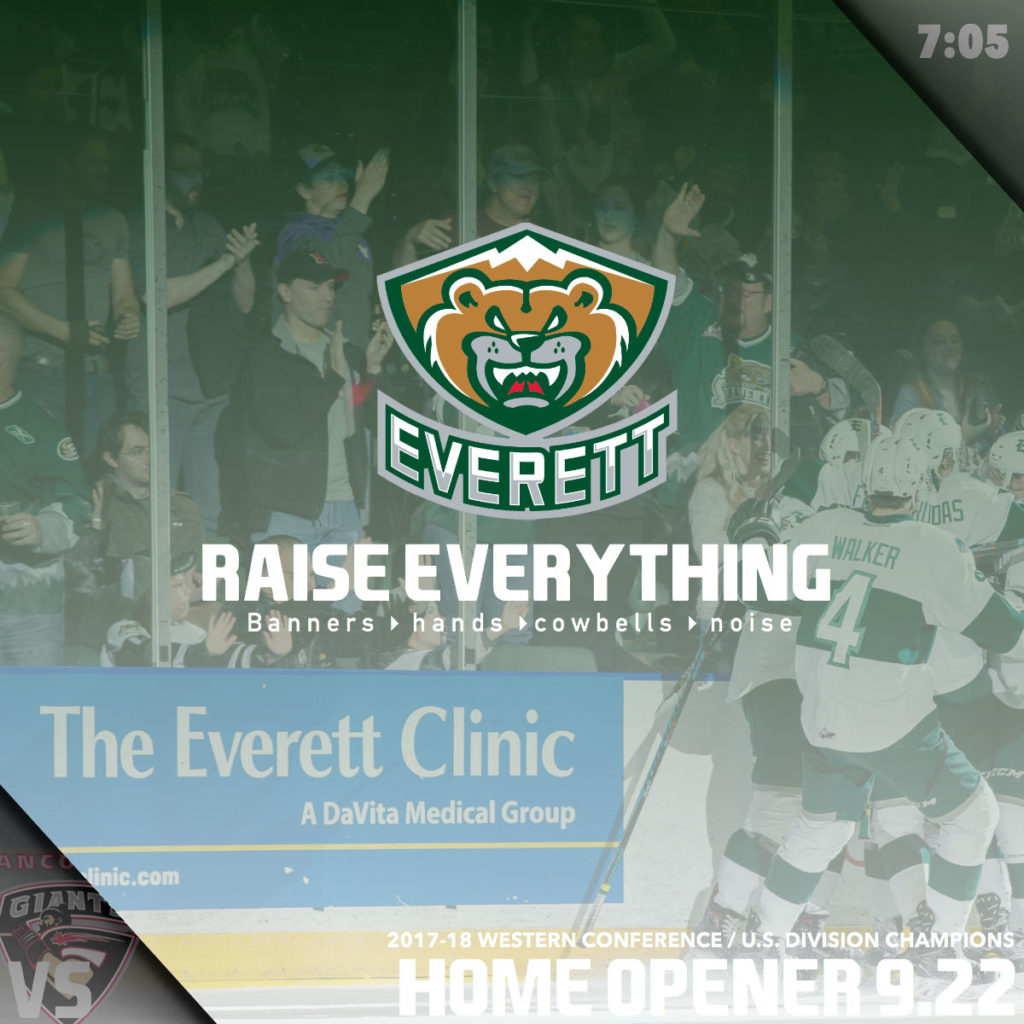 EVERETT, Wash. – The Everett Silvertips (@WHLSilvertips), two-time Western Conference champions and six time U.S. Division champions of the Western Hockey League, announced today their home opener for their 16th season of play in the WHL and 2018-19 regular season schedule will be at Angel of the Winds Arena in downtown Everett on Saturday, Sept. 22 against the Vancouver Giants at 7:05 p.m.

The home opener will celebrate the Silvertips 2017-18 Western Conference and U.S. Division championships, represented in a banner raising ceremony to the rafters of A.O.T.W. Arena and scheduled before the opening face-off.

The Silvertips named forward Connor Dewar captain and center Riley Sutter alternate captain for the 2018-19 season. Dewar (Minnesota), Sutter (Washington), and Everett native and defenseman Wyatte Wylie (Philadelphia) were selected in the 2018 NHL Draft, the most Silvertips selections at the draft since 2010.

The full 68-game schedule for the Silvertips 2018-19 regular season will be announced on Tuesday, Jun. 26.