HOMEGROWN // 16 in Tips Camp From, or Nearby WA 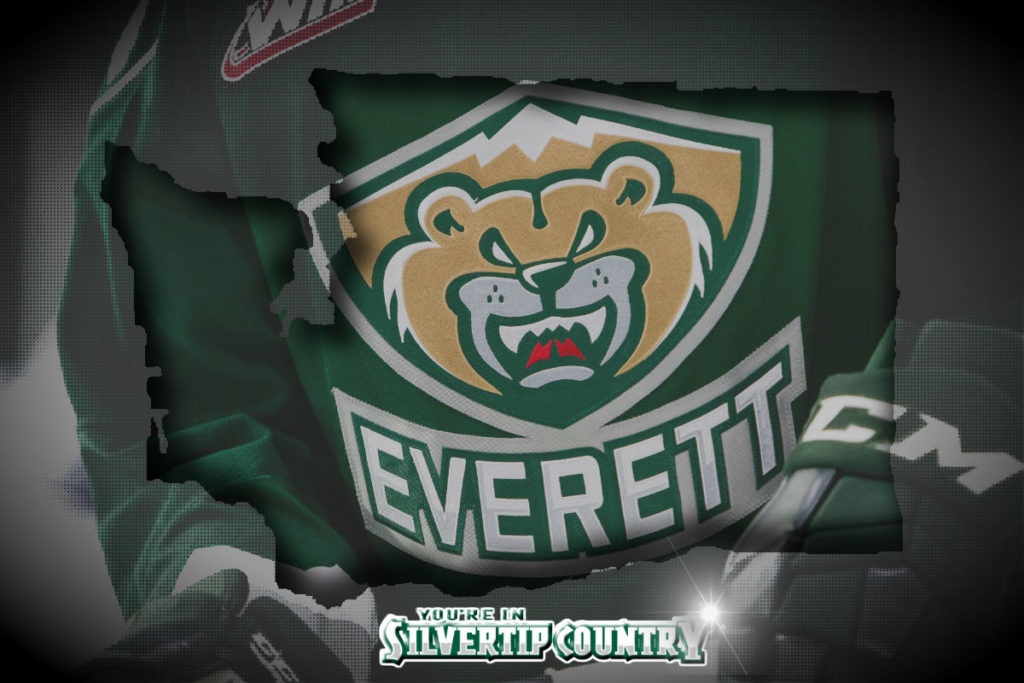 EVERETT, Wash. – The Everett Silvertips (@WHLSilvertips), six-time U.S. Division champions and defending Western Conference champions, announced that 16 players originally from the state of Washington have suited up in 2018-19 Silvertips Training Camp, underway at Angel of the Winds Arena in downtown Everett.

“The number of developing players from the Pacific Northwest continues to increase year by year, and it’s validated by the talent competing in Silvertips Training Camp,” said Silvertips general manager Garry Davidson. “We take pride not just in scouting North America and the globe for hockey talent, but also paying attention to the evolving talent base that’s around us locally. Three players – Wyatte Wylie, Dawson Butt, and Luke Ormsby – are all Washington homegrown who made contributions in our run to a Western Conference title last season. We’re looking forward to seeing more players committed to making a similar testimony.”

Silvertips training camp is represented by the following players originally hailing from Washington or surrounding cities:

The list accounts for players residing in the state of Washington or within 15 miles east of the Washington/Idaho border to Coeur d’Alene, Idaho. Silvertips goaltender Dustin Wolf, originally a native of Tustin, Calif., is additionally residing full time in Lake Stevens, Wash.

Last season, the Silvertips earned their second Western Conference title and sixth U.S. Division title in franchise history with their second most regular season total in wins (47) and third most points (99) in franchise history. Wylie became the first Everett born, trained (via Everett Youth Hockey), and drafted Silvertips player to be selected in the NHL Entry Draft, taken by the Philadelphia Flyers in the fifth round (127th overall) after earning 31 points and a +12 rating in all 72 games. Wolf earned CHL Goaltender of the Week honors after winning the first two appearances of his career and had four shutouts and a .928 save percentage in 20 regular season games, and will suit up for Team USA at the USA Hockey All-American Prospects Game on Sept. 19 in Minnesota. Ormsby and Butt each suited up in 45 games with the Silvertips.

Silvertips 2018 Training Camp is underway at A.O.T.W. Arena with all scrimmages open to the public and free of charge. Opening the Silvertips home schedule, which covers 34 games this season at Angel of the Winds Arena, is Opening Night against the Vancouver Giants on September 22 at 7:05 p.m. All fans will also witness the raising of the Silvertips sixth U.S. Division championship banner and second Western Conference championship banner to the rafters before the opening puck drop, and the first 5,000 fans at the doors will receive a collectible Silvertips magnet schedule, presented by Lamoureux Real Estate and Sound Transit. Season Tickets and Mini-Plan Packages are available at www.everettsilvertips.com/season. Opening Night for the Tips 2018-19 season is Friday, Sept. 21 at Vancouver (7:35 p.m., 1380 AM / 95.3 FM KRKO).