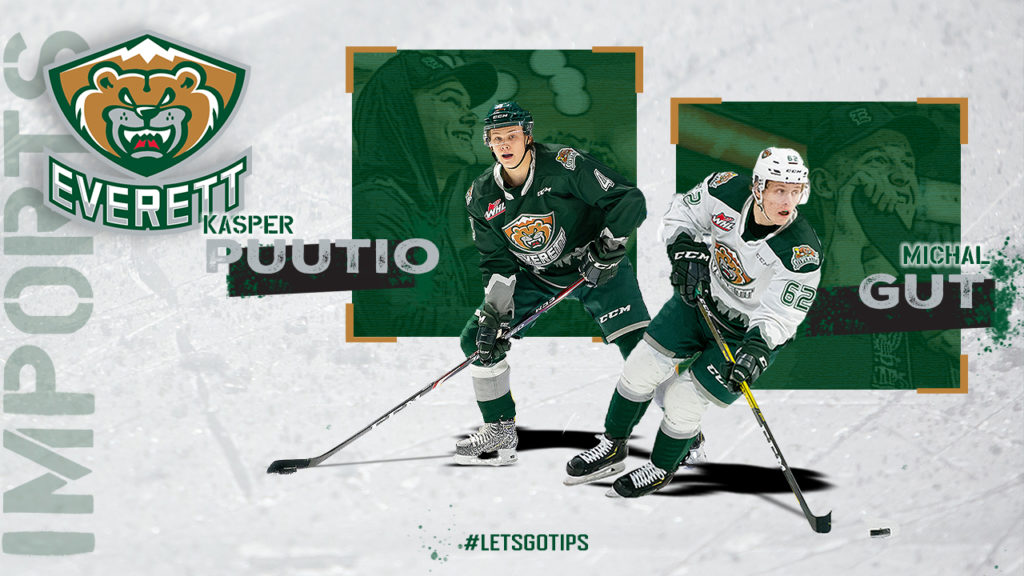 With a future that’s just beginning to take off like a supernova and potentially productive years still ahead in downtown Everett, both defenseman Kasper Puutio (Finland) and center Michal Gut (Czech Republic) are scheduled to be retained for the 2020-21 season with the Silvertips, and the club will elect to pass on selections in the upcoming 2020 CHL Import Draft.

Both Puutio and Gut played significant roles in the Silvertips surge toward the end of the 2019-20 season, cut short due to the COVID-19 pandemic, finishing one point behind the top record in the WHL and Scotty Munro Trophy.

Puutio and Gut, both positioned to enter their second WHL seasons, also furnished commanding attention ahead of the upcoming 2020 NHL Draft, re-scheduled at a to be determined date. Both 2002-born players were among four Silvertips listed in the final North American rankings by NHL Central Scouting, ahead of the 2020 draft.

Puutio, who turned 18 on June 3, was the first overall selection of last year’s CHL Import Draft by Swift Current and finished with 28 points (5g-23a) in 56 games on the blueline, including 12 points in 21 games after the Silvertips acquired him from the Broncos along with center Ethan Regnier on Jan. 10 in a four player, two draft pick trade.

Gut, who turns 18 in August, was 9th in WHL rookie scoring with 36 points (13g-23a) in 51 games with the Silvertips – along with a trio of three point games. He earned 7 points in 7 games at international competition this past season, also racking up 4 points in 4 games for Team Czech Republic at last summer’s Hlinka Gretzky Cup.

The WHL has targeted a start date of Oct. 2. Training camp information is expected to be announced at a late date.