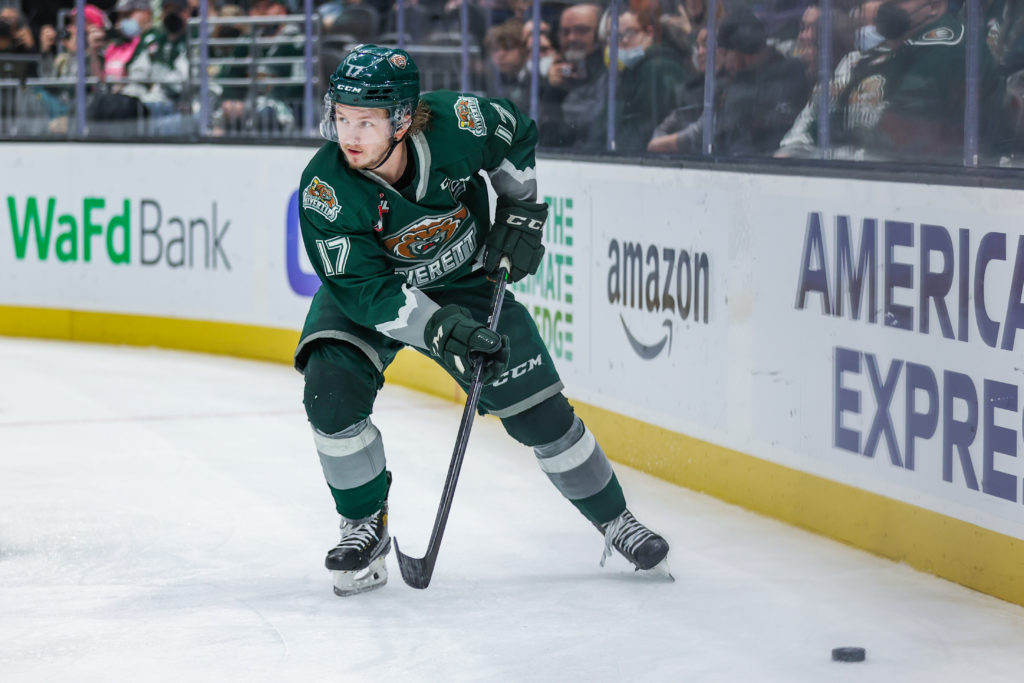 EVERETT, Wash. — The following is a statement from Everett Silvertips general manager and head coach Dennis Williams, regarding the status of forward Jackson Berezowski:

“Prior to the WHL Playoffs, Jackson Berezowski suffered a season-ending upper-body injury in Portland. Jackson has successfully undergone surgery, and we fully expect a healthy recovery to have him back leading our team next season. Jackson is an instrumental player on the ice and a true leader off it. His well-being and health is our number one priority.”

Berezowski amassed one of the best goal-scoring seasons in Everett Silvertips history in 2021-22, finishing just one tally away from tying Joshua Winquist’s franchise record of 47 goals set in 2013-14. Berezowski finished with 46 goals (third-most in the WHL) and 33 assists for 79 points in 62 games played, good for second-best point total on the team and tied for fifth-best in the Western Conference. Nine of his goals proved to be game-winners, a mark that tied for third-most in the WHL. He contributed fourteen powerplay goals with 12 assists, while only accruing 23 penalty minutes of his own.

His bruising physical play coupled with his scorer’s touch and discipline earned him several accolades, including the WHL U.S. Division’s Most Sportsmanlike Player Award and First-Team U.S. Division All-Star honors. He was also named the Everett Silvertips’ Team Co-MVP by the coaching staff and given the F.I.E.R.C.E. Predator Award for Fearless, Inspirational, Enthusiastic, Relentless, Courageous and Exceptional play by the Everett Silvertips Hockey Booster Club at the team awards ceremony on Apr. 8.

As co-captain of the Silvertips, Berezowski helped lead Everett to their ninth U.S. Division title in franchise history, leading the Western Conference with 100 standings points. It is just the third time in 19 seasons that the Silvertips crossed the 100-point mark as a team and the fifth time they entered the WHL Playoffs as the top seed in the West. The 2021-22 Silvertips set a franchise record for goals in a season (280) while also leading the league in powerplay goals with 79- the most scored by a Silvertips team since 2006-07 and third-most in franchise history.