SELECT-A-SEAT MONTH IS HERE | CLICK HERE FOR DETAILS & LOCK IN THOSE SEATS YOU HAVE ALWAYS BEEN LOOKING FOR!
May 3, 2021 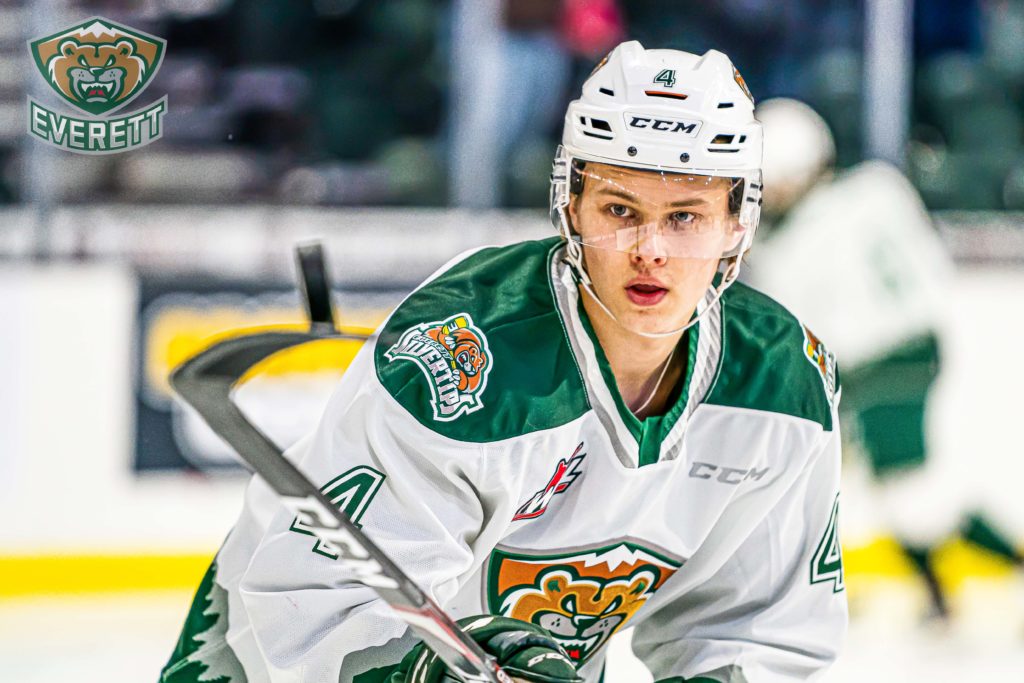 EVERETT, Wash. – Defenseman Kasper Puutio, who suited up in 2019-20 with the Everett Silvertips, has signed a two-year professional contract with KalPa Kuopio of the Finnish Elite League (Liiga, Finland). Puutio was one of two Silvertips on the roster categorized as import players, remaining on the club’s protected list for the 2020-21 season.

Puutio was selected last offseason in the 2020 National Hockey League Entry Draft by the Florida Panthers in the fifth round (153rd overall).

“We recognize the opportunity that Kasper has ahead of him with one of the top professional leagues in Europe, and thank him for his dedication as a Silvertip,” said Silvertips general manager Garry Davidson. “Kasper played the game with a smooth and assertive approach, and his future as a Florida Panthers prospect is very bright. He was very adamant in expressing how grateful he was for his coaching, teammates, and the opportunity to play in Everett. As we wish him the very best moving forward, our attention will turn to the CHL Import Draft, where we’re very excited about an opportunity to find a new Silvertip from a very talented pool of players who will be available.”

Puutio, 18, this season remained in Finland due to border restrictions related to the coronavirus pandemic and earned a goal with two assists in 29 games with Kärpät (Liiga) in Finland, additionally earning a bronze medal with Team Finland at the 2021 IIHF World Junior Championship in Edmonton, totaling a pair of assists in seven tournament games. He also earned three assists in three games with Finland at the 2019-20 Hlinka Gretzky Cup. The native of Vaasa, Finland posted 12 points (4g-8a) in 21 games along with a +13 rating as a Silvertip, originally acquired from the Swift Current Broncos on January 10, 2020. Puutio previously had 16 points (1g-15a) in 35 games with Swift Current during his first WHL season.

Silvertips forward Michal Gut remains on the club’s protected list and has skated this season on loan to HC Banik Sokolov in the Czech Republic, earning 21 points (10g-11a) in 20 games along with a +9 rating, and appearing in three games with Team Czech Republic at the World Juniors.

UP NEXT: The Tips, the 2021 U.S. Division champions, return home for the final homestand of the season starting Wednesday, 7:05 p.m. (KRKO/WHL Live) against the Seattle Thunderbirds. Viewing packages remain on sale at watch.chl.ca. Play-by-play “Voice of the Tips” Mike Benton will have pre-game coverage beginning 30 minutes before puck drop.