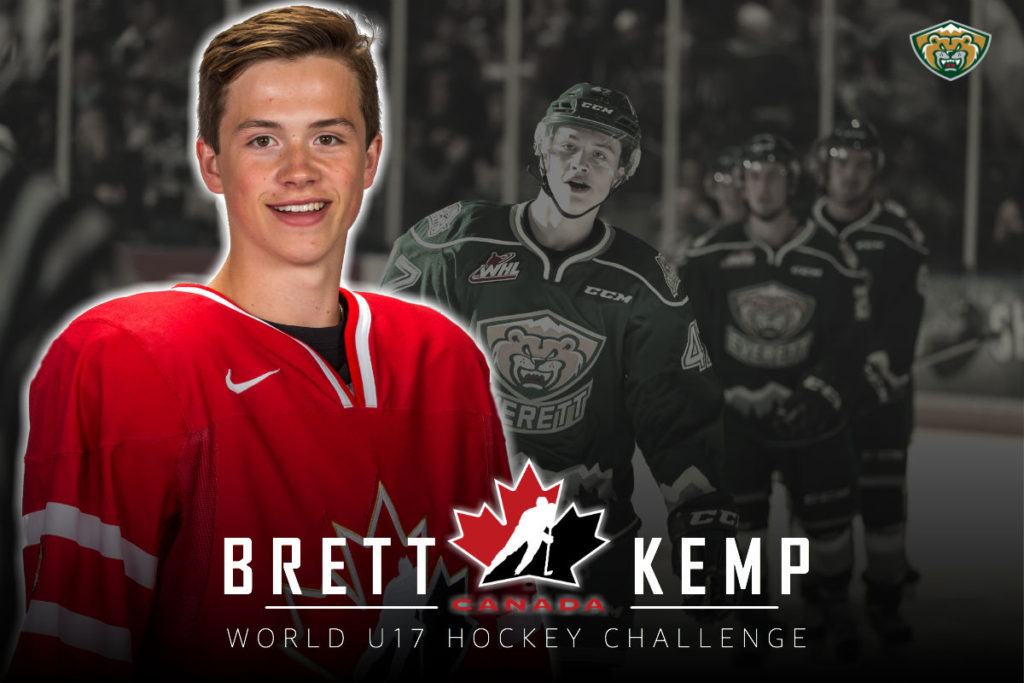 EVERETT, Wash. – The Everett Silvertips (@WHLSilvertips), proud member of the Western Hockey League, announced in conjunction with Hockey Canada that forward Brett Kemp has been named to Canada’s roster for the upcoming World Under-17 Hockey Challenge, hosting 66 of the country’s best young hockey players in Sault Ste. Marie, Ont., Oct. 27-Nov. 5. Silvertips assistant coach Mitch Love will also return to Hockey Canada’s staff, serving behind the bench for the second straight year after claiming a gold medal in the event last season.

The process, which began with 111 players who took part in a seven-day development camp in late July, will be finalized next week when the 66-player roster is divided to make up the three Canadian teams – Team Canada Black, Team Canada Red, and Team Canada White – who will face the Czech Republic, Finland, Russia, Sweden, and the United States in their quest for gold.

Kemp, a 2000-born forward, has collected three points (2g-1a) in five games with the Silvertips and in his first full WHL season. He made his debut last season in the regular season finale at Victoria and was the Silvertips first selection in the 2015 WHL Bantam Draft, chosen in the second round (41st overall).

The 5-foot-11, 160 pound forward was a second All-Star Team honoree with the Yorkton Maulers (SMHL) last season, tied for the club lead with 31 assists and ranking second with 51 points in 42 games.

The Silvertips and Cougars return for a rematch tonight, 7:00PM PT (Fox Sports 1380 / WHL Live) at CN Centre. Ticket specials for Saturday’s home game, “Pink The Rink,” vs. Seattle at 7:05 p.m. are available at http://everettsilvertips.com/pinktherink.