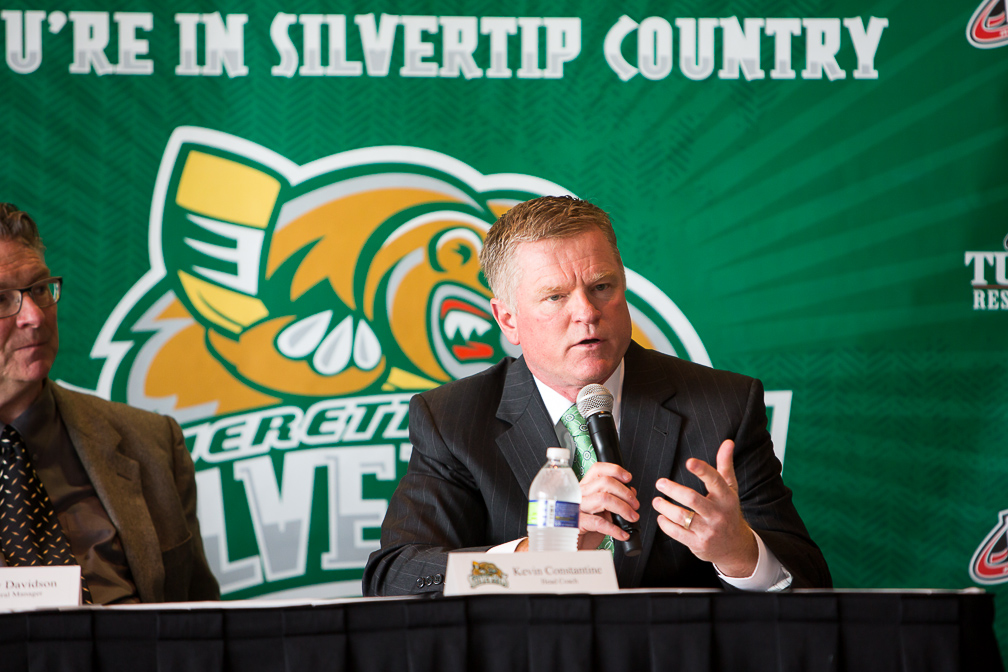 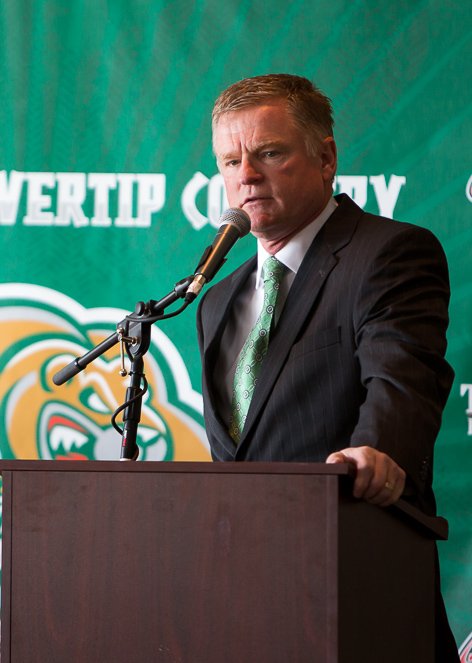 Constantine to the franchise, where he will resume the role he first held with the club from 2003 until 2007.  Already the winningest Head Coach in franchise history, Constantine will step back behind the Everett bench this fall to begin his second stint with the club in 2013-14.

“Looking through the criteria we had identified for our coaching position, Kevin quickly rose to the top of our list of candidates,” said Silvertips General Manager Garry Davidson.  “He is a teacher and a developer with plenty of head coaching experience and a proven track record of success at numerous levels, including ours.  I believe his work ethic and attention to detail make him the right coach to take us where we want to be over the next few years, and that is contending for championships among the top teams in the WHL.”

Constantine led the Silvertips to four wildly successful seasons during his first tenure in Snohomish County, winning three US Division titles (2004, 2006 and 2007), the 2004 Western Conference Championship and the 2007 WHL regular season title while posting 162 victories for a .613 regular season winning percentage.  After his inaugural Silvertips smashed nearly every WHL record for an expansion team on their way to a stirring run to the 2004 WHL Championship series, he was awarded the Dunc McCallum Memorial Trophy as the league’s Coach of the Year.

“My family and I are eager for the opportunity to come back to a team and an area that has been an exciting part of our lives in years past,” Constantine said.  “I have such a high comfort level with coming back to this organization, these fans, and this region that it really is a blessing to be able to return to the Silvertips.  Hopefully we can have the same type of success we enjoyed the first time around.  Of course some things have changed since then, but I don’t think the work you do as a coaching staff is much different.  The same process of preparing the players and knowing the league is what will combine to make us successful on the ice.”

Hailing from International Falls, Minnesota, Constantine guided the Silvertips to all seven of the franchise’s playoff series victories over his four seasons.  He coached the highest-scoring team in franchise history in 2006-07 and oversaw the four best defensive seasons the club has enjoyed as well.  Seven of the eight former Silvertips who have gone on to play in the National Hockey League spent the bulk of their Everett careers under his tutelage.

Before coming to the ‘Tips in 2003, Constantine spent parts of seven seasons in the NHL coaching the San Jose Sharks, Pittsburgh Penguins and New Jersey Devils.  He posted a .515 winning percentage with a 161-150-61-5 record behind the bench and is one of only two coaches to lead two #8 seeds to playoff series victories over #1 seeds.  Constantine was the runner-up for the 1994 Jack Adams Award as NHL Coach of the Year after engineering the biggest single-season turnaround in NHL history in his first year with San Jose (a 58-point improvement from 1992-93).

In addition to the WHL and NHL, Constantine has coached at a number of other levels during a career spanning nearly 30 years.  Starting out in the USHL junior ranks in the mid-1980s, he graduated to the International Hockey League and won both a Turner Cup Championship and the IHL Coach of the Year honor in his first year with the Kansas City Blades in 1992.  Since leaving the Silvertips in 2007, he spent three seasons with the Houston Aeros of the American Hockey League and coached overseas for Ambri-Piotta of the Swiss National League A.