Kevin Davis to Skate With the Minnesota Wild in Development Camp 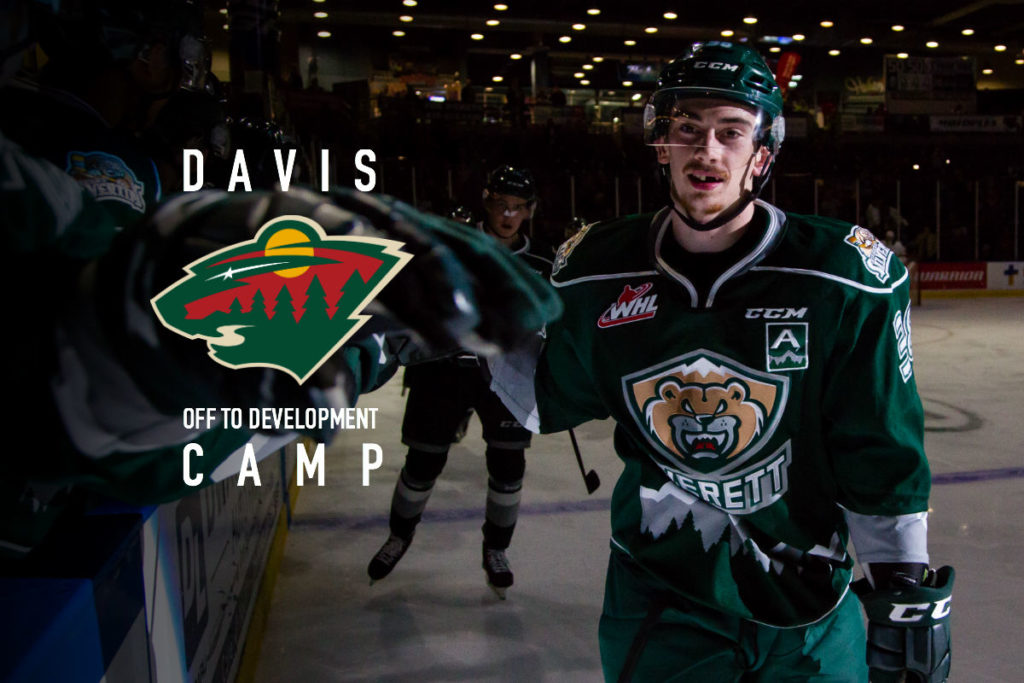 EVERETT, Wash. – The Everett Silvertips (@WHLSilvertips) announced today that defenseman Kevin Davis has been invited to participate in development camp with the Minnesota Wild of the National Hockey League.

The Wild will host their development camp July 8-13 at Xcel Energy Center and Davis is a part of 42 players scheduled to participate in the camp, which includes two scrimmages to be streamed on www.wild.com.

Davis, 20, is eligible to return to the Silvertips for his overage season and last season racked up a career high 59 points in 72 games, leading all Silvertips blueliners in scoring while ranking tied for eighth among WHL defensemen. He buried nine goals, led all Tips d-men, and was seventh among all league blueliners in assists (50), eighth in power play goals (8), and tied for fourth overall in power play points (37).

The 6-foot, 181-pound defenseman was named recipient this season of the Silvertips Most Improved Player award, the Tips Iron Man award, and was the Western Conference honoree for the WHL Most Sportsmanlike Player award. He had eight points in ten postseason games and for his career has 110 points, a +13 rating, and 62 penalty minutes in 276 games. For his postseason career, Davis has 17 points and four penalty minutes in 38 career games.

Davis was originally a first round (11th overall) selection by the Silvertips in the 2012 WHL Draft.

Over the first 14 seasons of play for the Silvertips, a total of 17 players have suited up with the Silvertips then advanced to play in the NHL.