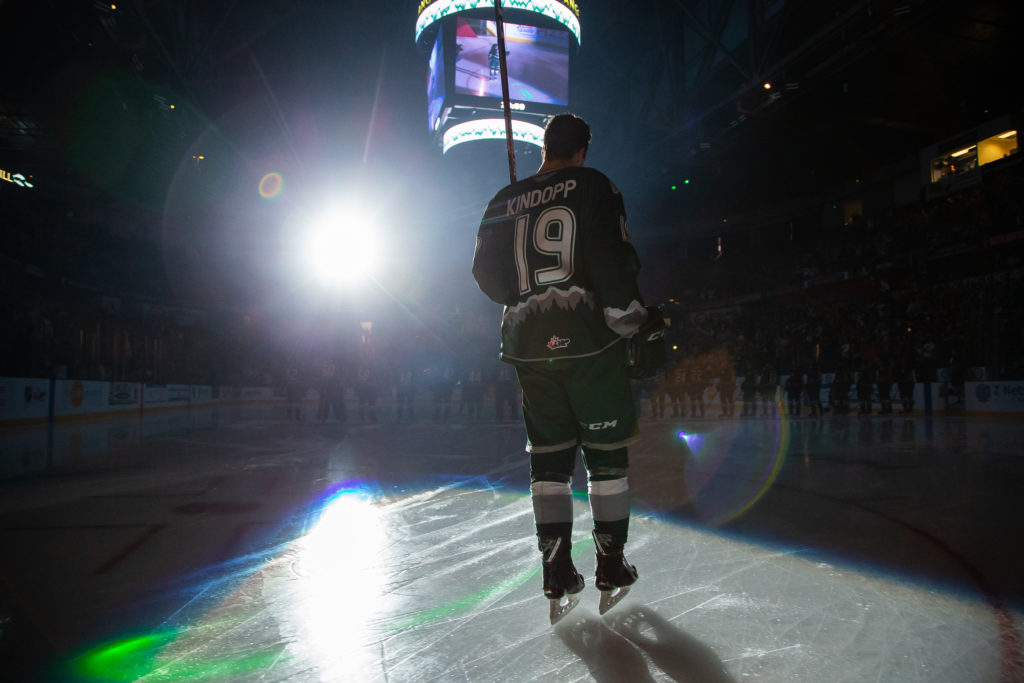 Toronto, Ont. – The 2019-20 Canadian Hockey League season is officially underway and early performances by six players from coast-to-coast have earned them a position in the debut edition of the Vaughn CHL Team of the Week.

This week’s forward group is headlined by Peterborough Petes centre Semyon Der-Arguchintsev, a Toronto Maple Leafs prospect who led the circuit with seven points, all coming as helpers, as he was dubbed the OHL On the Run Player of the Week. The Russian-born forward’s efforts guided the Petes to a 1-1-0-0 showing to begin the year.

Topping the charts in the WHL was Everett Silvertips captain Bryce Kindopp, who led all league scorers with six points counting three goals and three assists to help his club earn a split through the first two games of the new campaign. The veteran forward was recognized as the WHL On the Run Player of the Week. 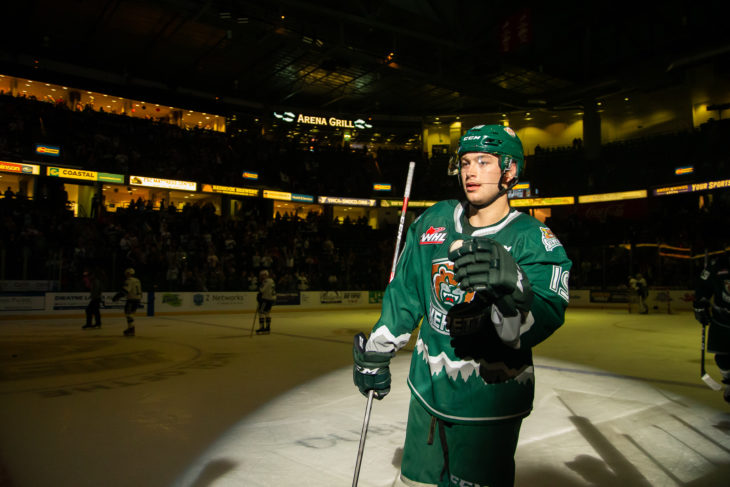 Rounding out the forward ranks is Quebec Remparts right-wing Pierrick Dube, who potted a hat-trick Sunday to lead his club to a 6-4 victory over the Drummondville Voltigeurs. Across two contests, Dube has collected five points to come away as the Ultramar QMJHL Player of the Week.

The blue line begins with Erie Otters defenceman and 2020 NHL Draft prospect Jamie Drysdale, who matched a franchise record Saturday in recording five points counting one goal and four assists in an 8-5 triumph over the Hamilton Bulldogs. The high-water mark draws Drysdale even with Steve Montador and David Froh as the only Erie rearguards to have scored five points in one game. Drysdale’s five points lead all OHL defenders.

Partnering on the back end is 19-year-old defenceman Seth Bafaro of the Vancouver Giants whose five points including two goals and three assists lead all WHL blue-liners in the season’s early goings. Bafaro enters Friday’s contest against the Portland Winterhawks as his club’s leading scorer.

Between the pipes, the top performance came from Seattle Thunderbirds netminder Roddy Ross, whose lone appearance proved to be busy as he turned aside 50 shots in an eventual 4-1 decision versus the Kamloops Blazers, giving the Philadelphia Flyers sixth round pick a leading .980 save percentage. 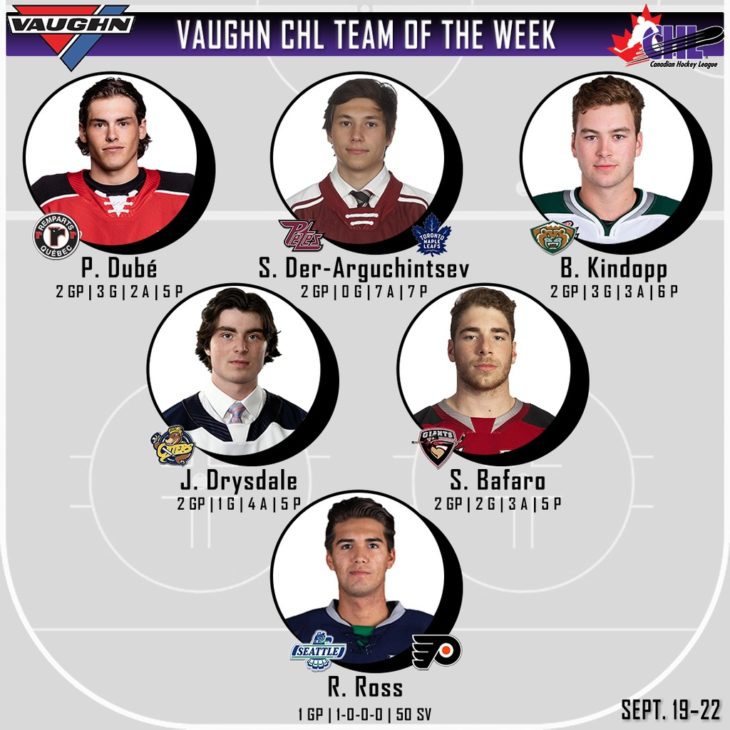 About the Western Hockey League
Regarded as the world’s finest development league for junior hockey players, the Western Hockey League (WHL) head office is based in Calgary, Alberta.  The WHL consists of 22 member Clubs with 17 located in Western Canada and five in the U.S. Pacific Northwest.  A member of the Canadian Hockey League, the WHL has been a leading supplier of talent for the National Hockey League for over 50 years.  The WHL is also the leading provider of hockey scholarships with over 350 graduates each year receiving WHL Scholarships to pursue a post-secondary education of their choice.  Each season, WHL players also form the nucleus of Canada’s National Junior Hockey Team.