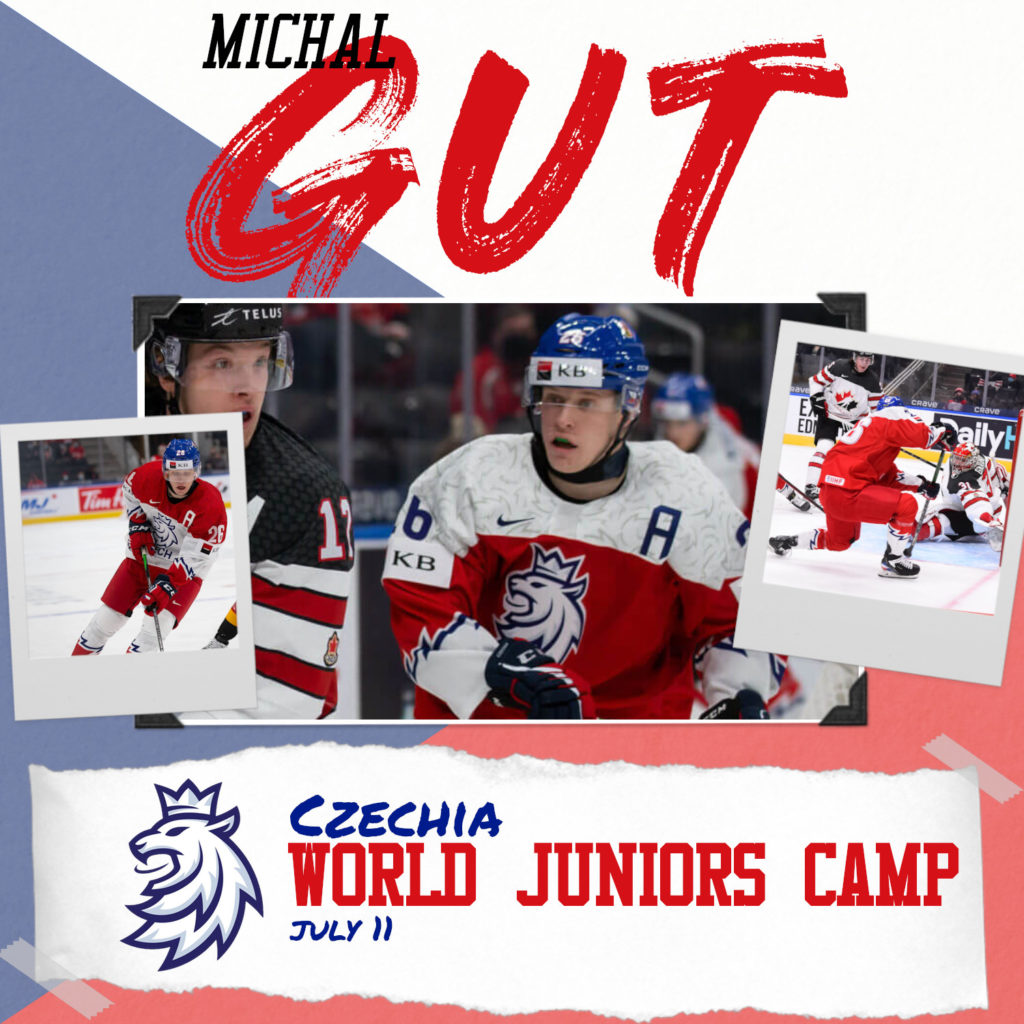 EVERETT, Wash. — Everett Silvertips forward Michal Gut is back on the Czechia World Juniors Selection Camp roster ahead of the 2022 and 2023 IIHF World Junior Championships.

Gut, an ’02-born Kadan native, has twice represented Czechia at the U20 level, both at the 2021 tournament and the re-scheduled 2022 tournament. He had registered a goal and an assist in two games played as an alternate captain before COVID cancelled the remainder of the 2022 games. Gut has also played for Czechia at the U-18 level, collecting four points in four games as team captain in the 2019-20 Hlinka Gretzky Cup, and at the U-17 World Hockey Challenge where he also served as captain for their five-game appearance.

Gut led the Everett Silvertips in points-per-game over the course of the 2021-22 WHL campaign, potting 18 goals with 53 assists in 53 games played.