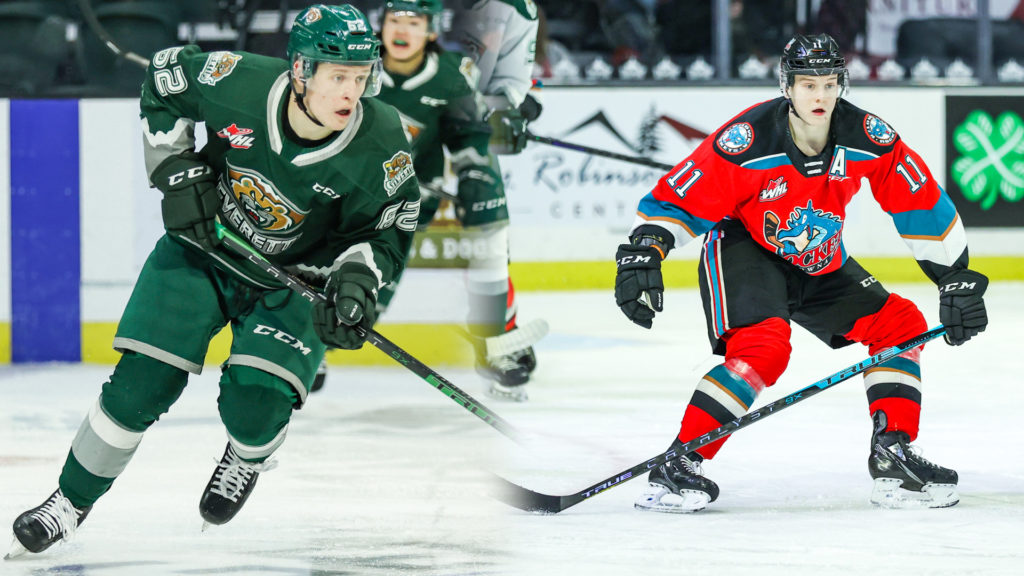 Everett Silvertips forward Michal Gut is showing support for his friend and Czech national teammate Pavel Novak’s fight with cancer by auctioning off a specialty game-used stick during the upcoming 2022 IIHF World Junior Championship. Proceeds from the auction will benefit the Ivan Hlinka Endowment Fund.

“We all know what happened to our friend,” Gut explained to Czech media. “I thought about it and wanted to somehow support him and help him…. We have known each other since the national team and we are good friends. I write to him almost every day. I have never seen a stronger person. He always stays positive and handles it well. I think he will win this tough match.”

Gut approached his stick manufacturer, True Sticks, to arrange the creation of special purple sticks for him to use at the World Junior Championship in Edmonton. His original intention was to auction the game-used sticks to directly assist in the payment of Novak’s medical bills, a gesture which Novak politely declined. The pair mutually agreed on a proper channel to donate the proceeds.

“I asked him if he would need the money,” Gut explained. “He told me no. So we agreed to donate them to Mrs. Hlinková’s foundation, which I had already called. She was very happy. She told me that people are generally not in a good financial position at the moment and little money is collected lately, so that will definitely help.”

Novak, an ’02-born winger for the Kelowna Rockets, signed an entry-level contract with the Minnesota Wild in May of 2022. He and Gut have been teammates at several levels of international play with Czechia, including the 2018-19 World Hockey Challenge and the 2021 IIHF World Junior Championship. Novak announced publicly on social media that he would be unable to participate in summer activities with the Wild as a result of his oncological diagnosis.

“Unfortunately, my health condition does not allow me to prepare for the next season,” he wrote in a statement released by Minnesota Wild PR. “The coming months will not be easy for me but I firmly believe that everything will turn out well and soon I will fly again on the ice with joy and passion!”

The Ivan Hlinka Foundation helps hockey players and other hockey officials facing extenuating social and economic circumstances. Gut expressed that he hopes the gesture is the beginning of an outpouring of support for Novak.

“This is the beginning. Maybe someone will join, donate a jersey or something similar. It will be up to others. I will just be happy. I hope the support will be seen and as much money as possible will be raised to help people.”

Details of the auction will be released in the coming weeks. The 2022 World Junior Championship is slated to begin on Aug. 9 running through Aug. 20.