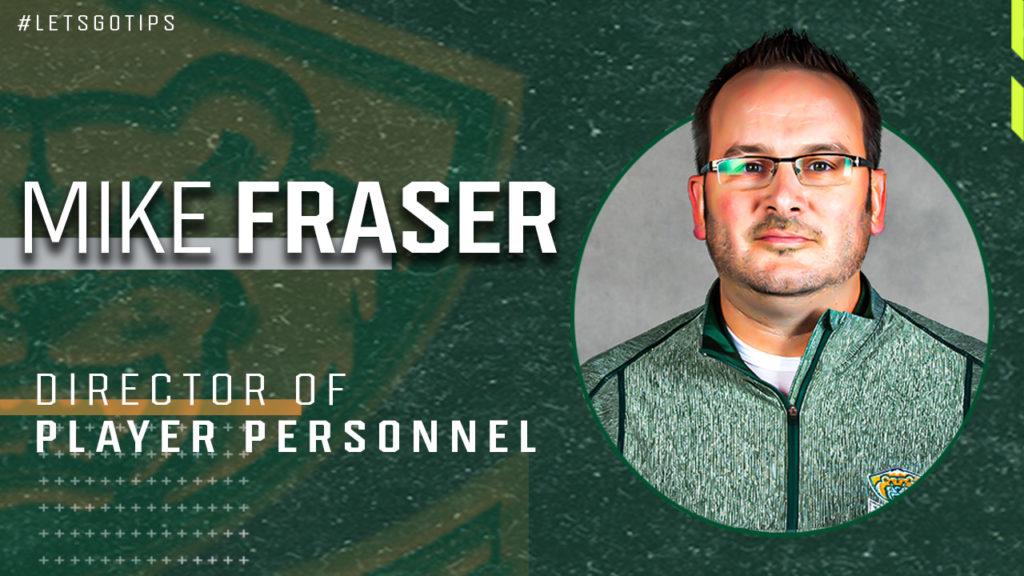 “In his three seasons as head scout, Mike has gained valuable experience suitable for a new opportunity in our hockey operations department,” said Consolidated Sports Holdings chief operating officer Zoran Rajcic. “His judgement is respected, he has a great eye for talent, and worked with tireless commitment to finding the next wave of future Silvertips, some who have already begun making an impact on our roster. As we identified his promotion as a critical piece of success, his contributions to fortifying our depth chart, preparing for the WHL Draft, and more will be extremely valuable as we move ahead with shaping our future.”

“Earning an opportunity like this is what I’ve worked for over the years, and to move forward with this prestigious organization means so much,” said Fraser. “They’ve made me feel like a part of the family since my first day, and we’ve worked so hard together to shape a franchise that is reputable for on ice success and developing future talent. My goal is to continue helping move us in that direction, emphasizing our core values of skill and speed. As time in position grows, I’ll look forward to working with our returning group of players, future prospects, scouting department, and coaching staff to maintain an exciting core of players who love playing for each other, the fans of the Pacific Northwest, and their future.”

Fraser, 42, was named Silvertips head scout on July 3, 2018 and was responsible for control of daily supervision of the Silvertips scouting staff and talent evaluation across North America and Europe. After his first WHL Draft with the Silvertips in 2019, selections and forwards Ben Hemmerling (3rd round), Austin Roest (3rd round), Matthew Ng (5th round), and goaltender Evan May (11th round) all made their debuts as a part of the Silvertips U.S. Division championship season, while Hemmerling and Roest were co-recipients of the Silvertips Rookie of the Year award.

Prior to working with the Silvertips, he served as a scout with the Brandon Wheat Kings for six seasons and contributed to the construction of the Wheat Kings roster which secured the Eastern Conference title and Scotty Munro Trophy in 2014-15, and hoisted the Ed Chynoweth Cup as WHL champions in 2015-16, with scouted forwards Nolan Patrick and Ty Lewis, and defenseman Kale Clague.

The Edmonton, Alberta native, also served the Swift Current Broncos as a scout for seven years (2005-12) and as a coach at the Manitoba Junior Hockey League level with Swan Valley for two years (2003-05), when he also served on the coaching staff for the MJHL Prospects Game in 2004. A former goaltender and MAAC All-Rookie honoree in 2000 with Iona College, Fraser was a BCHL All-Star honoree in 1999 and playoff MVP with the Victoria Salsa. He has experience in print journalism, previously serving with coverage as a sports reporter, columnist, and editor in Brandon.