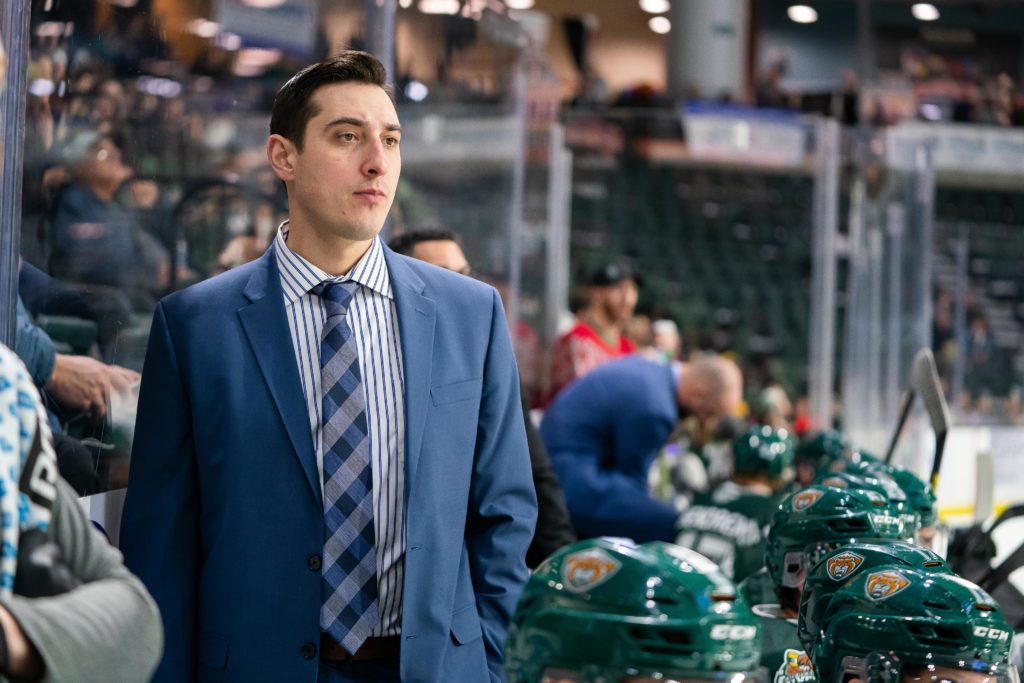 EVERETT, Wash. – Everett Silvertips general manager Garry Davidson announced today that Mike Lysyj, who served the Silvertips as assistant coach for the 2019-20 season, has resigned from his position to pursue new career opportunities.

Lysyj spent one season with the Silvertips and was named to his position on Jun. 25, 2019. The Silvertips led the WHL last season in wins (46) and finished one point shy of the Scotty Munro Trophy (most points in the WHL regular season) at 46-13-3-1 (96 points), before the league’s conclusion of the season in March due to the coronavirus pandemic.

“From the feedback we received in exit meetings, Mike was terrific with our players and the compliments reflected it with his involvement,” said Davidson. “We appreciate his commitment and acknowledge the opportunity that lies ahead for the direction of his career. We wish him nothing but the best, moving forward.”

“Mike served the Everett Silvertips program and our coaching staff with professionalism, dignity, and excellence,” said Silvertips head coach Dennis Williams. “Mike has a bright future in coaching, and we wish him the best in the next chapter of his career.”

Lysyj, 31 has spent time previously as assistant coach for Rensselaer Polytechnic Institute, SUNY Fredonia and as an instructor with USA Hockey’s New England District. The former forward made his pro debut with an assist in six games with the Orlando Solar Bears (ECHL) in 2012-13 and recorded 29 games split between Peoria and Mississippi (SPHL) in 2013-14. Lysyj spent all four seasons of his college playing career with SUNY Cortland, registering 77 points (39g-38a) in 96 games.