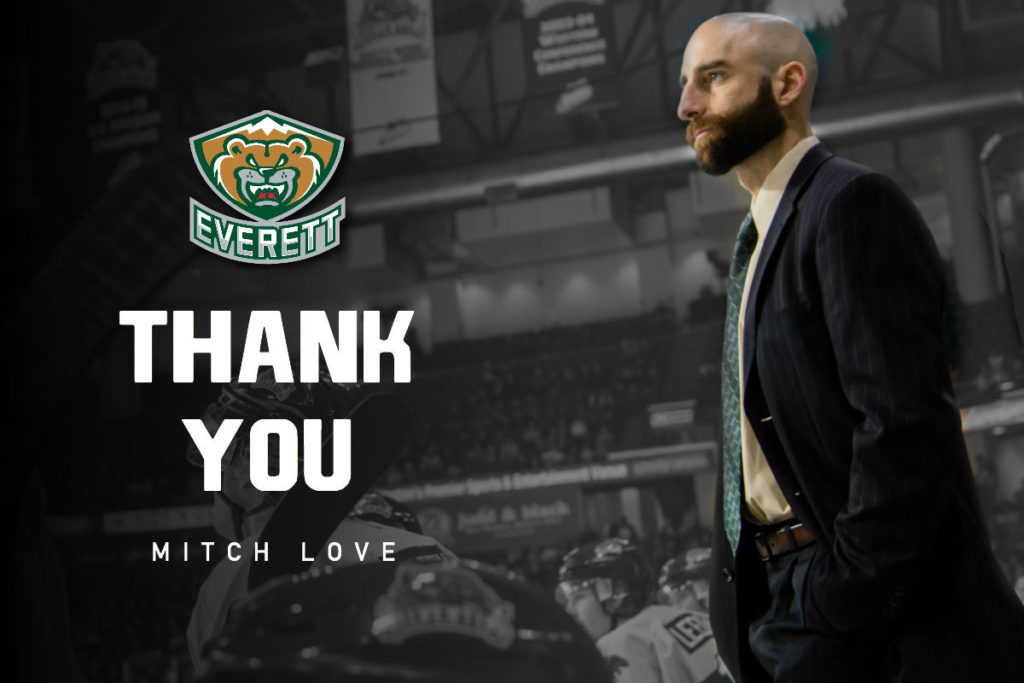 EVERETT, Wash. – The Everett Silvertips (@WHLSilvertips) and general manager Garry Davidson announced today that Mitch Love, who had served the Silvertips as assistant coach from 2011-18, has accepted an offer to serve as head coach of the Saskatoon Blades of the Western Hockey League.

“First and foremost, Mitch Love poured his heart and soul into this organization and community; we couldn’t be any more proud of him and the impact he made with the Everett Silvertips,” said Davidson. “He’s a testimony to work ethic and professionalism, qualities that made him such a beloved figure here as a player and coach. It’s not easy to see him depart, but it’s a tremendous opportunity that he deserves in a head coach role. We thank Mitch for his efforts, and wish him nothing but the best. He’ll always be a part of our family.”

Davidson continued, “This event is another example of the impact the Everett Silvertips make in developing players, coaches, and staff who make an impact and receive opportunities that we can be proud of. At this time we are currently evaluating our assistant coaching position under head coach Dennis Williams, and will begin our search immediately to fill the position.”

Love, 33, completed his seventh season behind the Silvertips bench as assistant coach and ninth overall in the organization, combined with two seasons as a Tips defenseman (2003-05). With the Silvertips as assistant coach, he helped the Tips rank lowest in the WHL for goals allowed per game for three consecutive seasons. In the span of the last seven seasons, a total of 20 Silvertips defensemen have advanced to play professionally in the National Hockey League, American Hockey League, Europe, or in U Sports programs across Canadian university ranks.

Love has served Hockey Canada as a coach in numerous events including the World Under-17 Hockey Challenge for two straight seasons, and helped his club earn the gold medal in his national coaching debut in 2015-16. At the World Under-17 Hockey Challenge, Love helped guide a group among 66 of Hockey Canada’s elite under-17 players, selected from teams across the entire Canadian Hockey League circuit. 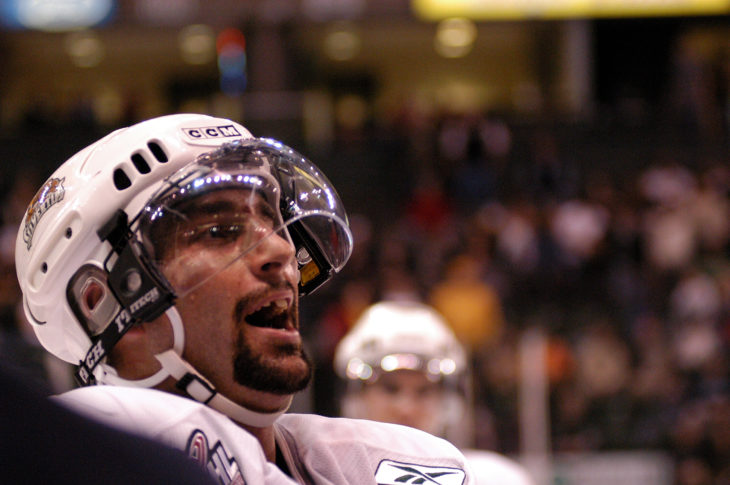 The Quesnel, British Columbia native was a member of the Silvertips inaugural squad in 2003-04 which won the U.S. Division and Western Conference championships. He served as the second captain in club history for the 2004-05 season. As a defenseman, he suited up in 325 career games over the course of six seasons, all but one in the AHL. He earned 30 points and 934 penalty minutes while scoring a goal in 16 postseason games, also skating in 320 career WHL games with the Silvertips, Moose Jaw Warriors and Swift Current Broncos, earning 99 points and 901 penalty minutes.

“Mitch is an exceptionally qualified candidate to serve as a head coach and we wish him well with this opportunity,” said Silvertips head coach Dennis Williams. “He is a dedicated and experienced individual who did a tremendous job helping develop our players both on and off the ice. My first season with our organization was very enjoyable working alongside him behind our bench, and adequately prepared him for a well-deserved next step in his career. I wish him nothing but great success.”

“When you get a chance to grow as a player and coach in one organization for nine years, the experience you encounter is nothing short of amazing and that’s what the Everett Silvertips provided for me,” said Love. “I am extremely grateful to Mr. Bill Yuill, Zoran Rajcic, Garry Davidson, and Dennis Williams for endorsing an opportunity like this to become a head coach in the Western Hockey League.

I appreciate and thank Dennis, Kevin Constantine, Mark Ferner, Chris Hartsburg, Brennan Sonne, James Stucky, Patrick Pajak, and countless others who have served our hockey staff that I had the privilege to work with who helped create this opportunity. Many thanks as well to Silvertips fans and Snohomish County for the unbelievable support they’ve given me throughout the years, as this was an incredibly difficult decision to make.

Everett will always be a part of me.”