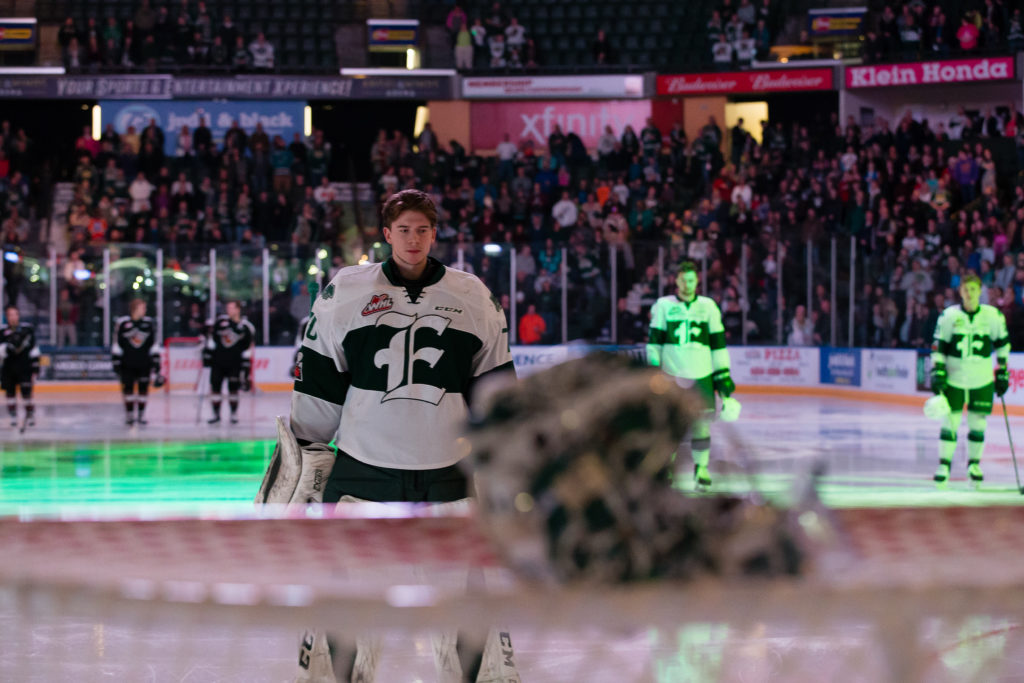 Lehigh Valley is the AHL affiliate of the Philadelphia Flyers. Hart was the first goaltender selected in the 2016 NHL Entry Draft, picked by the Flyers in the second round (48th overall). The Phantoms currently trail the Toronto Marlies, 2-0 in the Eastern Conference Finals of the Calder Cup Playoffs.

Hart, 19, finished his fourth WHL and Silvertip season helping guide the Tips to their second Western Conference title and appearance in the Rogers WHL Championship Series. Recently the first recipient in Tips history of the Four Broncos Memorial Trophy (WHL Player of the Year), and the first goaltender in WHL history to earn the Del Wilson Trophy (WHL Goaltender of the Year) on three consecutive occasions, he is a seven-time recipient of the WHL Goaltender of the Week award (16 in his career) and four-time recipient of the WHL Goaltender of the Month award this season. The 6-foot-2, 185-pound goaltender went 14-5-3 in the WHL Playoffs and was second in wins (14), minutes (1,325), goals-against-average (2.40), save percentage (.921), and tied for second in shutouts (2).

Named WHL First Team All-Star and vying for his second CHL Goaltender of the Year award, he is a three-time recipient of the Silvertips Most Valuable Player award and carries a lifetime record of 116-46-10-2 with a .927 save percentage, 2.01 goals-against-average and 26 career shutouts in 190 games, all with the Silvertips. He is the franchise goaltending leader in wins (116) and is tied for the WHL all-time lead in shutouts (26).

The 6-foot-2, 185 pound goaltender led the league this season in goals against average (1.60), save percentage (.947), shutouts (7), and was fourth in wins (31) while compiling a record of 31-6-1-3 in 41 games. He helped Canada capture the gold medal at this season’s World Junior Championship tournament. He had a 13-game winning streak this season, surrounding his gold medal accomplishment in Buffalo and was named to three straight WHL Goaltender of the Month honors.

The Sherwood Park, Alberta native is the first goaltender since Darcy Kuemper (Red Deer) to earn WHL Player of the Year honors as recipient of the Four Broncos Memorial Trophy.

Silvertips Season Ticket memberships for 2018-19 are available starting with a $50 deposit at www.everettsilvertips.com/season or by calling (425) 252-5100.