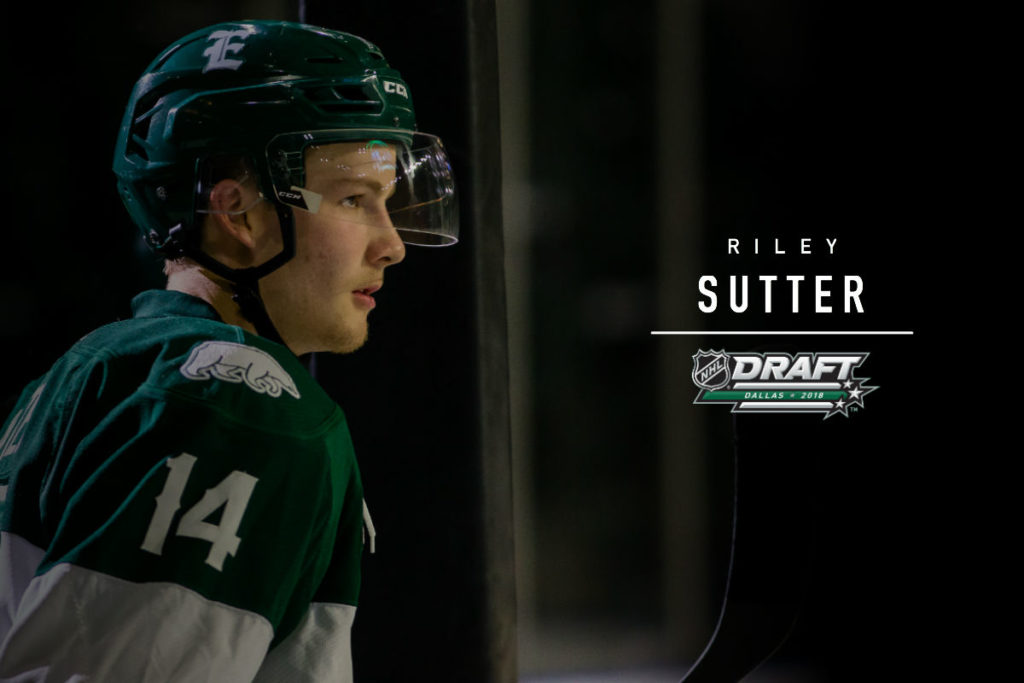 EVERETT, Wash. – Everett Silvertips forward Riley Sutter has been listed with a “B” rating among North American skaters in the preliminary rankings of players eligible for the 2018 National Hockey League Entry Draft, released by NHL Central Scouting today.

A total of 27 players were from the Western Hockey League were named on the Central Scouting Service’s preliminary rankings. Players with a “B” listing are considered possible second or third round choices in the upcoming draft. Through 14 seasons, a total of 19 players through the Silvertips program have been selected in the NHL Entry Draft. A total of 17 Silvertips have advanced to play in the NHL.