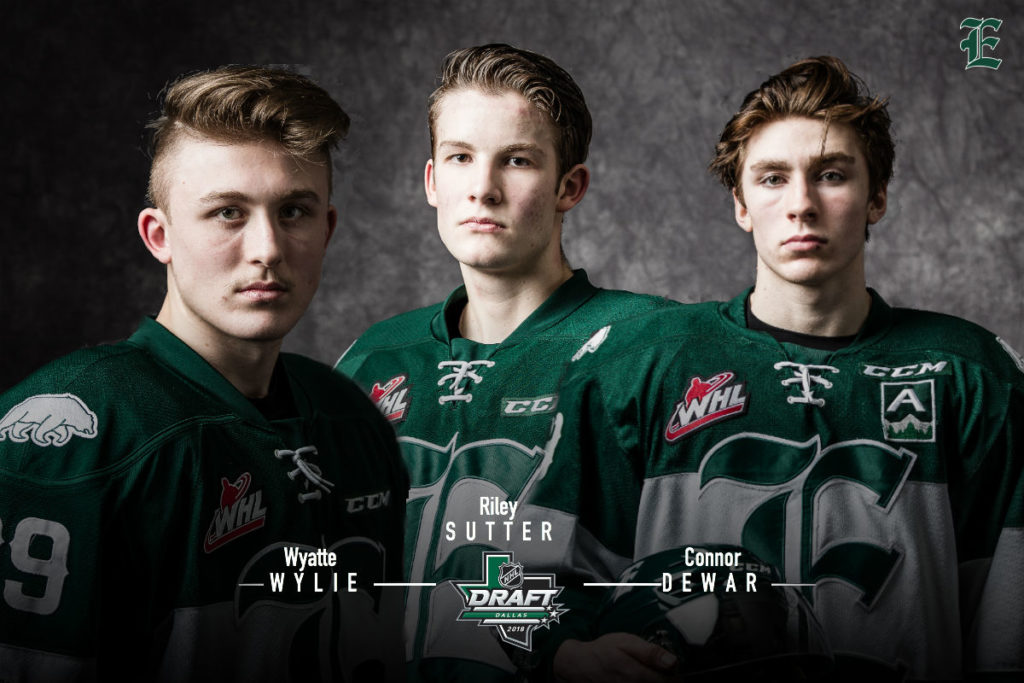 All three players, categorized as 1999-born eligible skaters, are a total of 45 players from Western Hockey League team included in the rankings for skaters and goaltenders eligible for this summer’s NHL Entry Draft, scheduled for June 22-23 in Dallas.

The native of The Pas, Manitoba is the youngest player in Silvertips history to reach 38 goals in a season, tied for fourth highest in Silvertips single season history (John Lammers, 2005-06). Dewar is tied for third in Silvertips playoff scoring with 13 points (4g-9a) in 10 games, leading the club with a +15 rating.

The 6-foot-3, 205 pound forward has 96 points, 46 goals, and 50 assists in 166 career WHL games, all with the Silveritps. He is tied for third on the Silvertips in playoff goals (5) and has eight points in nine postseason games heading into the Conference Finals.

His father, Ron skated 19 seasons as a forward and two-year captain in the National Hockey League with Philadelphia, St. Louis, Quebec, Boston, Phoenix, San Jose, Calgary and the New York Islanders. His Uncle, Darryl led the Los Angeles Kings to two Stanley Cup championships as head coach. Riley’s family includes ten former players who have suited up in the WHL.

Wylie, 18, is in his second season as a Silvertips defenseman with career highs already in points (31) and assists (25) along with six goals and a +12 rating in 72 games. The Everett native, first player to be drafted by and play for the Silvertips after suiting up in the Everett Youth Hockey program, was selected by the Silvertips in the sixth round (128th overall) in the 2014 WHL Draft and has 41 points and three power play goals in 143 career WHL games.

The 6-foot-1, 190 pound blueliner has racked up 16 points (4g-12a) in 34 games with a +16 rating since he was named to the Mid Term Rankings for NHL Central Scouting in January, climbing 108 spots to his current position.

At the 2017 NHL Draft, a total of 33 WHL players were selected, including seven in the first round.

UP NEXT: The Silvertips will launch the Western Conference Final at home on Friday at 7:35 PM (Fox Sports 1380 / WHL Live) against the Tri-City Americans. Tickets are still available, individual and group tickets, as low as $13, can be purchased at http://everettsilvertips.com/playoffs.