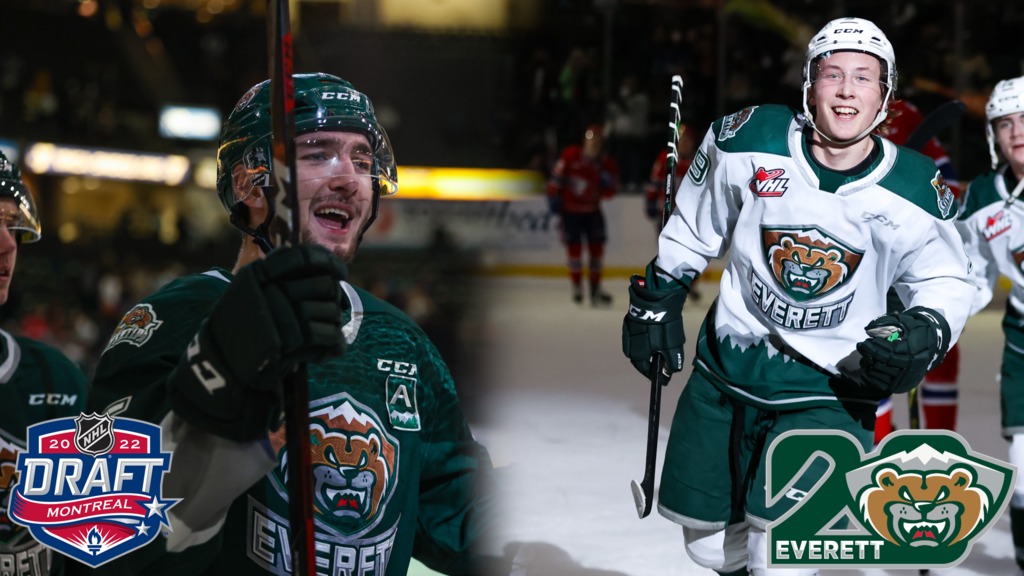 MONTREAL, QC — Two Everett Silvertips have been selected in the National Hockey League Entry Draft. Winger Ben Hemmerling and center Ryan Hofer have been drafted, both in the sixth round to the Vegas Golden Knights and the Washington Capitals, respectively. They are the tenth and eleventh Silvertips to be drafted under head coach Dennis Williams (since 2018) and the 29th and 30th players to be drafted from Everett in franchise history.

Hemmerling, an ’04-born Sherwood Park, AB native, finished tied for seventh on the team in scoring last season with 10 goals and 37 assists for 47 points in 57 total games played. He logged minutes at all three strengths, contributing eight powerplay assists and a shorthanded assist along the way and finishing as a +22 defensively. His best run of the campaign came between Nov. 27 and Dec. 10, a seven-game point streak featuring five multi-point performances. Hemmerling racked up a goal and 12 assists in that span. Hemmerling continued his outstanding playmaking in the postseason, registering a goal and three assists in a six-game series against the Vancouver Giants. He was ranked 86th amongst North American skaters by NHL Central Scouting in their final rankings.

Hemmerling is the first Silvertips alum to be drafted by the Vegas Golden Knights, who joined the NHL in 2017-18.

Hofer, an ’02-born Winnipeg, MB native, netted 25 goals with 33 assists in 67 games played in 2021-22- good enough for sixth-most in points on the team. Hofer was particularly impressive while centering Hemmerling and Niko Huuhtanen, orchestrating a 10-game point streak from Nov. 26 through Dec. 14. His punishing physical play and powerful north-south drive paid big dividends for the Silvertips, notching 13 multi-point outings in the regular season. He flourished in the WHL Playoffs with five multi-point performances in six games against the Vancouver Giants. Hofer was awarded Most Improved Player by the Everett coaching staff at the team’s year-end awards.

The Everett Silvertips will play their 20th season in franchise history in 2022-23. Season tickets are available by clicking HERE.