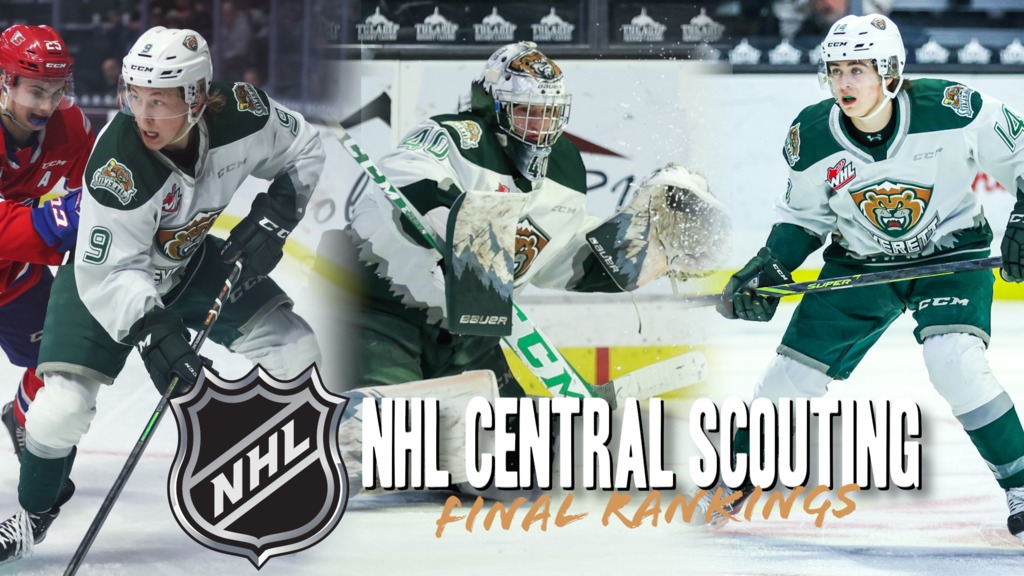 EVERETT, Wash. — The Everett Silvertips have three players named to the National Hockey League Central Scouting Final Rankings ahead of the NHL Entry Draft this summer. Ben Hemmerling and Austin Roest are among the top North American skaters, while Braden Holt is listed for top North American Goaltenders.

Hemmerling (’04, ranked 86th) finished tied for sixth on the team in scoring in 2021-22, posting 10 goals and 37 assists in 57 games. He accrued eight powerplay assists, and four of his goals were game-winners. Hemmerling was a tenacious forechecker throughout the season, utilizing his speed and his smooth hands to generate a myriad of scoring chances. He ended the regular season as a +22 defensively, tied for seventh-best on the Silvertips.

Roest (’04, ranked 180th) developed into a strong, versatile forward over the course of the 2021-22 season. Though used as a winger for most of the campaign, Roest slotted in at center at several points throughout the campaign and impressed with burgeoning face-off abilities and reliable two-way play. He finished the season with 11 goals and 19 assists in 59 games played, with one goal and four assists coming on the powerplay.

Holt (’03, ranked 11th for goalies) ranked as one of the winningest goaltenders in the Western Hockey League with a 24-6-4 record. His 2.56 goals-against average ranked 10th in the league while his .909 save percentage pulled in tied for 11th (min. 20 appearances). Holt recorded four shutouts in the 2021-22 season, including two against the Portland Winterhawks. He began the season 9-0-1-1, proving instrumental as the Silvertips strung together the longest point streak in franchise history out of the gate (18 games).

Hemmerling, Roest and Holt are among 53 total players from the WHL represented on the NHL Central Scouting Final Rankings.

The 2022 NHL Entry Draft will be held at the Bell Centre, home of the Montreal Canadiens. The first round will be held Thursday, Jul. 7, with the remaining six rounds held Friday, Jul. 8.