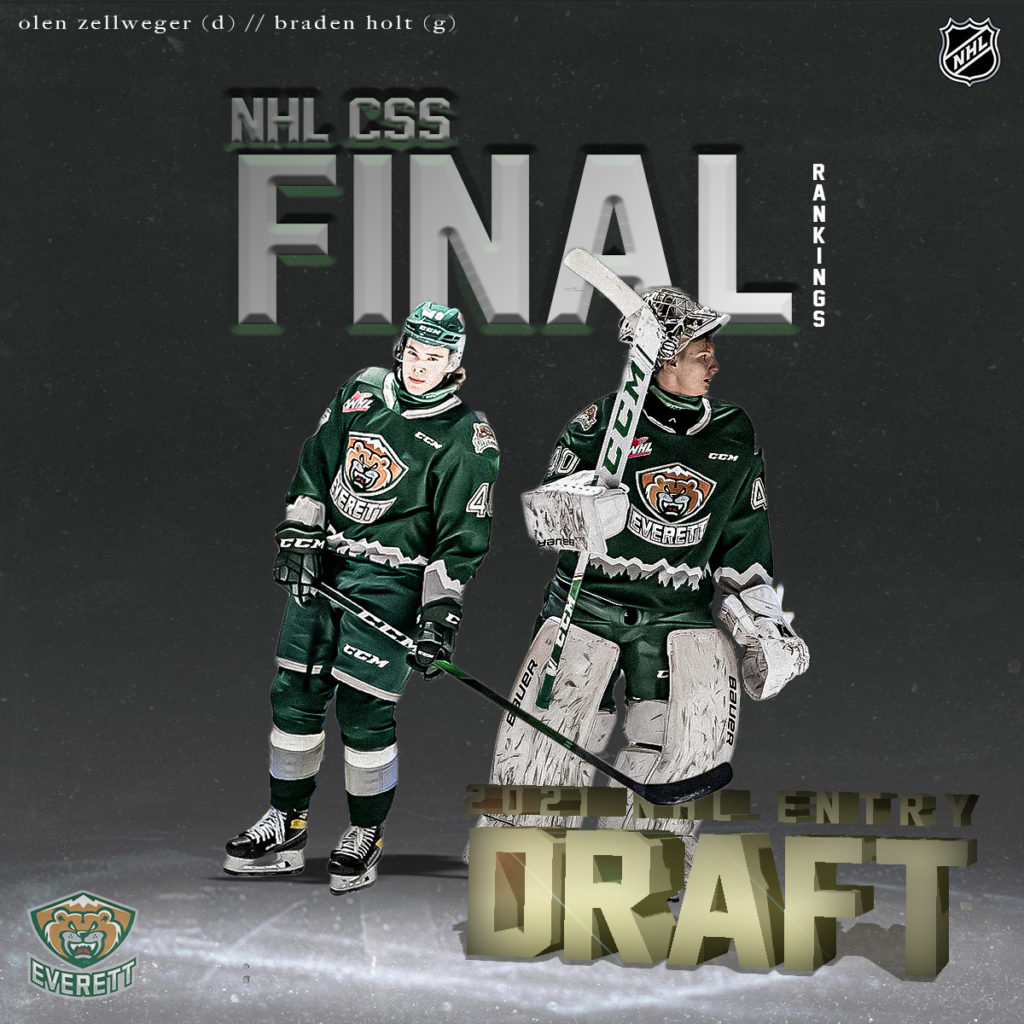 “It’s a great day for Olen and Braden on being recognized by NHL Central Scouting,” said Silvertips head coach Dennis Williams. “We were very grateful to have a season and to provide this kind of opportunity. We thank our owner Mr. Bill Yuill for his commitment to the 2021 season, allowing all our players the opportunity to showcase their talents to the NHL.”

The Silvertips have delivered eight players selected in the NHL Entry Draft over the last three years, including last year when three players were selected by NHL clubs:

A total of 20 players have suited up for the Silvertips and made their debut in the NHL.

Zellweger, who will turn 18 on Sept. 10, notched 13 points (2g-11a) in 11 games with the Silvertips en route to the U.S. Division title during the pandemic-shortened season, before departing with Team Canada for the remainder of the season where he earned a gold medal at the U18 World Championships. He tied the tournament lead for scoring among defensemen with eight points (1g-7a) in seven games.

The native of Fort Saskatchewan, Alberta was named to Hockey Canada’s U18 Team Selection Camp last June, as part of a group of 46 players who were set to compete for roster spots with Hockey Canada at the 2020 Hlinka Gretzky Cup, originally scheduled for August 3-8 in Edmonton and Red Deer, Alta., before cancellation due to the coronavirus (COVID-19) pandemic. He also competed with Team Canada in the U17 World Hockey Challenge in the 2019-20 season, where he had a pair of assists in five games.

Holt, who turns 18 on July 30, went 1-1 in two appearances this season with the Silvertips before joining the United States at the U18 World Championships. The 6-foot-2, 160-pound goaltender and native of Bozeman, Mont. earned his first career WHL shutout last season on Mar. 6, making 16 saves against Tri-City.

He went 4-2-0-0 in eight games during his rookie campaign with a .926 save percentage, 1.82 goals against average, and a shutout after making his WHL debut on Dec. 27, earning third star honors with 19 saves on 20 shots.