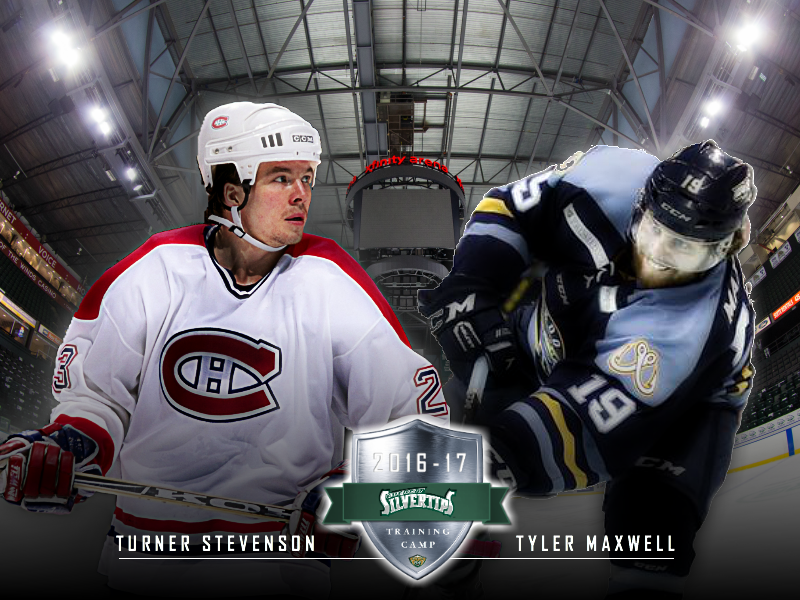 Guest coaches selected to assist practices with the Everett Silvertips, proud member of the Western Hockey League, have been announced for the 2016-17 training camp session held at XFINITY Arena.

Turner Stevenson, who earned a Stanley Cup championship in 2003 and skated for 13 seasons in the National Hockey League as a forward with the New Jersey Devils, Montreal Canadiens, and Philadelphia Flyers, will be joined by Tyler Maxwell, a veteran of 213 career pro games as a forward in the ECHL and Europe.

Stevenson, 44, is also starting his first season as head coach of the Everett Jr. Silvertips Under-16 AAA program, has built his coaching resume with two seasons as an assistant coach in the WHL with the Seattle Thunderbirds (2007-08) and North American Hockey League with the Wenatchee Wild (2011-12). He helped guide the clubs to a combined record of 78-40-14 in his two seasons behind the bench, adding to experience with several rep level teams across youth hockey.

The native of Prince George, B.C. suited up in 644 career games and a pair of Stanley Cup Final series in the NHL with 190 points (75g-115a) and 969 penalty minutes. He hoisted the Stanley Cup as a member of New Jersey in 2002-03 and for his career in the Stanley Cup Playoffs, he skated in 67 games to go with 18 points (6g-12a). The coaches he has suited up for in his NHL career include Pat Burns, Larry Robinson, and Alain Vigneault.

Stevenson, a resident of the Seattle area, suited up in 246 career games over four seasons (1988-1992) in the Western Hockey League with the Thunderbirds, registering 203 points (100g-103a) and 846 penalty minutes. He was named WHL (West) First Team All-Star and Canadian Hockey League Second Team All-Star in 1991-92 when he had 52 points (20g-32a) and 304 penalty minutes in 58 games with the Thunderbirds, host of the Memorial Cup that season.

Maxwell, 25, returns to Everett with 158 games of experience in Toledo, Alaska, Stockton, Ontario, Bakersfield, and Ontario of the ECHL while compiling 60 points in 55 career games with Valpellice (Italy) and EC Salzburg (Austria), respectively.

His career high stands with 51 points and 24 goals in 63 games with the Stockton Thunder in 2014-15, where he served as alternate captain.

The native of Manhattan Beach, Calif. never missed the playoffs in his WHL career, ranking as the Silvertips all-time leader in goals (107) and fourth in points (195). As a part of Everett’s “Kid Line,” he posted career-highs in points (69), and assists (36) in 2009-10, helping lead the Silvertips to a 46-21-0-5 record. He buried a career-high and Silvertips leading 41 goals the following season before helping Edmonton capture a WHL title in 2011-12.

Stevenson and Maxwell will be joined during Silvertips training camp, opening Thursday at XFINITY Arena, with an assortment of guest coaches and hockey staff.